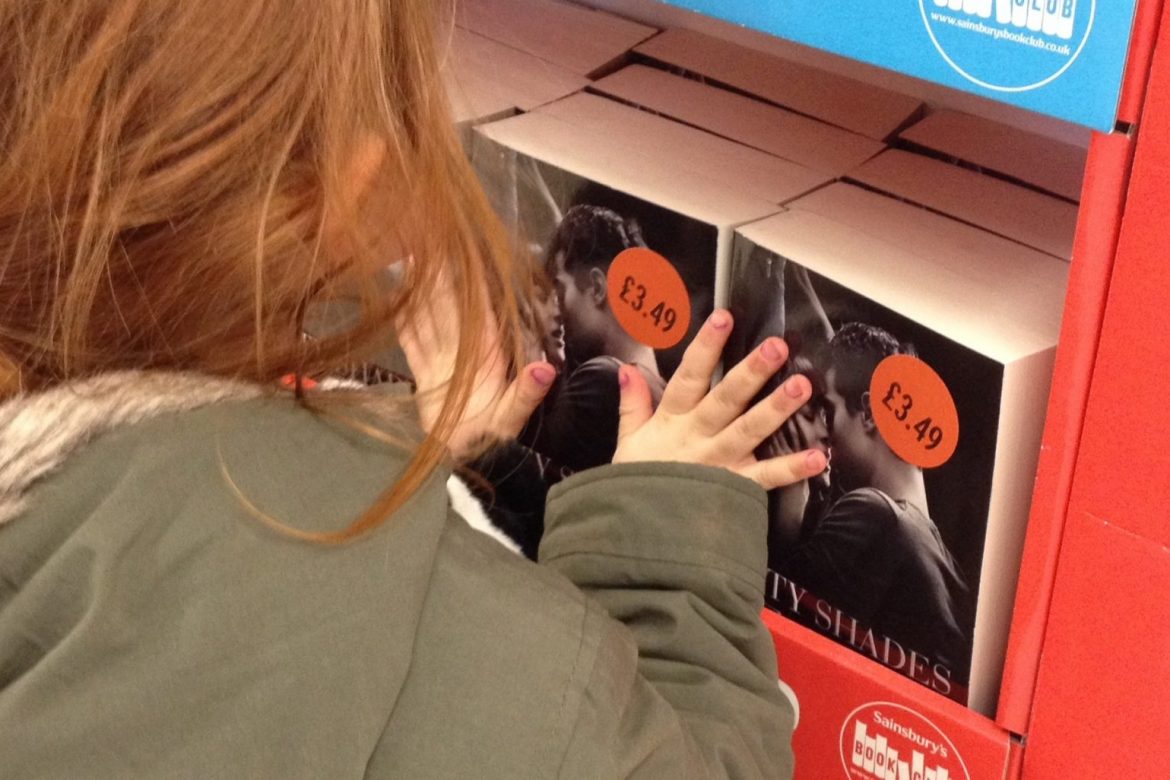 Five funny things from Ava over the past few days:

1. She called Thea “The People’s Princess.” I nearly spat my tea out with laughter. Where on earth did she hear that?!

2. She nonchalantly announced that her toy dog is called ‘Lucifer’! When questioned about where she’d got that name, she said it was what Cinderella’s cat is called. Cue sighs of relief all round.

3. We popped to Sainsbury’s, and Ava wanted to carry the basket. She picked up a book and said she wanted to buy it. I glanced over, saw it was a paperback novel and told her it wasn’t suitable as it was a long, grown up book, with lots of words and no pictures. So she opened it up to check. But she still wanted it. I was looking at things so wasn’t really paying attention, and let her put it in the basket for a while, until I’d finished, to keep her quiet. Then I looked down to see this:

Sorry about the dreadful photo, but I was so taken aback to see that the book she had chosen was none other than Fifty Shades of Grey. Nice choice for a four year old! It looks good nestled alongside her Disney Princess phone, her handbag (full of jewels) and Lucifer, doesn’t it!?

I finally persuaded her to put it back, whereupon she insisted on tidying up the shelf!

I could not get out of there fast enough. (Also I’m not sure Mary Berry would approve of the positioning of her book on the same stand!)

4. I was reading her current favourite book, The Day the Crayons Quit (which, by the way, is a brilliant book) and it mentions wheat. Then, with a triumphant smile, came,

“Wheat grows up to be…. Weetabix!”

5. She went to the fridge to get a snack and came back with some fairly old grapes. She ate a few, then picked out a couple of really squashy ones and said, “These are the wicked ones. Are they poison?”