Ava, Make & Do, My Favourite Family, Thea, Things I Love

Thea has been exceptionally cheeky this week. She decided that my new pot of ivy needed a bit of extra decoration… I really, really hate stickers. 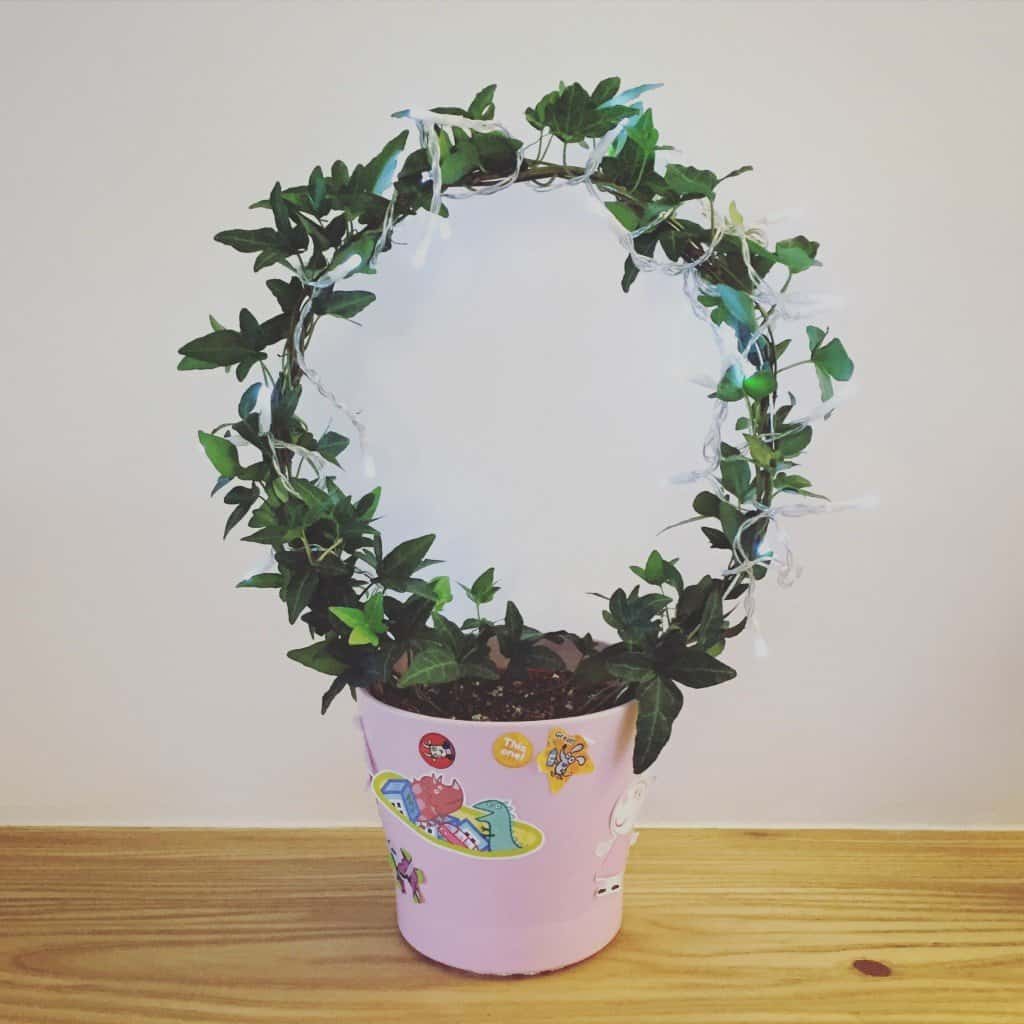 It is quite nice to see her like this though, as she’s been feeling really ill for the past week and a half, so it’s good that she’s back to her normal self. Though she’s totally playing us, as every time we ask her to do something she doesn’t want to do, she coughs and says “I can’t, I’m still a bit poorly!” Here she is, lolling about in the hall still watching TV, after I asked her to put her shoes on! She looks really ill doesn’t she! 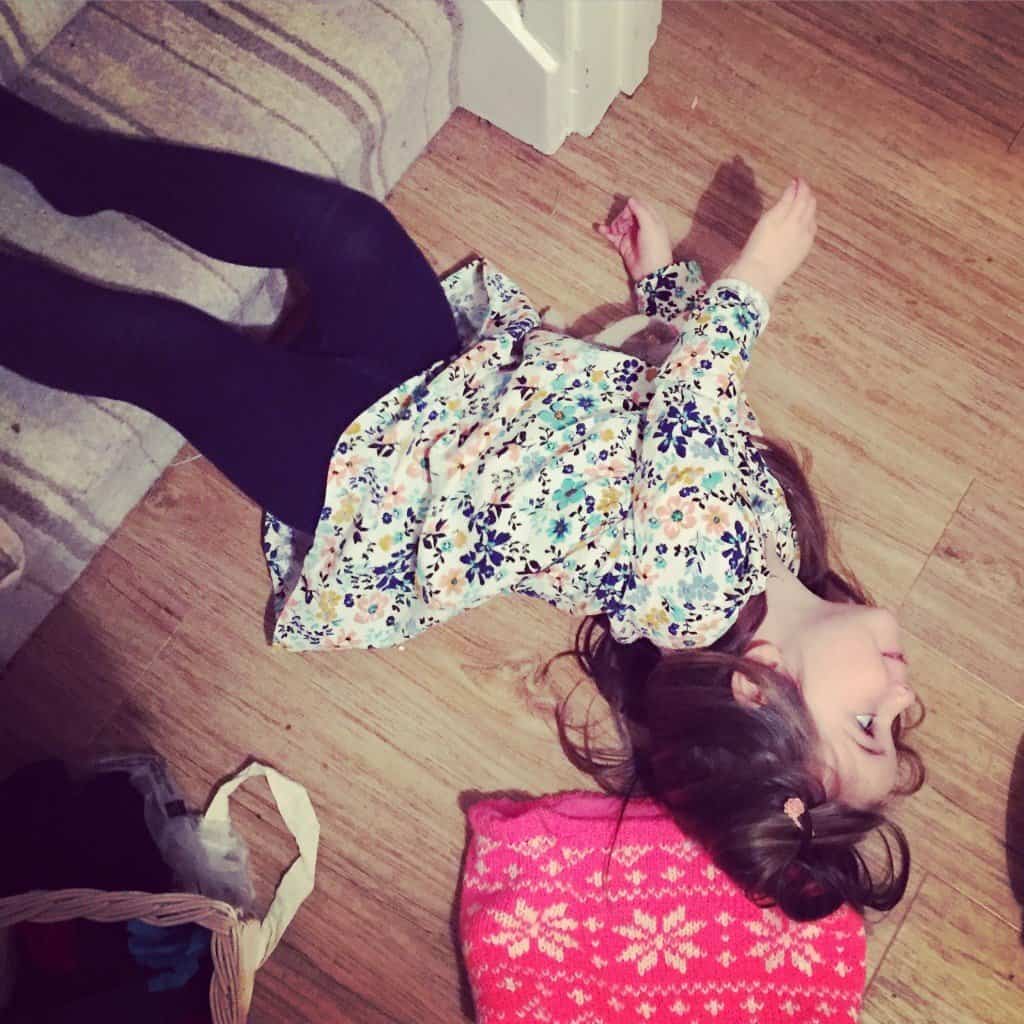 On Saturday, I came into the living room, to find loads of little bits of paper everywhere. Thea had found the scissors. At least it wasn’t the curtains though! 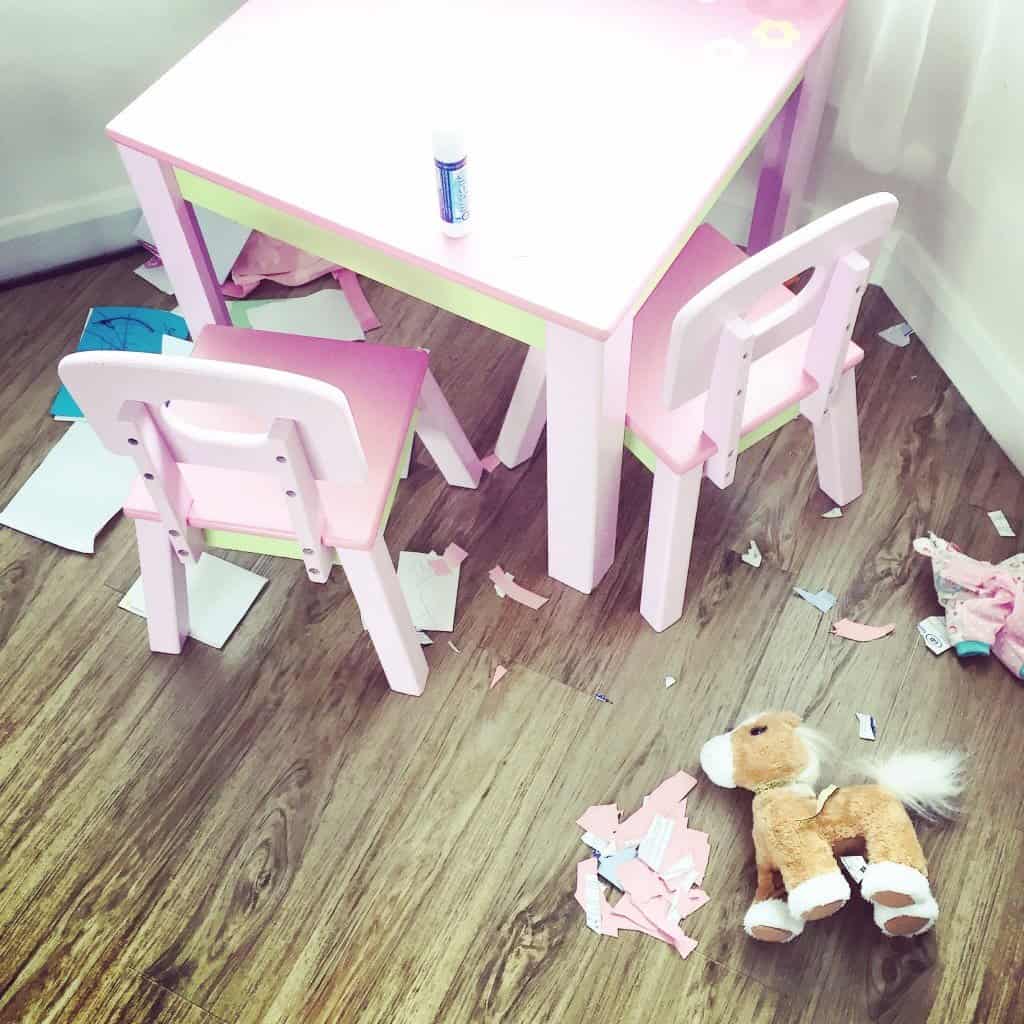 Ava then made a kind of obstacle course, including a broom over their chairs, and lead Thea (who was being a dog at the time) around it, with her stretchy belt as a make-shift lead. They have been playing so nicely together this weekend, it’s such a refreshing change, as they have been winding each other up quite a bit recently. They took over the kitchen as well, and made a house out of all sorts of random things, including the bin and Ryan’s wellies! Today, Thea burst into the bathroom when I was in the shower, waving a picture of some brownies, asking if we could make them. I asked what ingredients we would need and she said, “Chocolate… and brown.” We didn’t end up making that kind, we made a much easier recipe we spotted on CBeebies, that had a few more ingredients than chocolate and brown: a lot of Nutella, some eggs, flour and white chocolate drops. They were pretty yummy and very easy. Thea got in a right mess. They had a whale of a time! 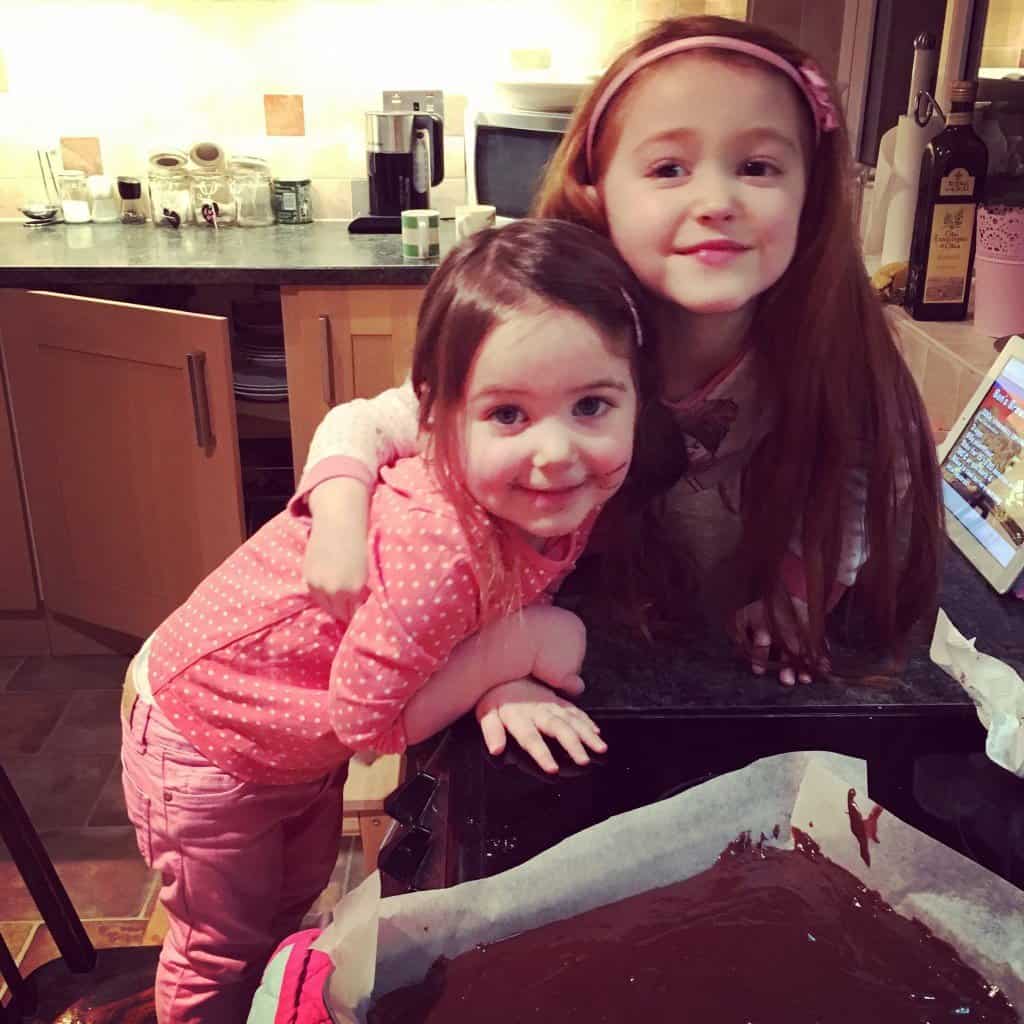