I’ve been looking through a few old wallets of photos (from the days when you actually had to print them to see how they turned out. I feel old.) and came across this. It was taken when I lived in North Carolina for a year as part of my university course. I had  such a brilliant time, and did quite a few road trips in this beauty. It  took me and my friend all the way from Chapel Hill up to Ontario and Montreal (in deep, deep snow), via Richmond, Washington DC, Boston, some random place in New England, and back through New York. Then it took me and some other friends all around the Deep South. It did us proud, despite the lack of air con.

(Sorry about the flash mark in the middle. I had to take a photo of a photo.) 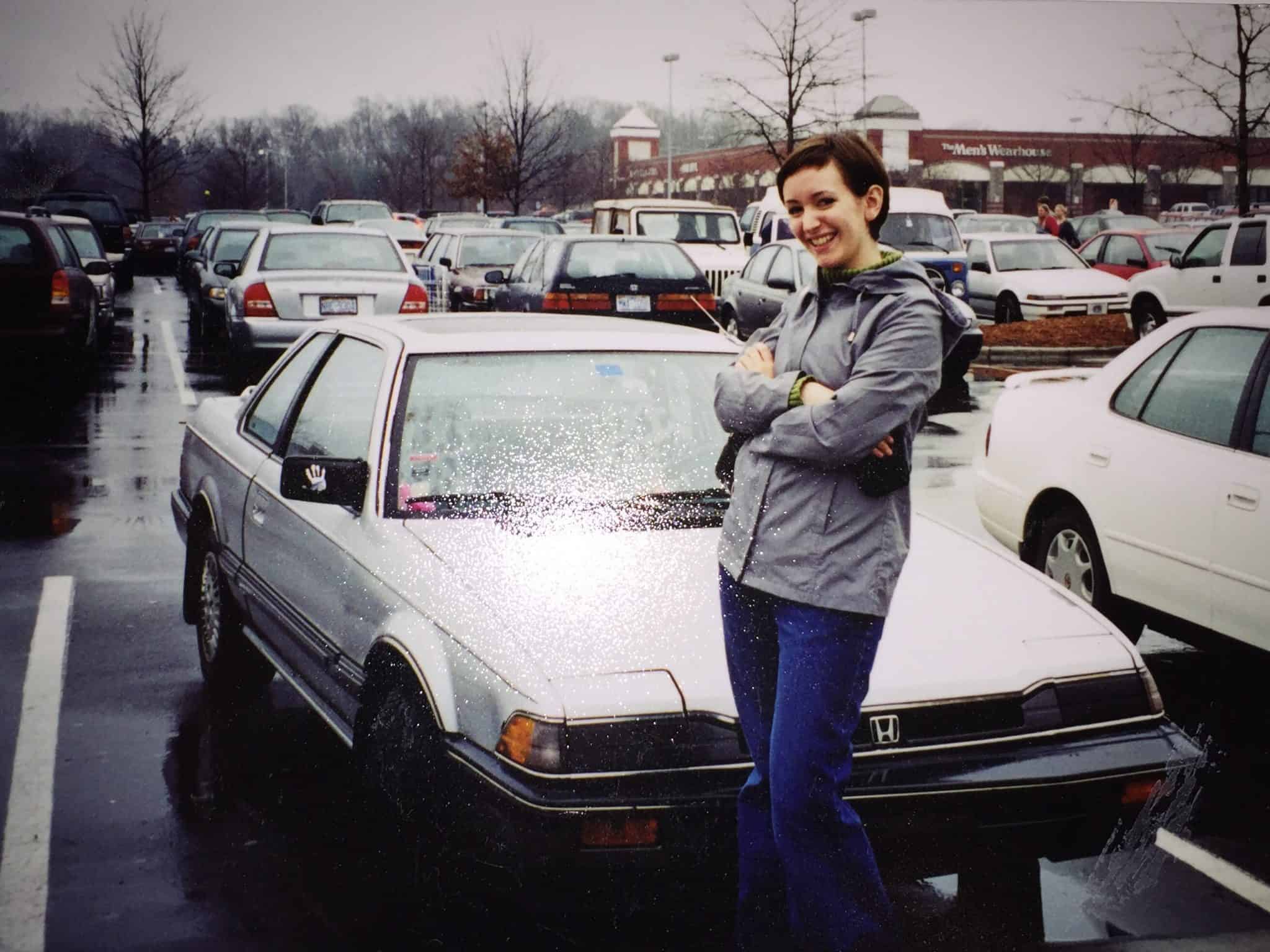 I was 21 in this picture. This was my first (and most beloved) car. It had pop up headlights. Just look at the pride in my face!

I loved this car so much. It was from 1982 so was nearly as old as me. It had a bumper sticker saying “You ain’t had enough chicken until you start to cluck.” Goodness knows why! And the seats were really rank, so I got some cow-print covers. One American student referred to it as ‘Ghetto” and I was kind of amused, but also offended. She had a brand new SUV from her parents. But I know that my battered Honda made me much, much happier.