Make & Do, My Favourite Family, Recipes, Things I Love

Lots of you seem to be enjoying my gluten-free recipe ideas so here is another one!

This one is adapted from another Jamie Oliver Ministry of Food recipe and can be found here Garlic Chicken | Chicken Recipes |Jamie Oliver Recipes. 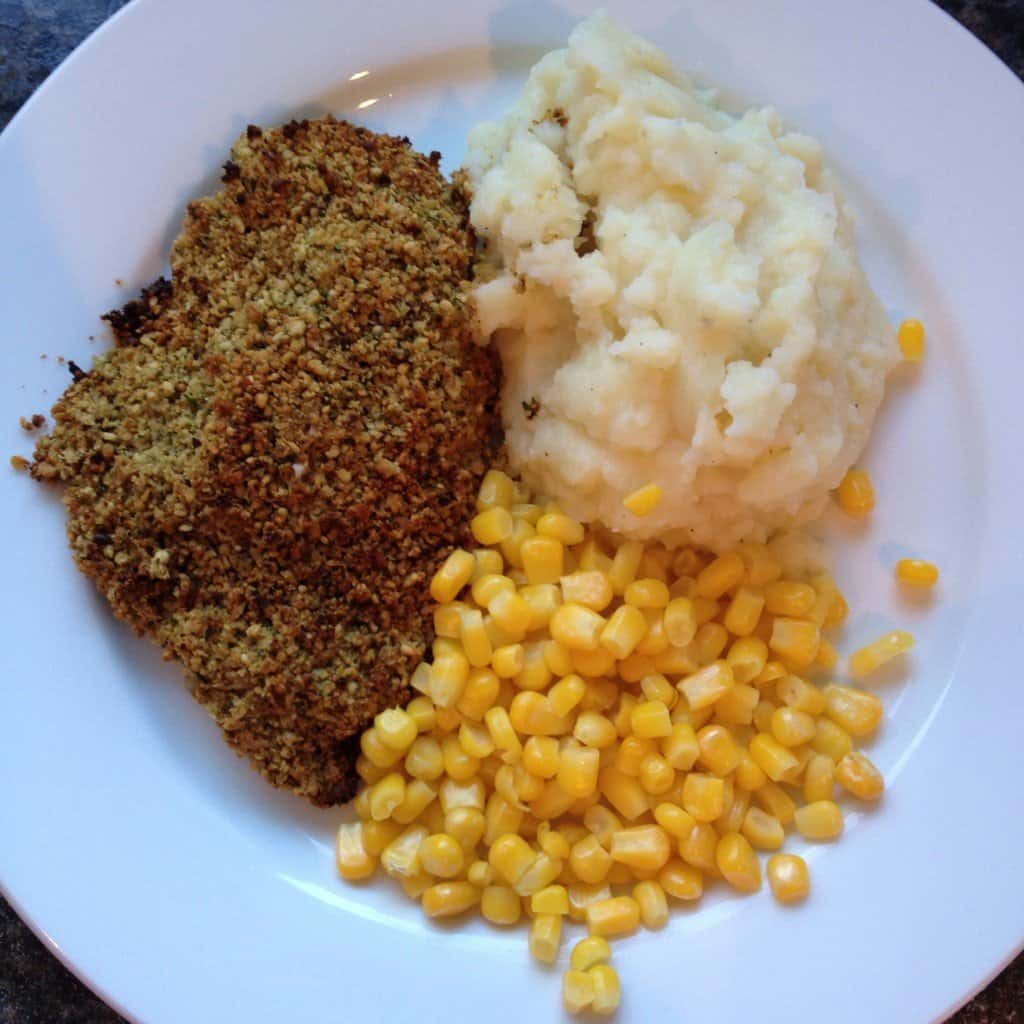 Mr O makes it with cream crackers but I’ve found oat cakes work just as well, and if you are avoiding all gluten you can use the gluten-free oat cakes, and swap the flour for gluten-free flour.

I was making a double quantity as this only serves two, so I used 12 oat cakes, and also chucked in a few multigrain Ryvita, as I wasn’t sure the oat cakes would be enough. I also only had one lemon. Here is before mixing, and after. 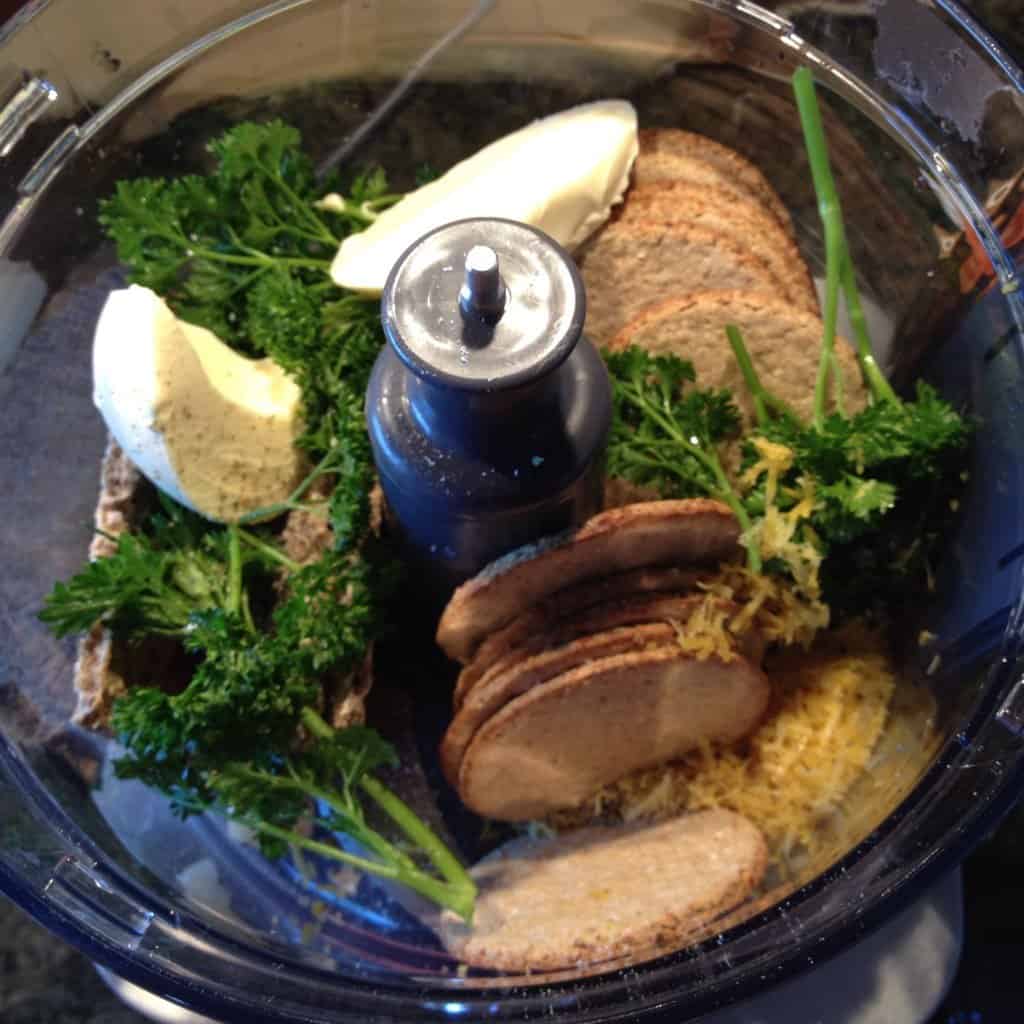 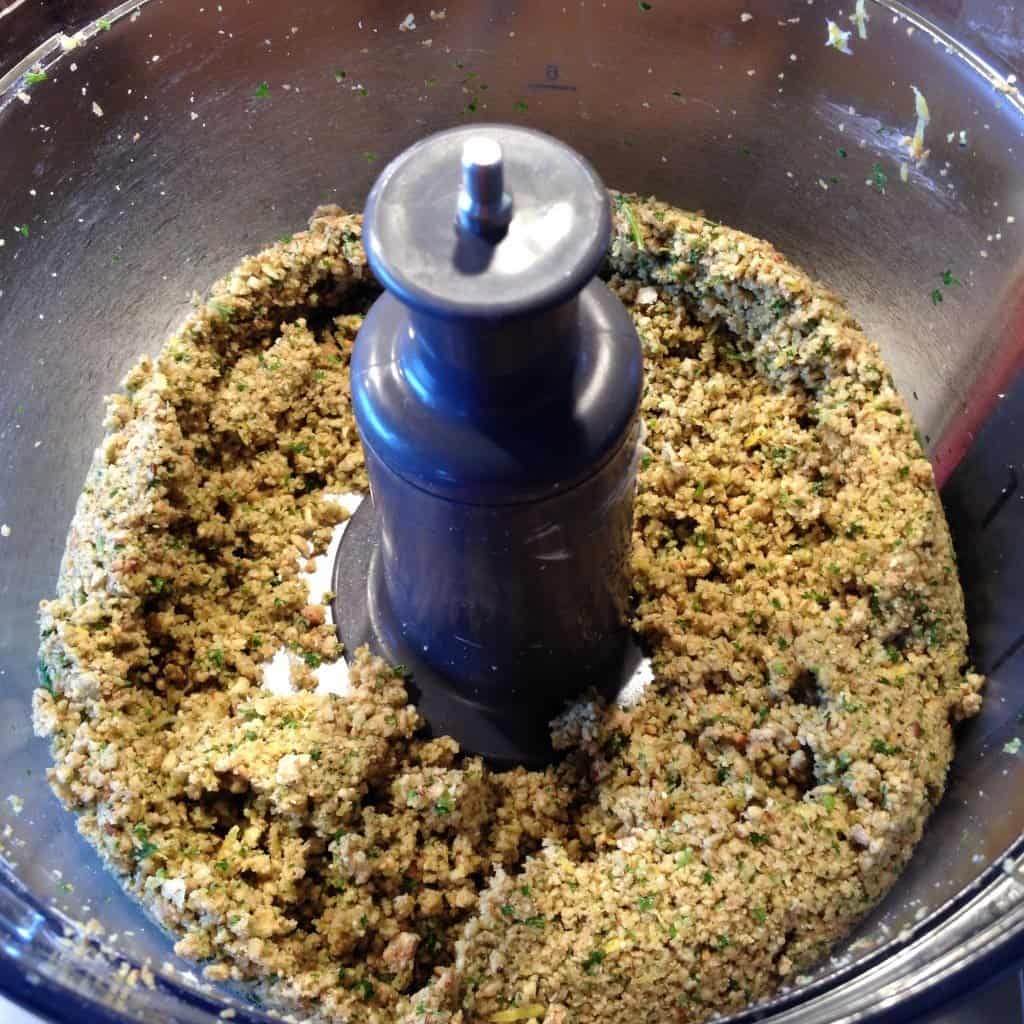 After whizzing it all up, I added some of the juice from my lemon, to make up for not having enough zest.

Then I got my chicken breasts and cut off any yucky bits, and scored the bottom. Then I laid some clingfilm over the top and based them with a saucepan. I liked this part, good to wear off any frustrations! 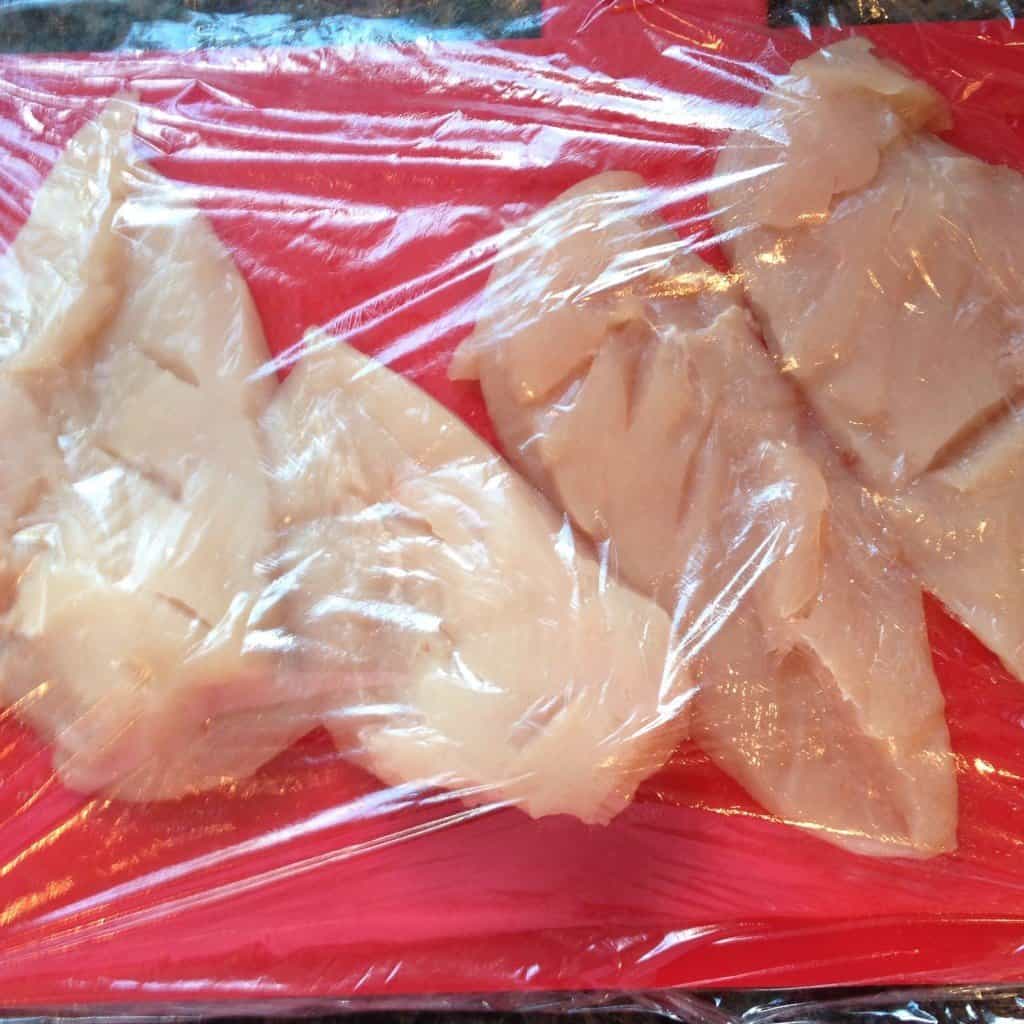 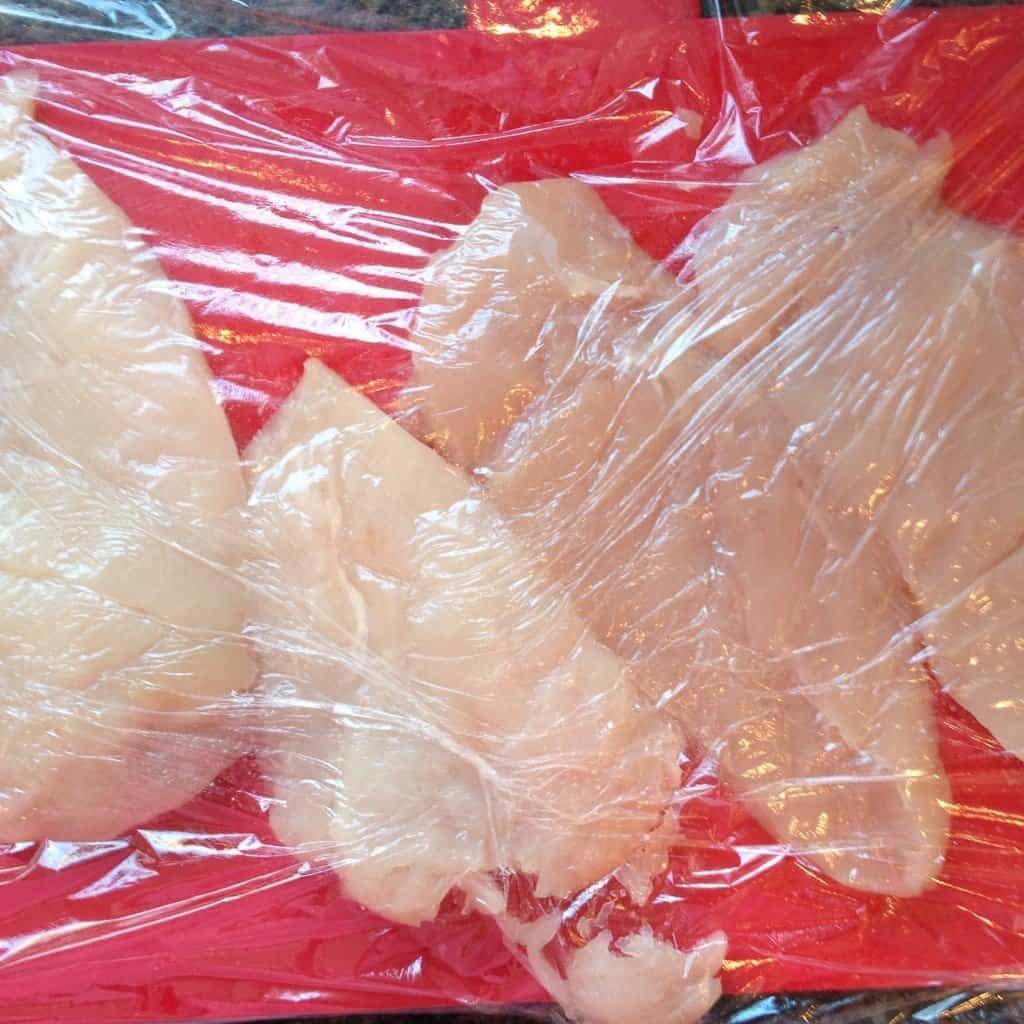 I tipped the crumb mixture out on to a plate, put the flour on another plate and beat two eggs in a bowl, and made my production line with a baking tray at the end.

Ava was keen to help so I showed her what to do: coat the chicken with the flour, dip it into the egg until it’s covered, then lay it onto the crumbs and press them all over, covering the top and bottom. Then put it on the baking tray. 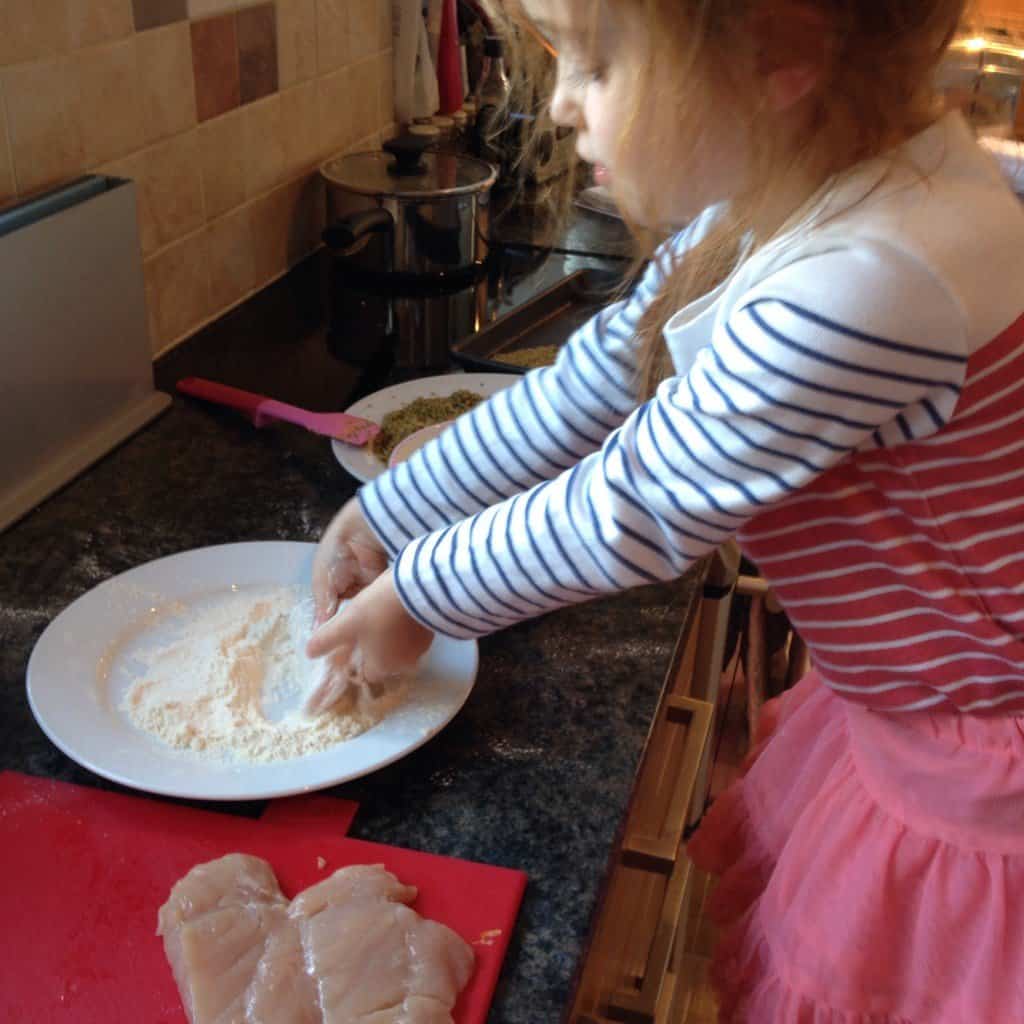 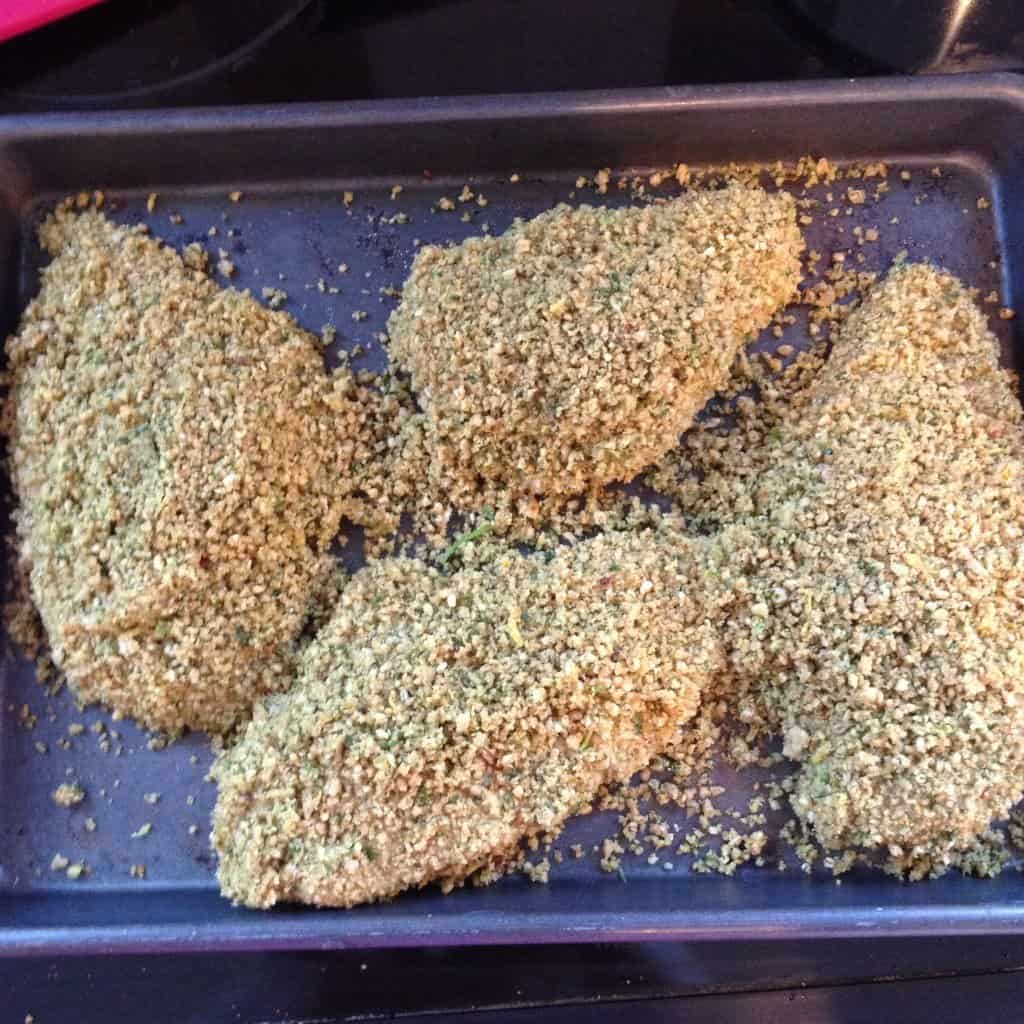 Ava really enjoyed it as she could get so messy!

Because I hadn’t ever doubled the recipe before, I just literally doubled everything, but next time I will just use the same amount of egg and flour as there was quite a lot left over.

We cooked the chicken for 15 minutes on the highest temperature and ate it with mashed potatoes and sweetcorn.

Thea, as always, gobbled it up, and Ava liked it too, but took forever to actually eat it. 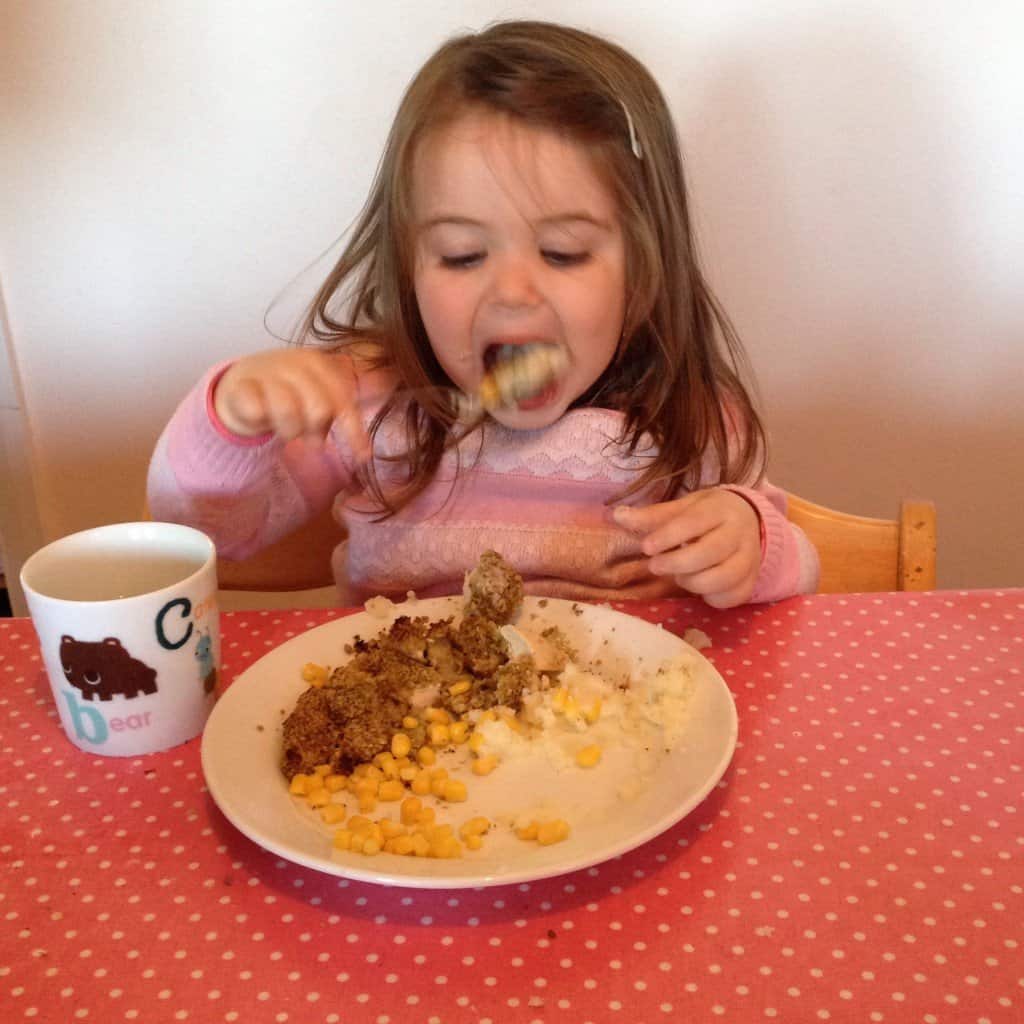 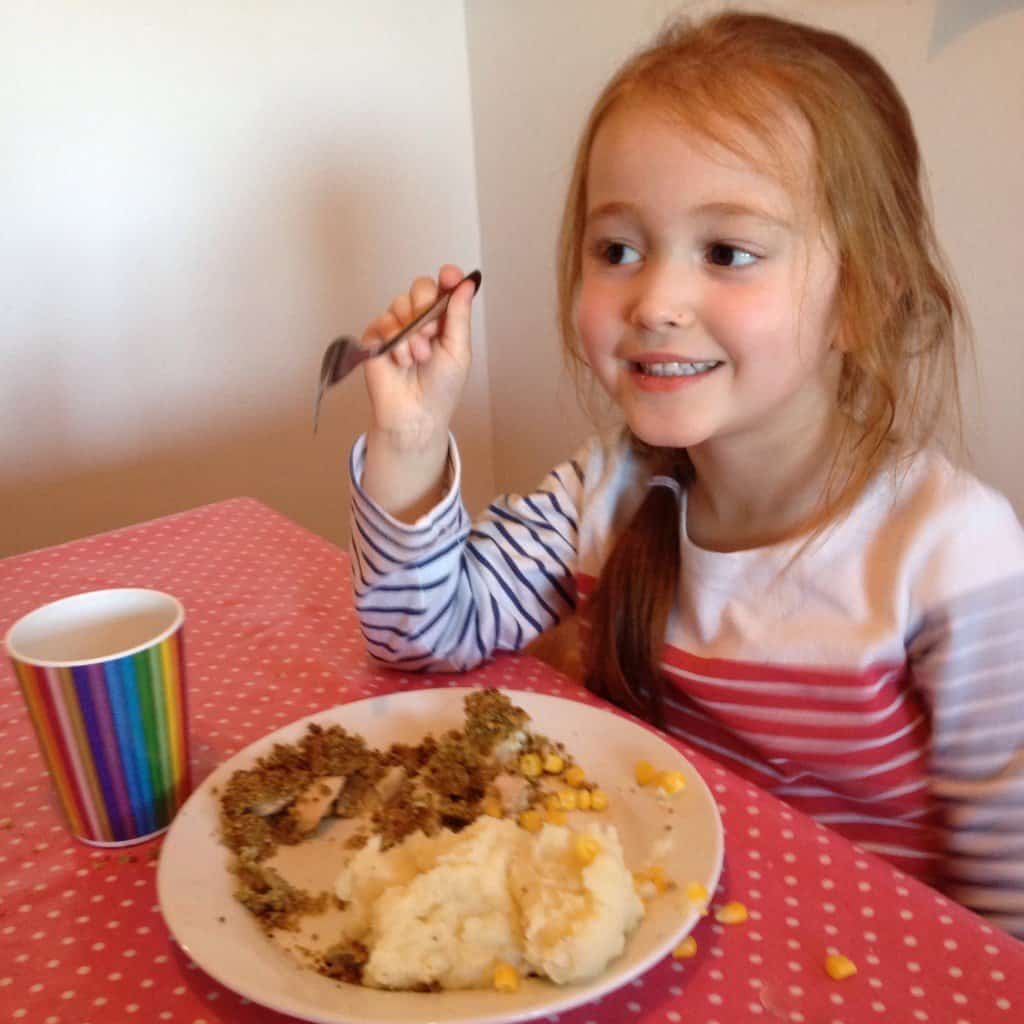 It smelled and tasted great – but this recipe does create a LOT of washing up, although in my opinion, it’s worth it!