Ava And The Scissors: A New Haircut & ‘Customised’ Uniform

I went to pick Ava up from school and her teacher met me and took me to one side.

She gently broke the news that Ava had cut her own hair.

Of course I had visions of her lopping off her plait and when she said they had saved the hair, I was imagining a carrier bag full. Fortunately, it was just in a small envelope: you can imagine my relief! 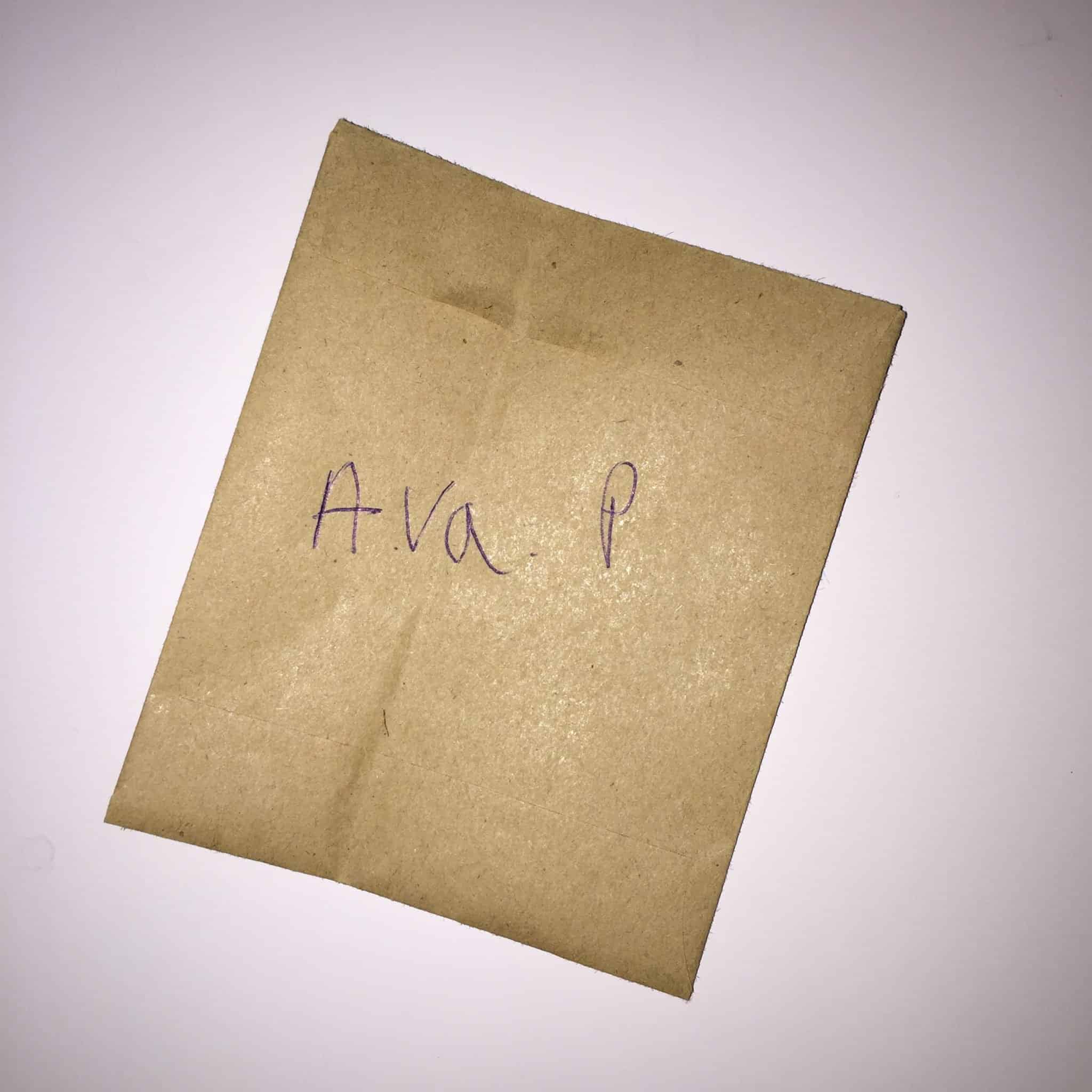 So here she is, modelling her new fringe… 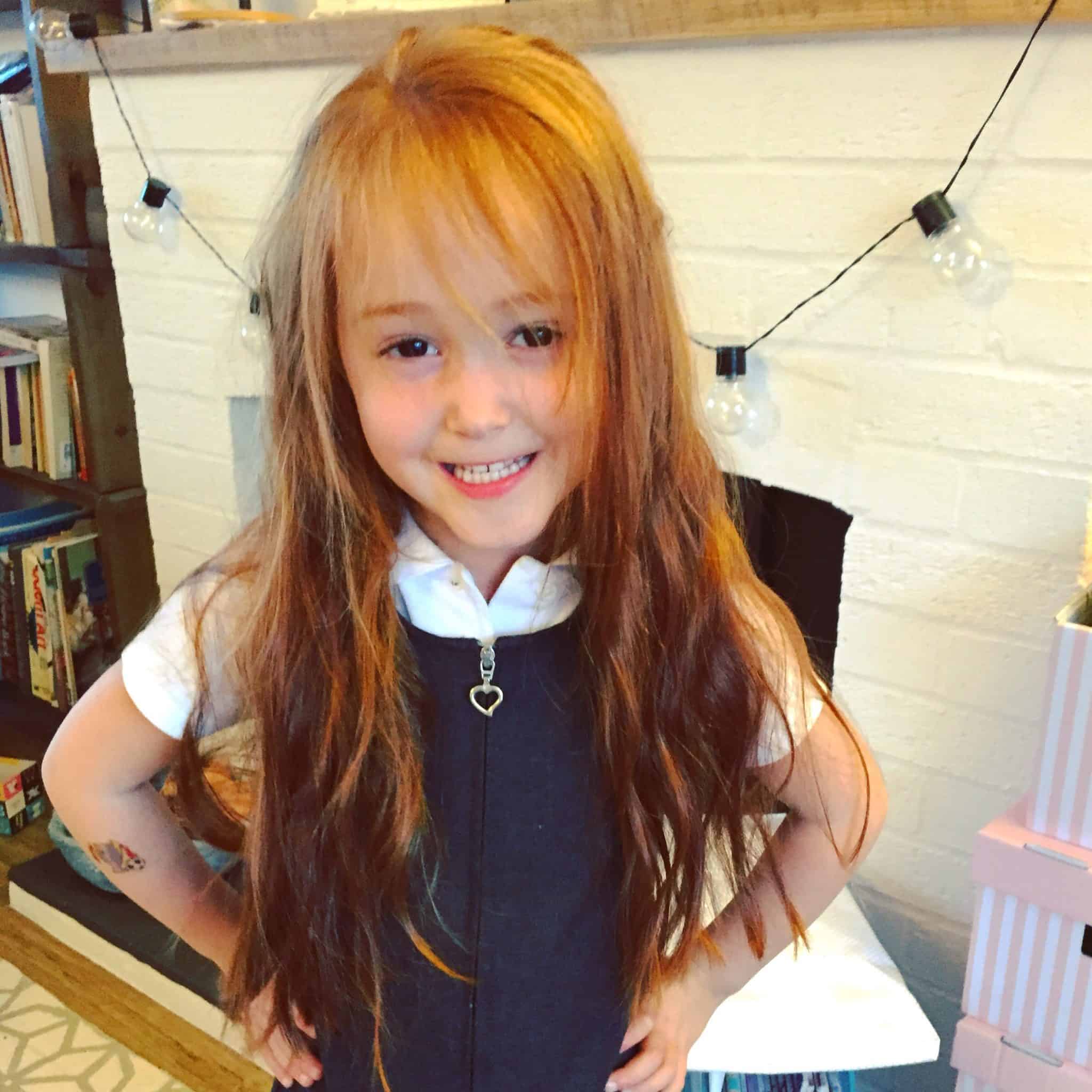 I tried to be strict about it and let her know it wasn’t the right thing to do, but she kind of rocks her new look, so I found it hard. I was just grateful she hadn’t cut any more off!

But, by not telling her off properly, I may have inadvertently opened the floodgates to more scissors-related adventures.

A few days later, I was doing the washing and noticed a series of snips along the hem of one of her school dresses… 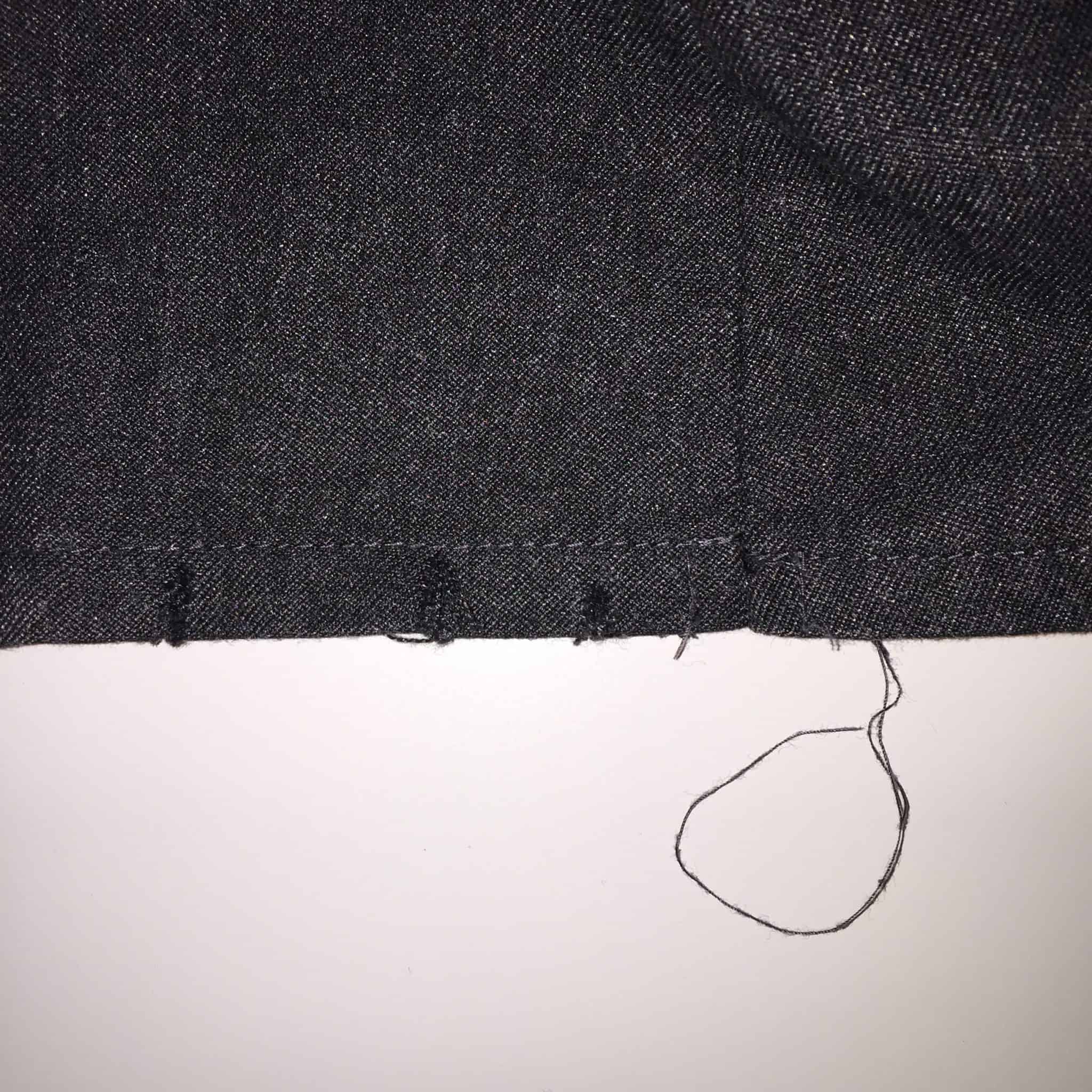 And then this missing button on her cardigan… 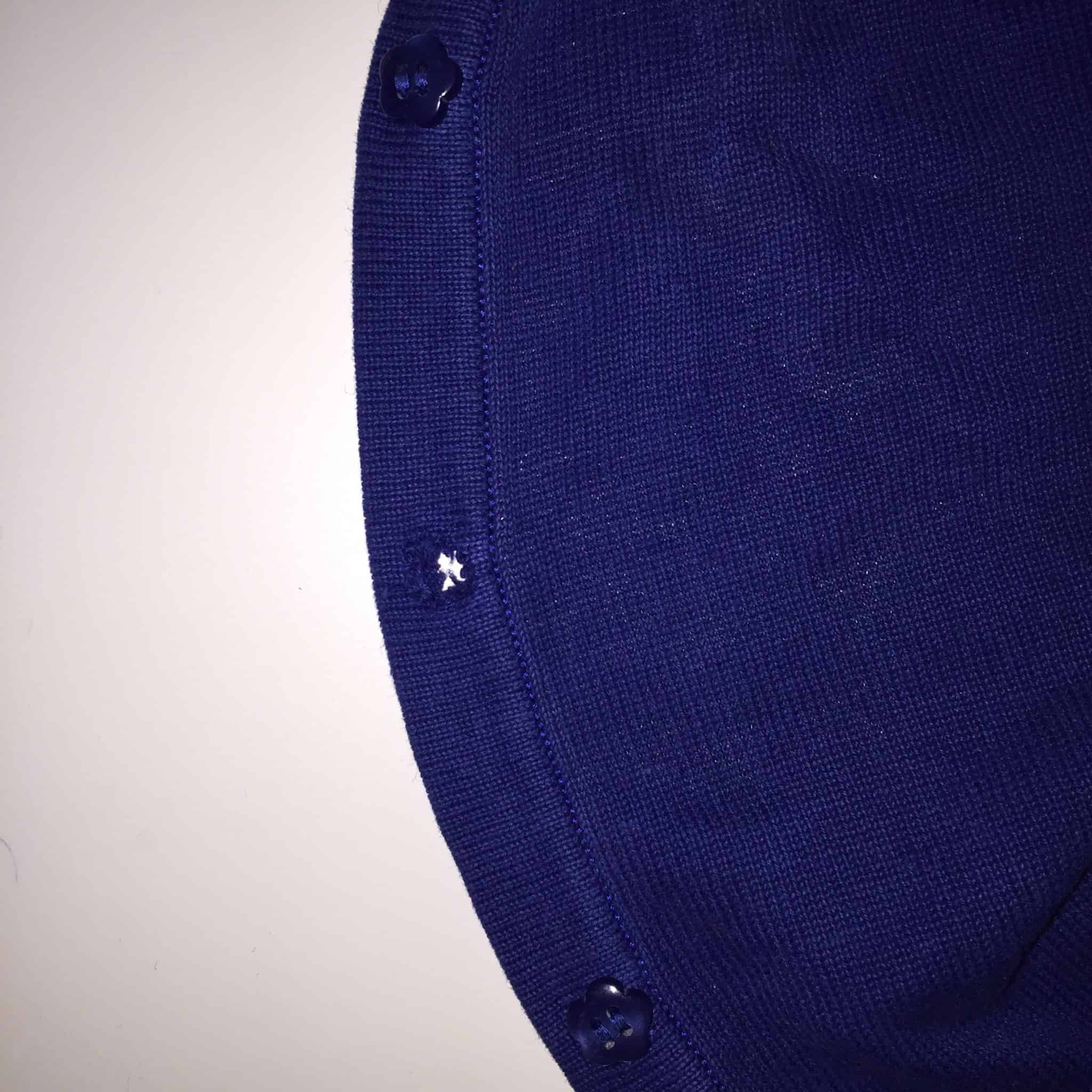 Now Ava’s story is that someone at after school club was dragging her around by her cardigan (!) and it “popped off”. Well I don’t know about you, but to me, this looks like she has cut it off – though maybe I am overly suspicious because of her hair and dress! Anyway that hole is pretty big, so even if she hadn’t lost the button, I don’t think I would have been able to sew it back on anyway!

I shared the story of Ava’s haircut on Facebook and several friends commented that they had cut their hair when they were kids, including one girl who had cut off one of her bunches, as she wanted to be like Cyndi Lauper. Her poor mother.

Scissor destruction runs in our family. When my mum was a child, everyone kept singing a song to her about a little girl who had a little curl right in the middle of her forehead. She must have really hated that song, as she cut off her fringe, and hid the curls behind the bin. We don’t know why she didn’t just put them in the bin. Kids are weird. 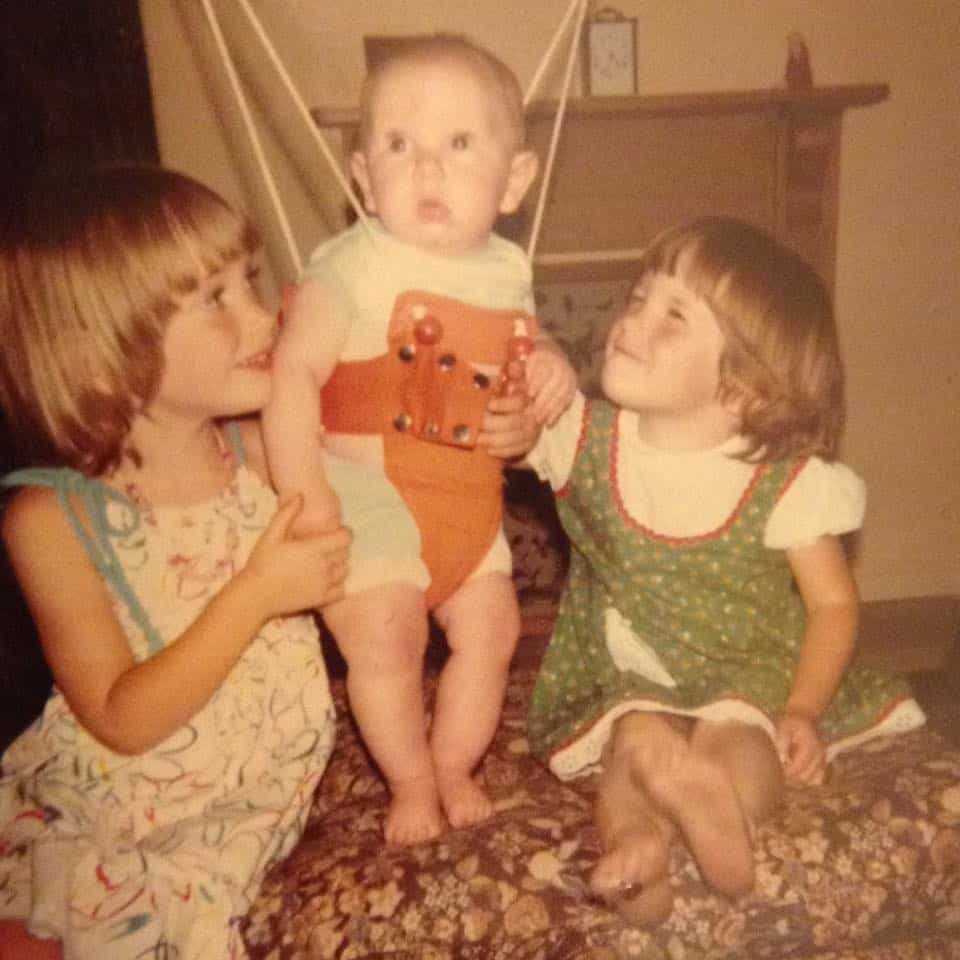 Just look at those bowl cuts. And the sofa fabric.

My sister Debbie had a lovely dress that mysteriously got a cut in it, which my mum had to cover over with a faux pocket. She swore blind that Mr. Toad had done it. And I think she still believes that to this day…Sshe dug out this photo, she’s on the right and the pocket is there, so it must have been after naughty Mr. Toad attacked it with the scissors!

Have your kids ruined anything with scissors? Or is it just Ava?