Christmas has been and gone in a flash, as usual. Our December has been fun, but so busy, with Ava being ill twice, and my work really taking over. Here are some highlights of our month, and a few lows!

Ava had a mystery illness that made her hip really hurt. The doctor was a bit worried so I took her to hospital. After nine hours and some blood tests, we took her home to bed. The tests were all clear and she was pretty much fine the next day. Very strange! Granddad brought her round a princess magazine so she was very excited about that.

The week after, she got a double ear infection, which also coincided with her 7th birthday. She was so sad to miss the school disco and carol service but managed to get better for the last day of school.

I spent several hours putting together our mini house Advent Calendar on the last night of November. It drove me slightly crazy, but was worth it to see their faces the next morning.

We had a great amount of snow this month, and the girls had a day off school! They were so excited. I didn’t get many photos but here is one of Thea. 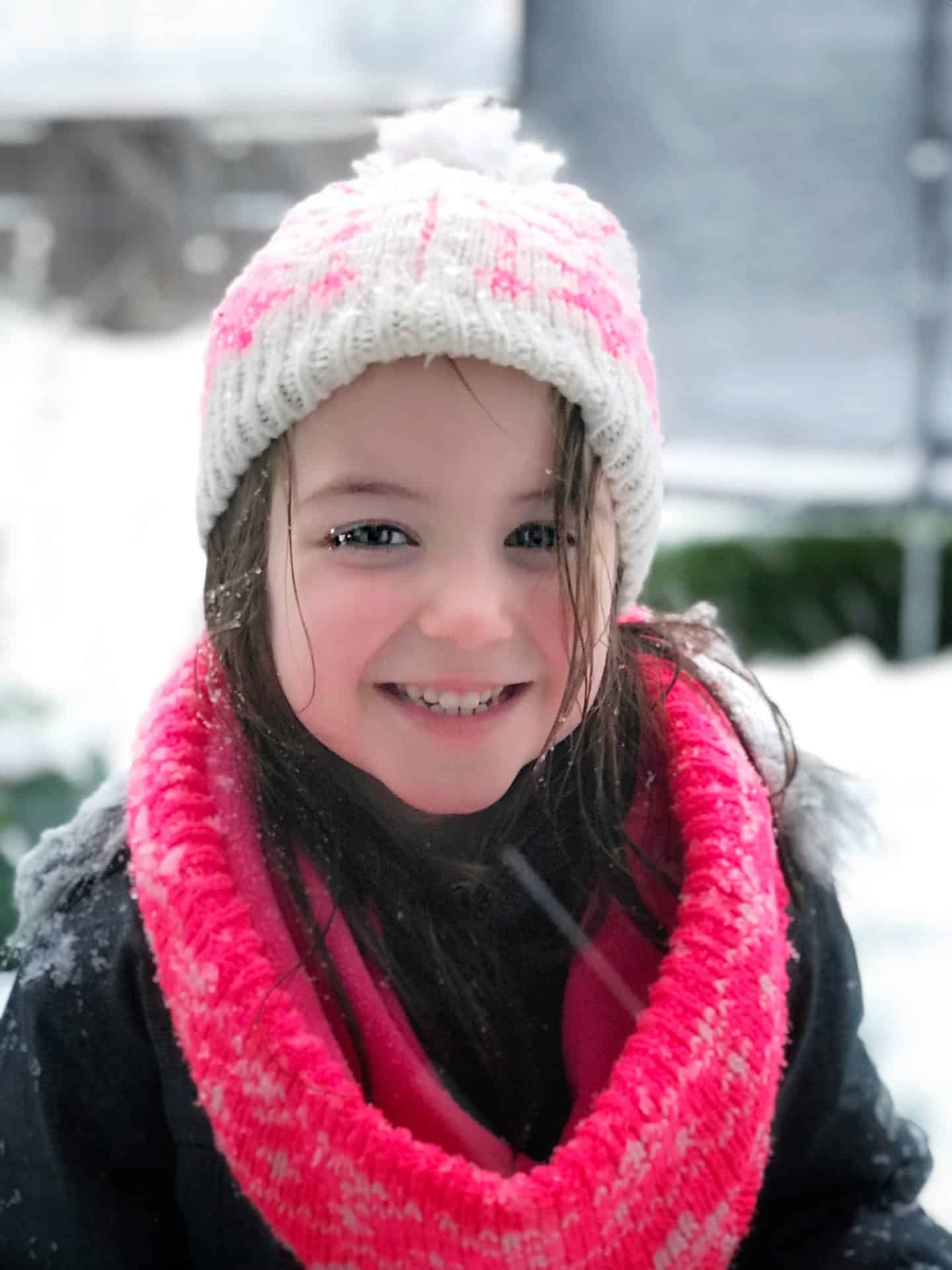 The girls did brilliantly in their Nativity plays and made some excellent Christmas cards at school.

Although Ava was ill on her actual birthday, her party lucky fell between her illnesses. It was on the very snowy day so we had a rather alarming drive over to Splash Zone. The kids had a blast, though it was quite weird being in such a hot place when it was snowing so much outside.

I managed to be super organised this year and booked lots of lovely Christmas activities back in the summer. I will definitely try and do that again next year as it means we have lots to look forward to.

We were invited to visit Father Christmas at Dobbies Garden Centre in Milton Keynes and had a really magical time. There was a lovely little trail with stickers to find before they knocked on the door to go into the grotto. The girls loved it, and were super pleased with their Sylvanian Families gifts!

I wrote a blog post about the Christmas fun we had at Waddesdon Manor which you can read here, but here are a few pictures to give you an idea.

Thea’s First Visit to the Panto

We took the girls to see ‘The Wizard of Oz’ by a local company and it was such fun. Thea hadn’t been to a panto before but really got into it and did all the ‘he’s behind you!’ stuff with great gusto. Ava was also super excited but I think it may have had more to do with the Maltesers. 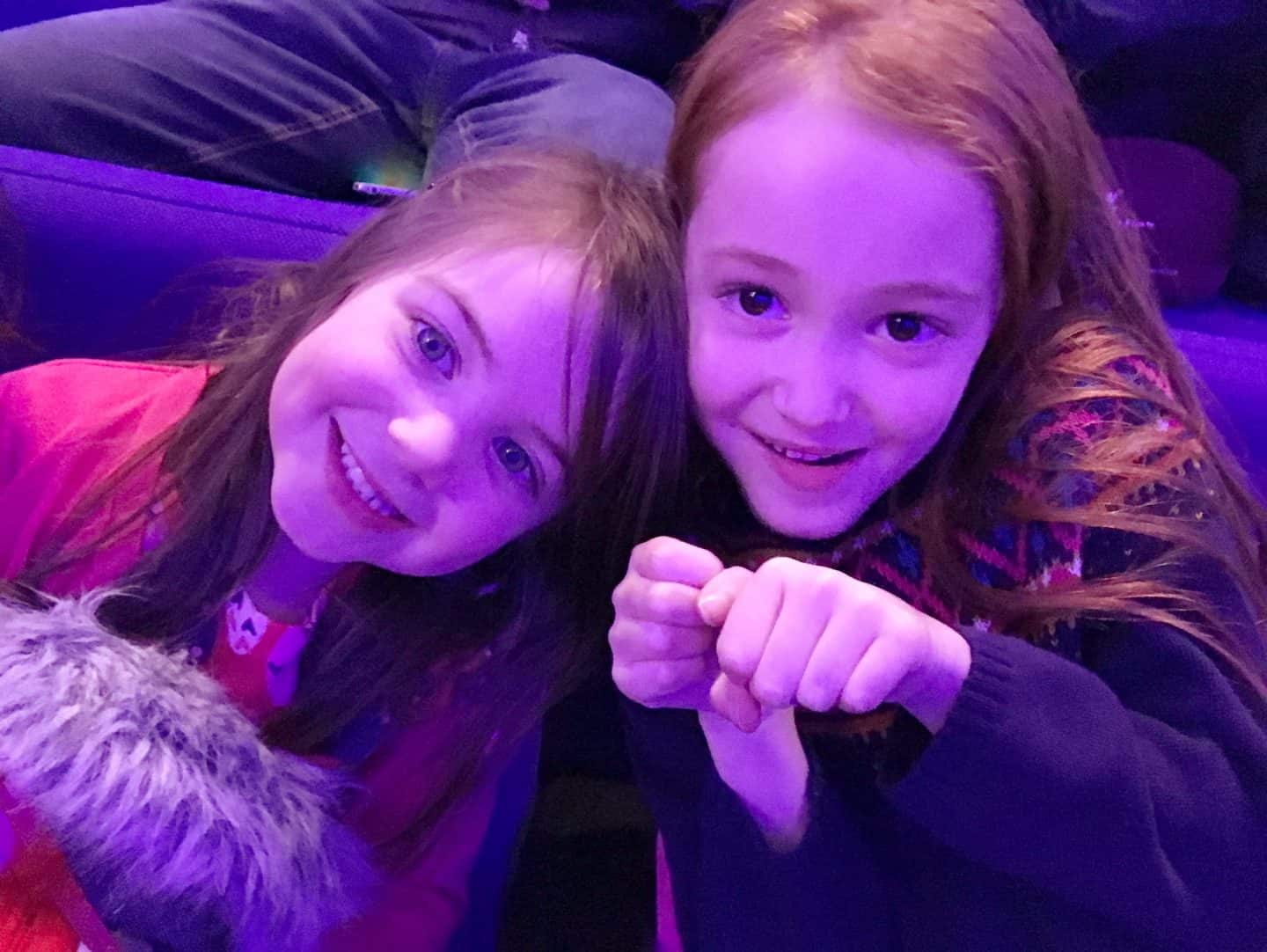 Thea bounced up and down in her seat through the whole performance and Ava needed to go to the loo towards the end, but didn’t want to miss any of it. That’s what I call a hit!

I managed to book tickets to the real ice rink at Frost’s Garden Centre for Christmas Eve for us, my brother, sister in law, niece and nephew and sister. Our parents watched and I think they had as much fun as us, laughing and how bad me and my sister are at skating. The kids loved it and had no problems going out in the middle. I clung to the rail for dear life!

The girls helped me decorate the Christmas tree. Ava did a great job. Thea’s method was to put all the decorations on one branch. And add a clothes peg.

They also made a den out of a clothes airer and blankets and gave that the Christmas treatment too. 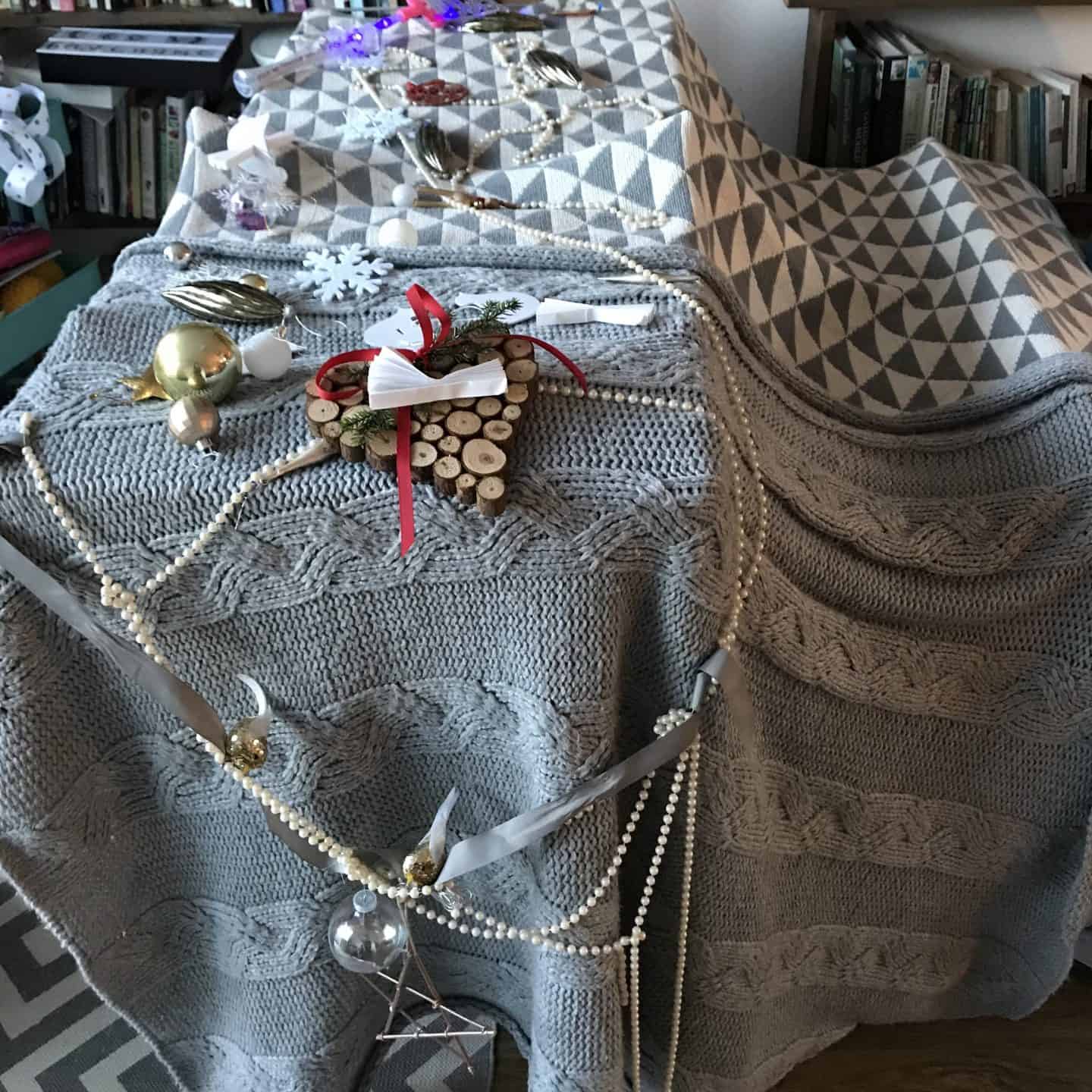 The girls loved listening to “The Night Before Christmas” and hanging their stockings up. They left Father Christmas half a mince pie and a small cup of milk, which is what he asked for when we visited him. 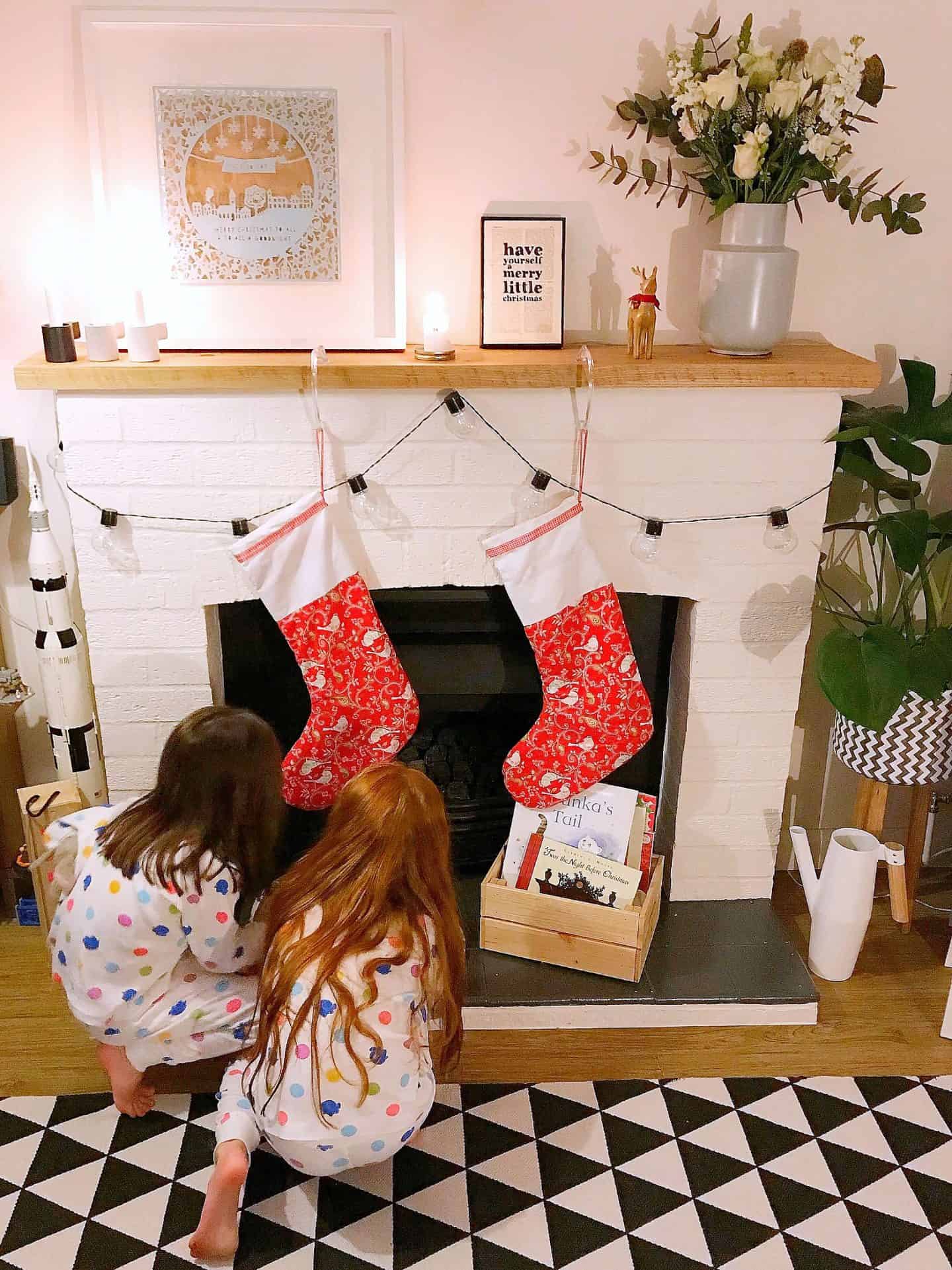 We didn’t wake up until 8am on Christmas day! So it was a bit of a rush. They had both asked for electric toothbrushes (I have no idea why!) and luckily Father Christmas brought them. They were so exited. 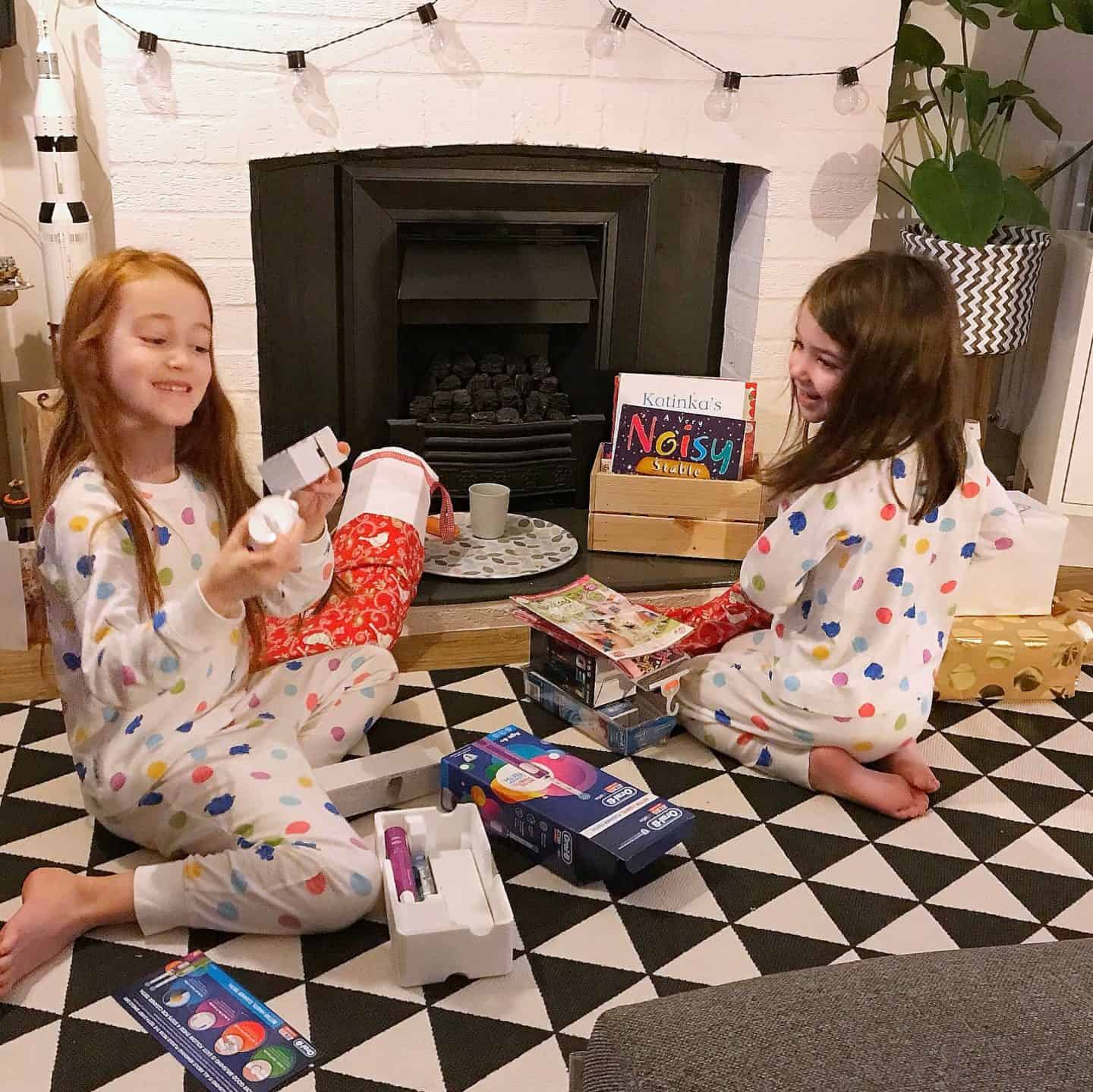 We went to church, and after the service I found the girls with their cousins in the pulpit. Don’t they look cute? 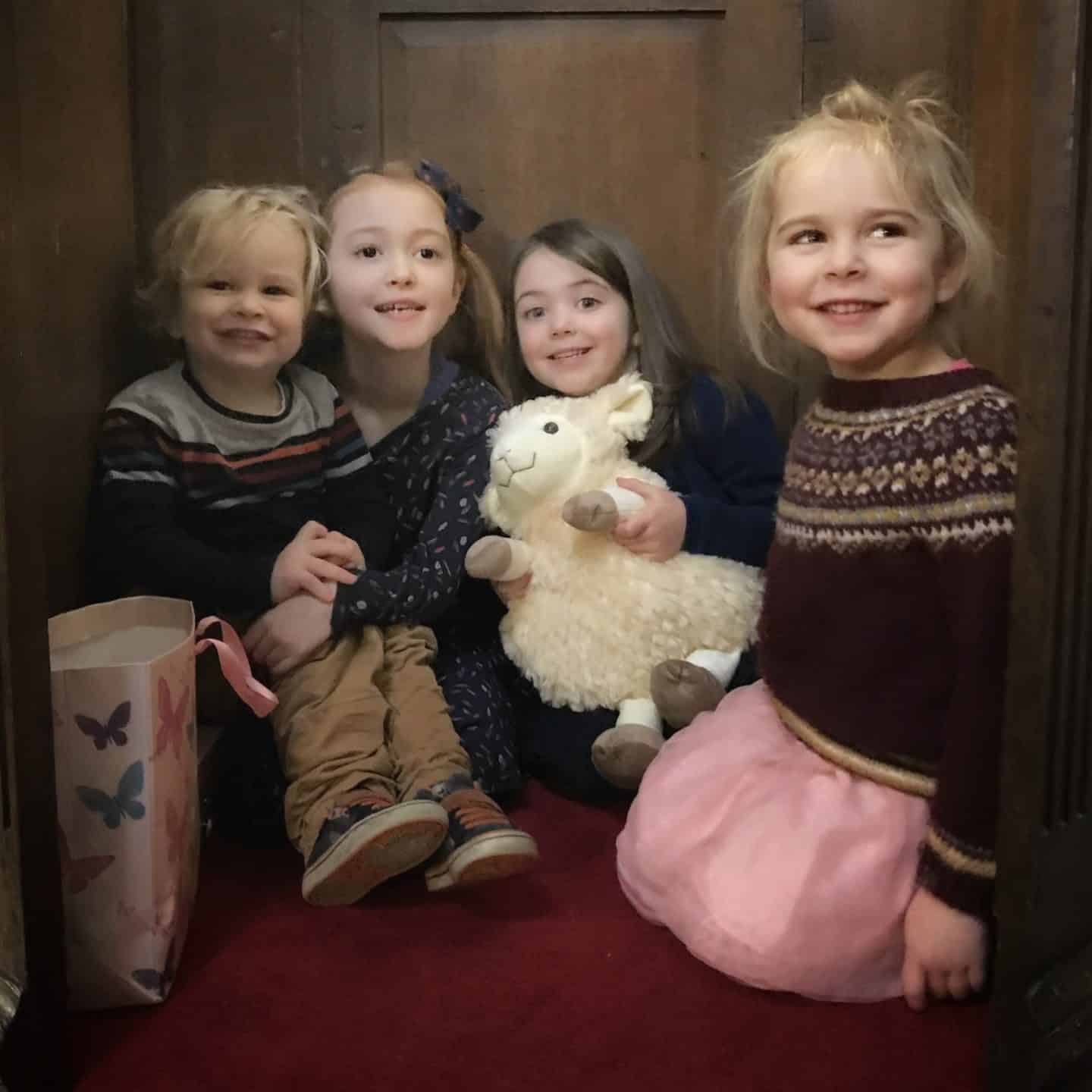 We all went to my parents’ for the day and had a great time together. Ava got Top Trumps as one of her presents, so she played it for ages with Ryan. 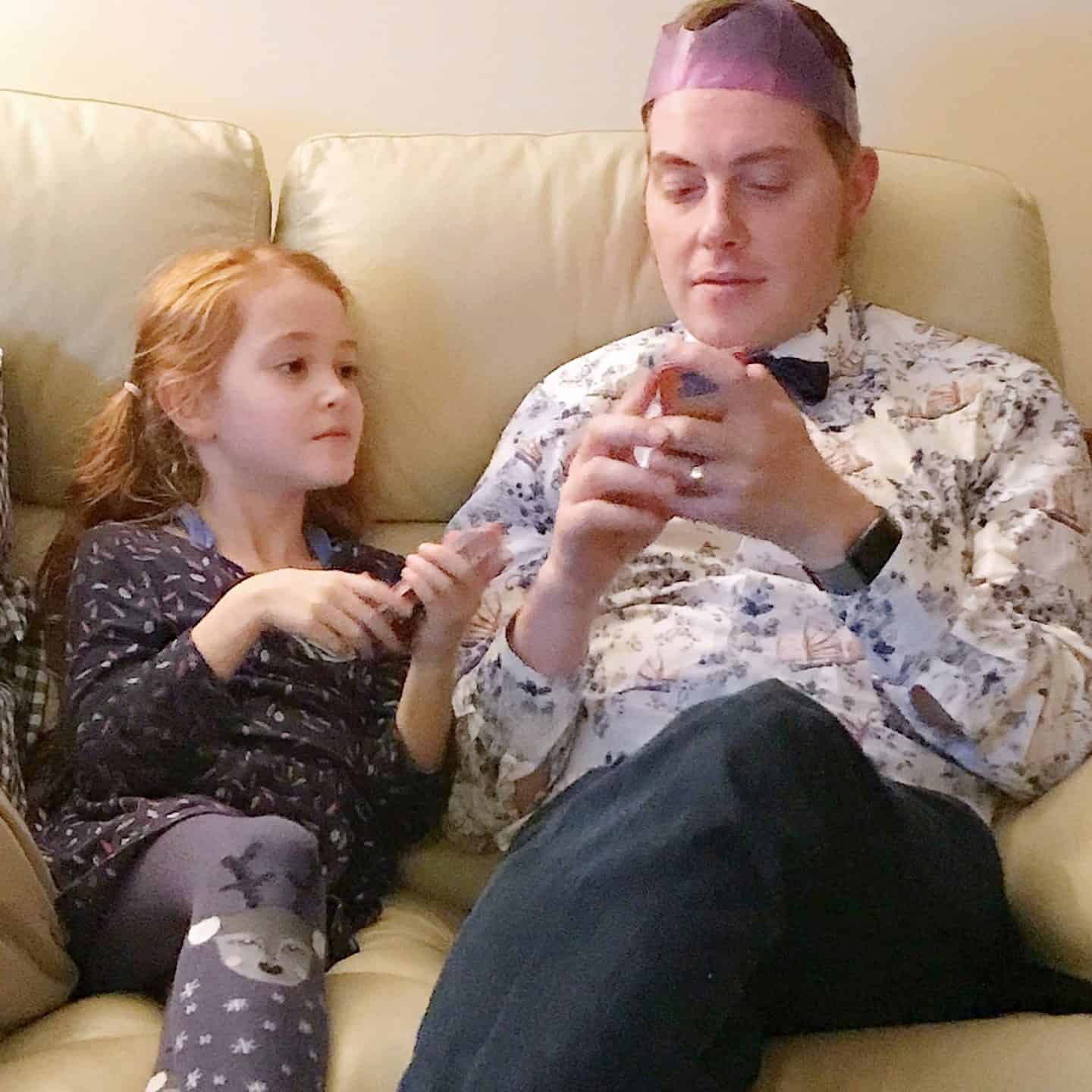 We went to Ryan’s family for Boxing Day and had a lovely time with them and have been playing with new games and eating leftovers ever since! Ava and Thea are making a robot out of all the boxes, using the cardboard saw I featured in my ethical gift guide for kids. It’s a great kit, they are loving it! 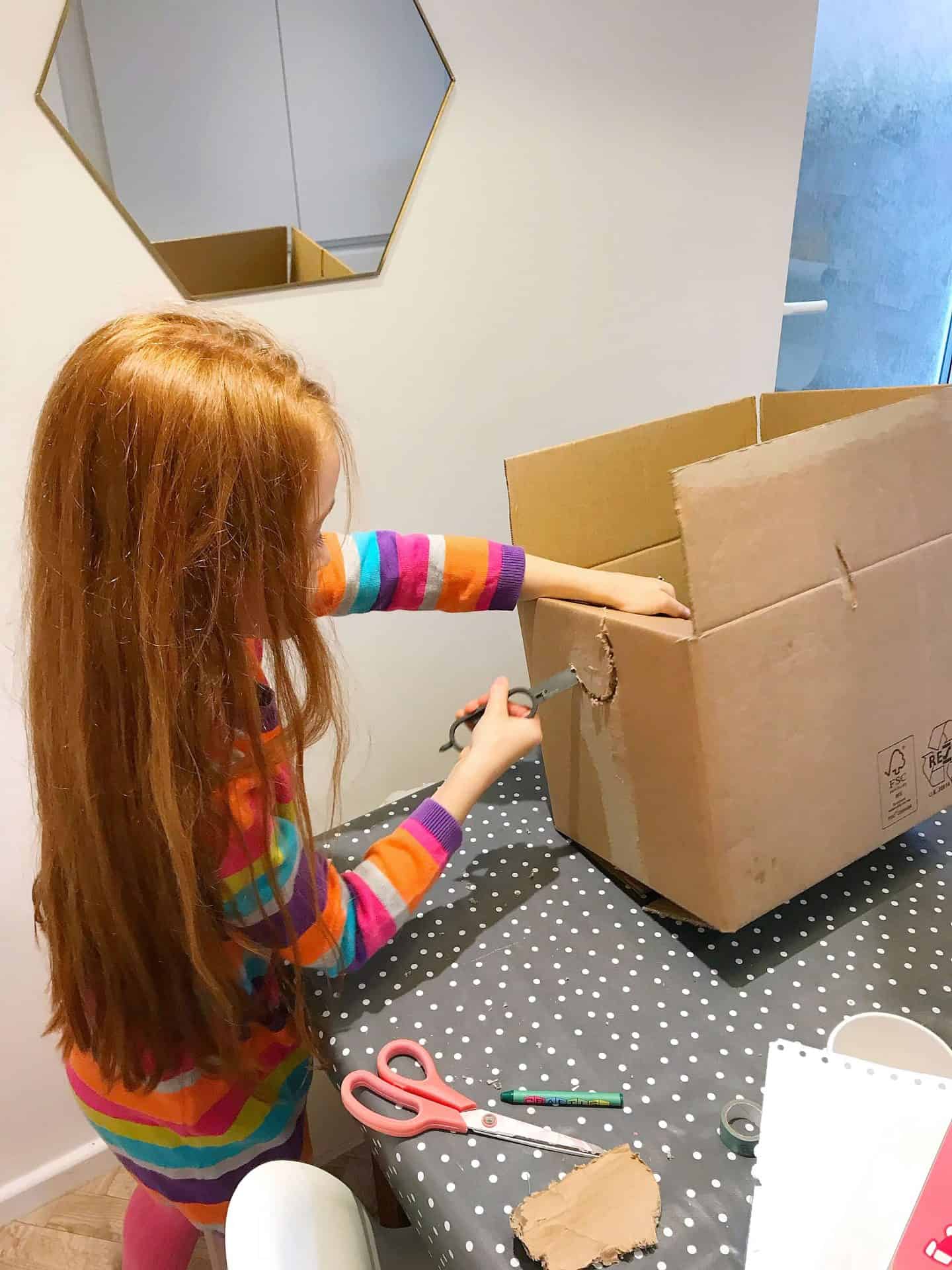 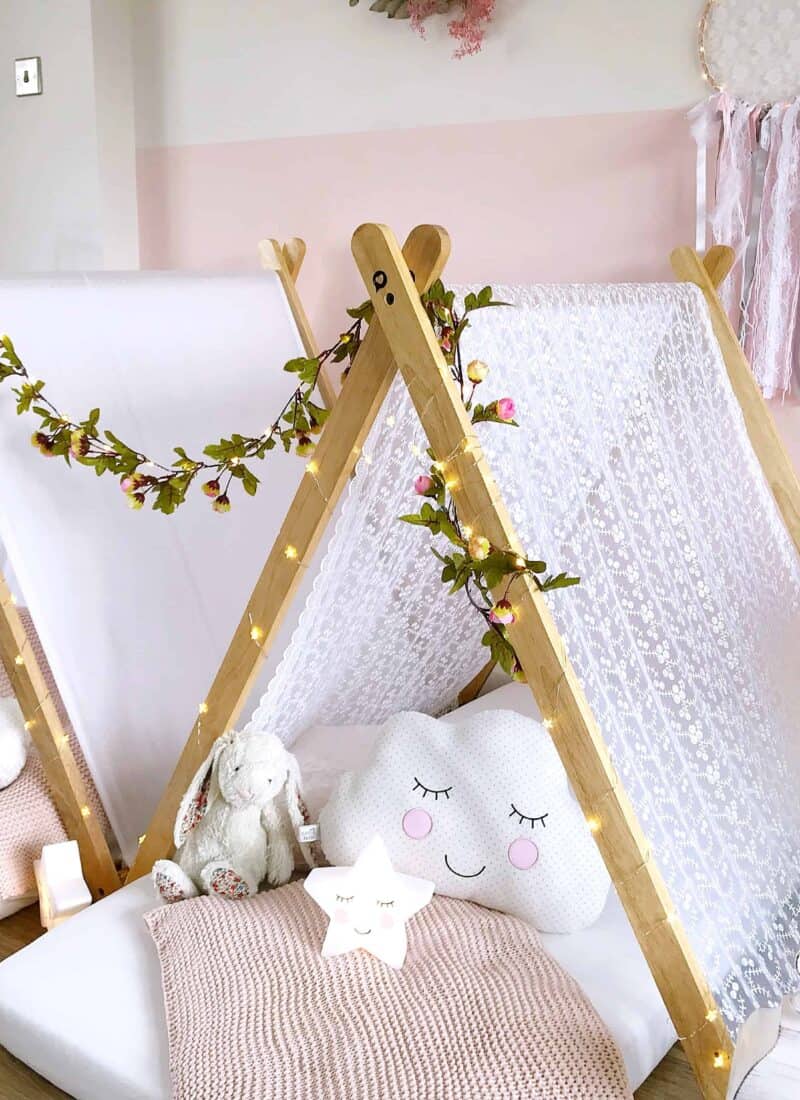 How to Host a Magical Teepee Sleepover Party 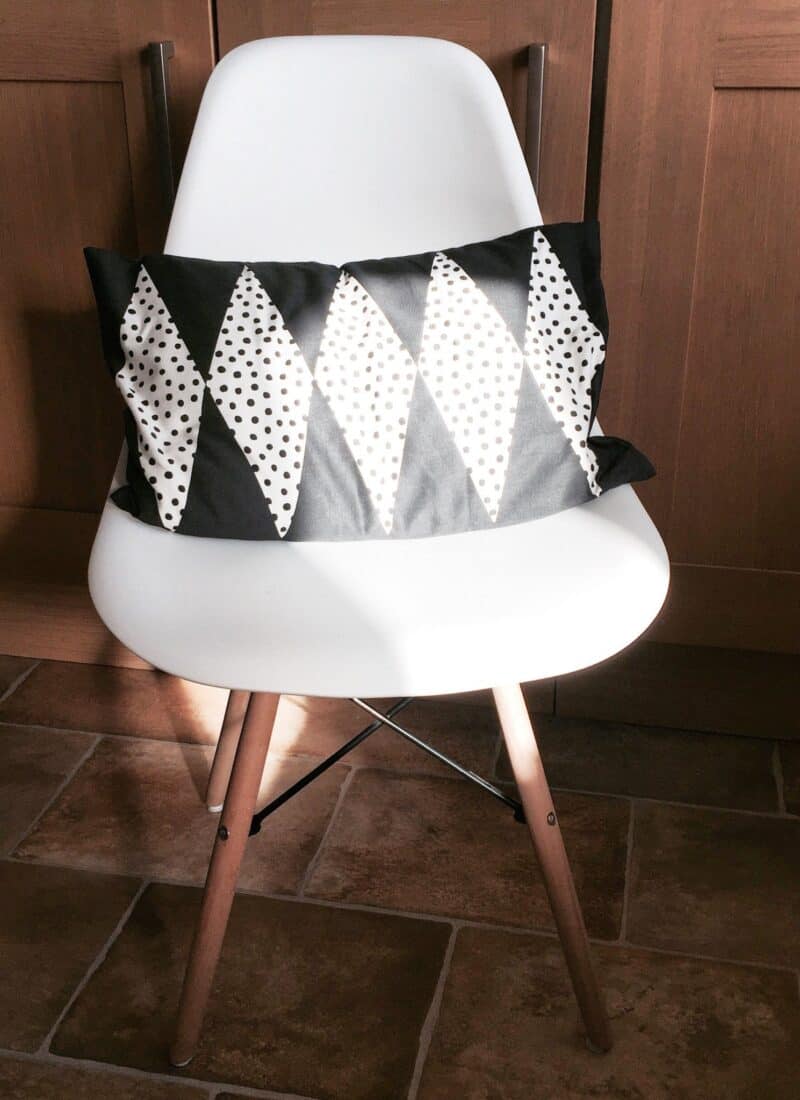 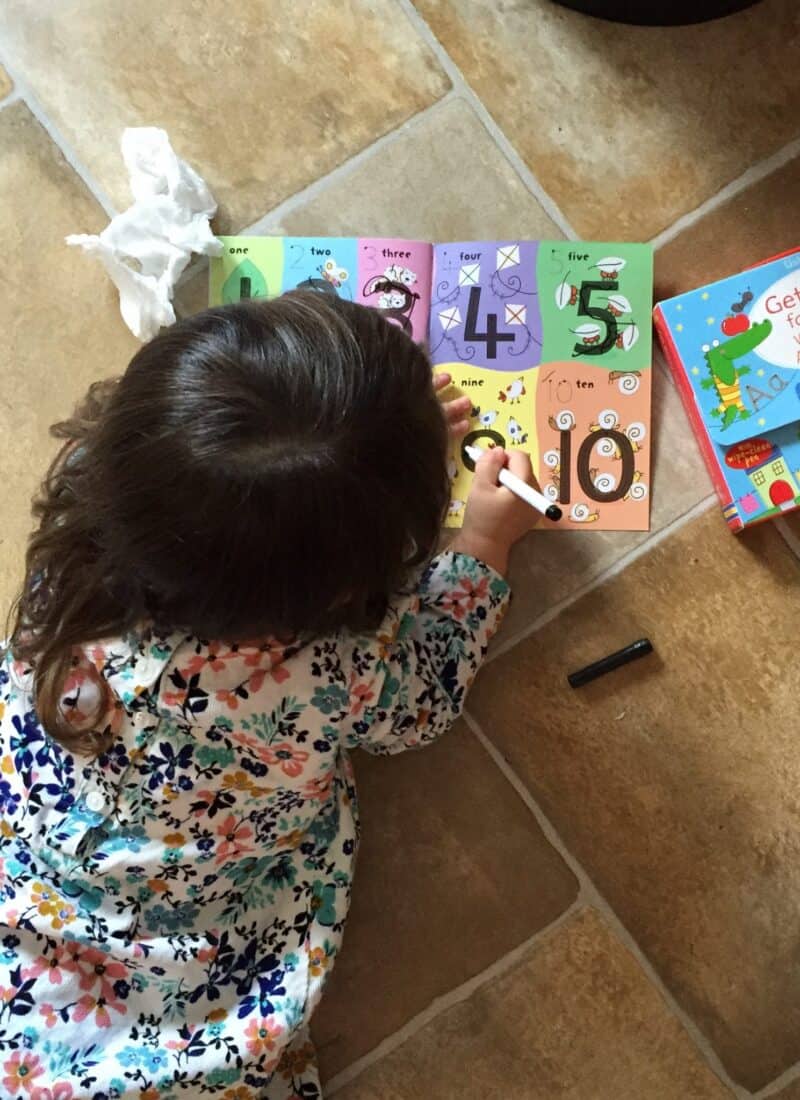 What Thea did next: go away and it’s not funny! 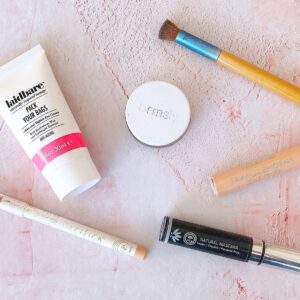 How to Disguise Dark Undereye Circles with Natural Make-up