We have had the most marvellous December, with Ava’s birthday and party, (I can’t believe I am now the proud owner of a six year old!) Christmas, and New Year. What a busy month!

We’ve had such fun with Christmassy activities at school and home, and I have absolutely loved having the girls off school and preschool for over two weeks. They are thick as thieves, and were plotting mischief in this picture. 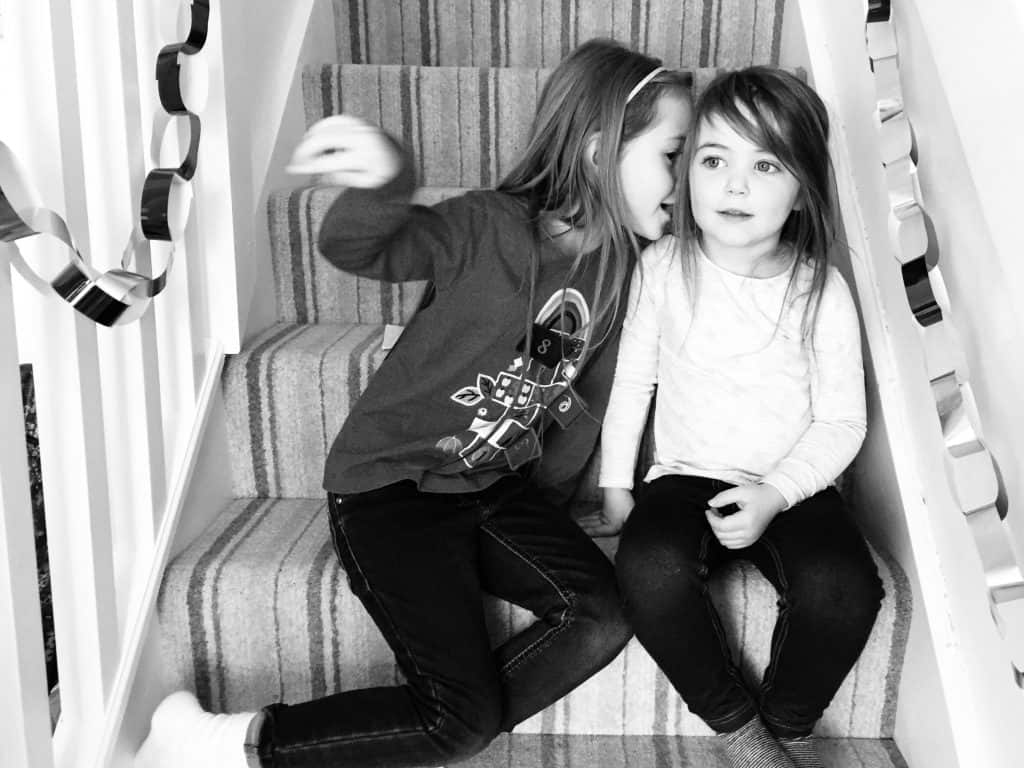 I don’t know about you, but I’m not looking forward to getting back into the daily school run routine.

Ava had such a great birthday, with some lovely presents. She’s at that age where she both really appreciates her presents, and doesn’t just rip them open and move on, and is still super excited by them. Look at her face – pure joy!

I made Ava my Chocolate Hedgehog cake, and it turned out well! You can see my tutorial here, it’s easier than it looks!

She had a party at Hollywood Bowl, and also a little tea party for our family at our house. Ava, Thea and their cousins had great fun playing musical statues!

We didn’t go big on presents for each other this year as we are saving for a new kitchen, but we did get a few nice bits and bobs.

Ryan (after some hinting) got me a pair of secateurs. Now this may not seem like a great present but I am really excited! I’ve been learning how to arrange flowers, and have been ruining my kitchens scissors hacking off bits of greenery from the garden. 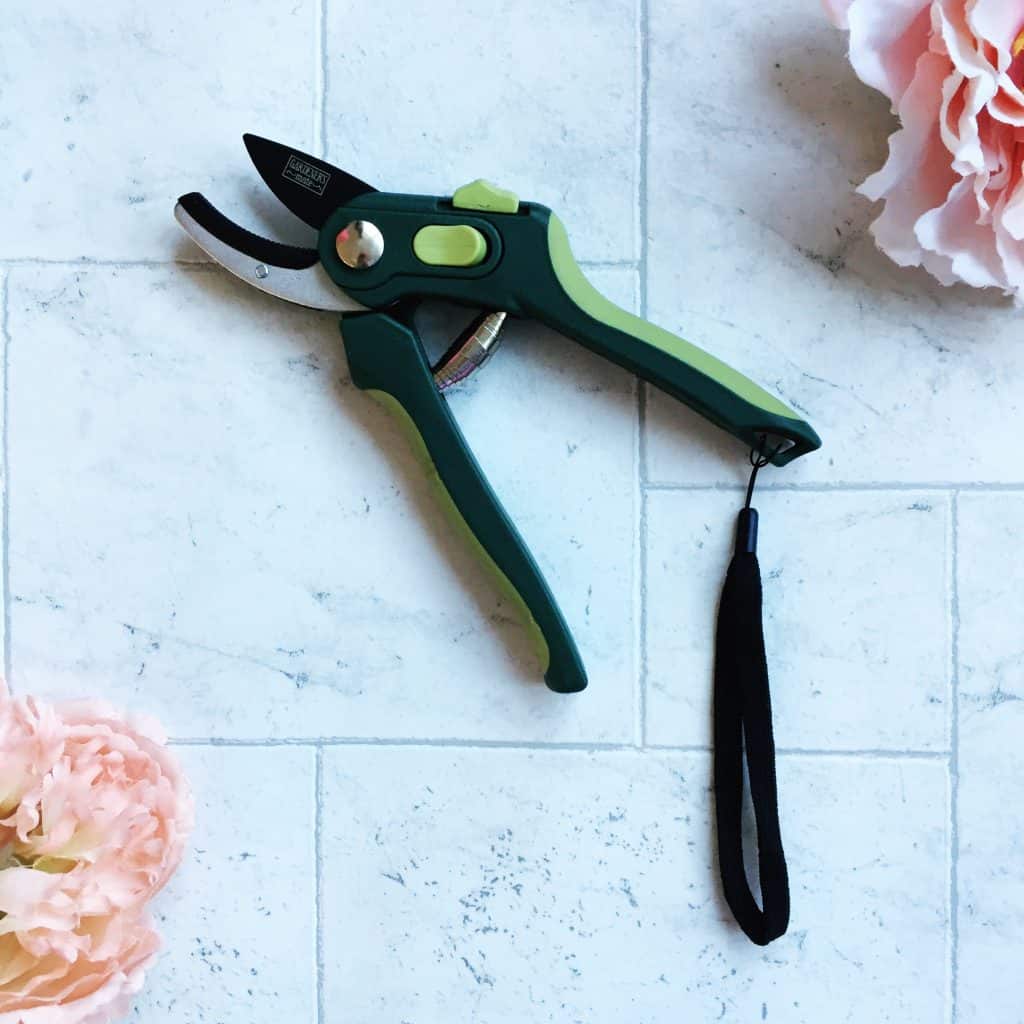 I got Ryan some new wireless headphones, as his old ones were leaving bits of black stuff all over his ears as they had started to degrade! I was really pleased to find these House of Marley ones for £29.99, as they are recyclable! They come with a wire to charge them, and a normal cable so you can have them plugged in too. 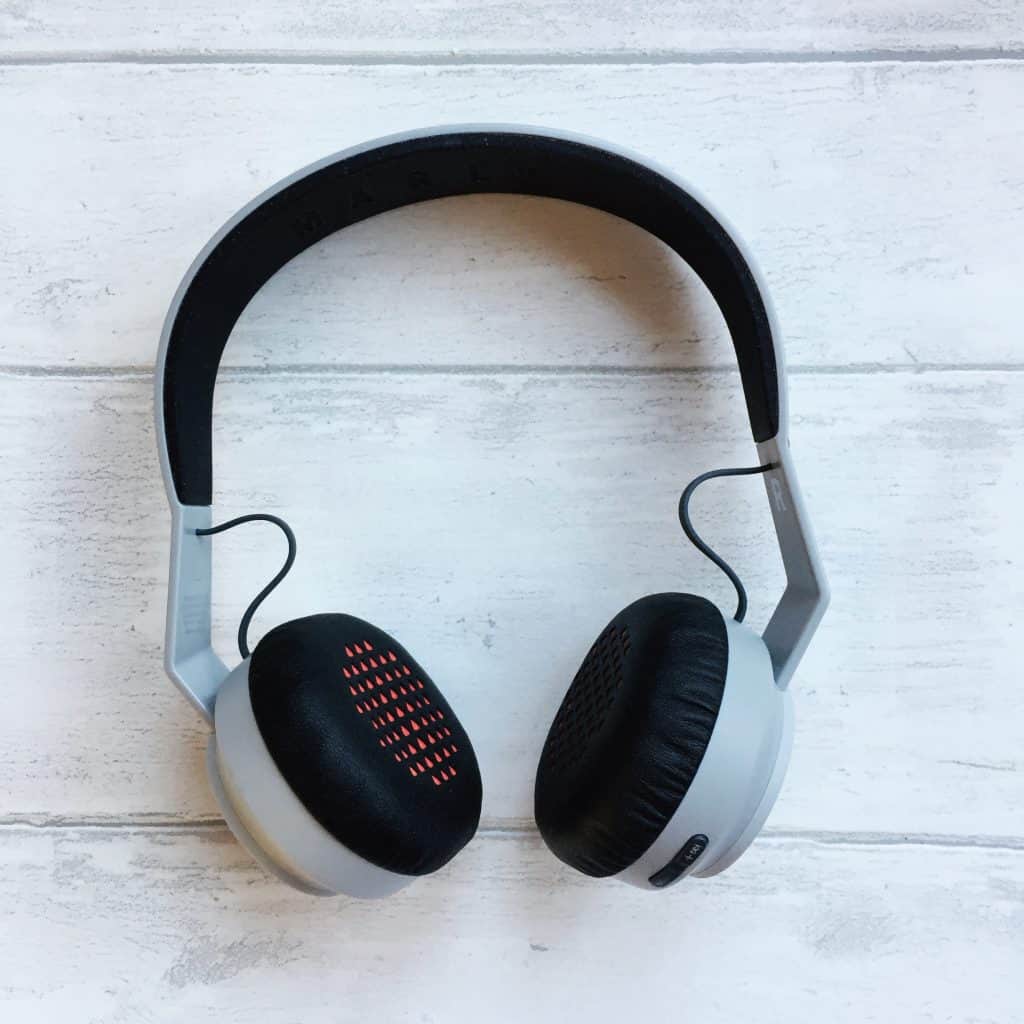 We gave Ava and Thea my old dolls’ house for Christmas, and they love it. They’ve spent hours arranging their Sylvanian Families in it. 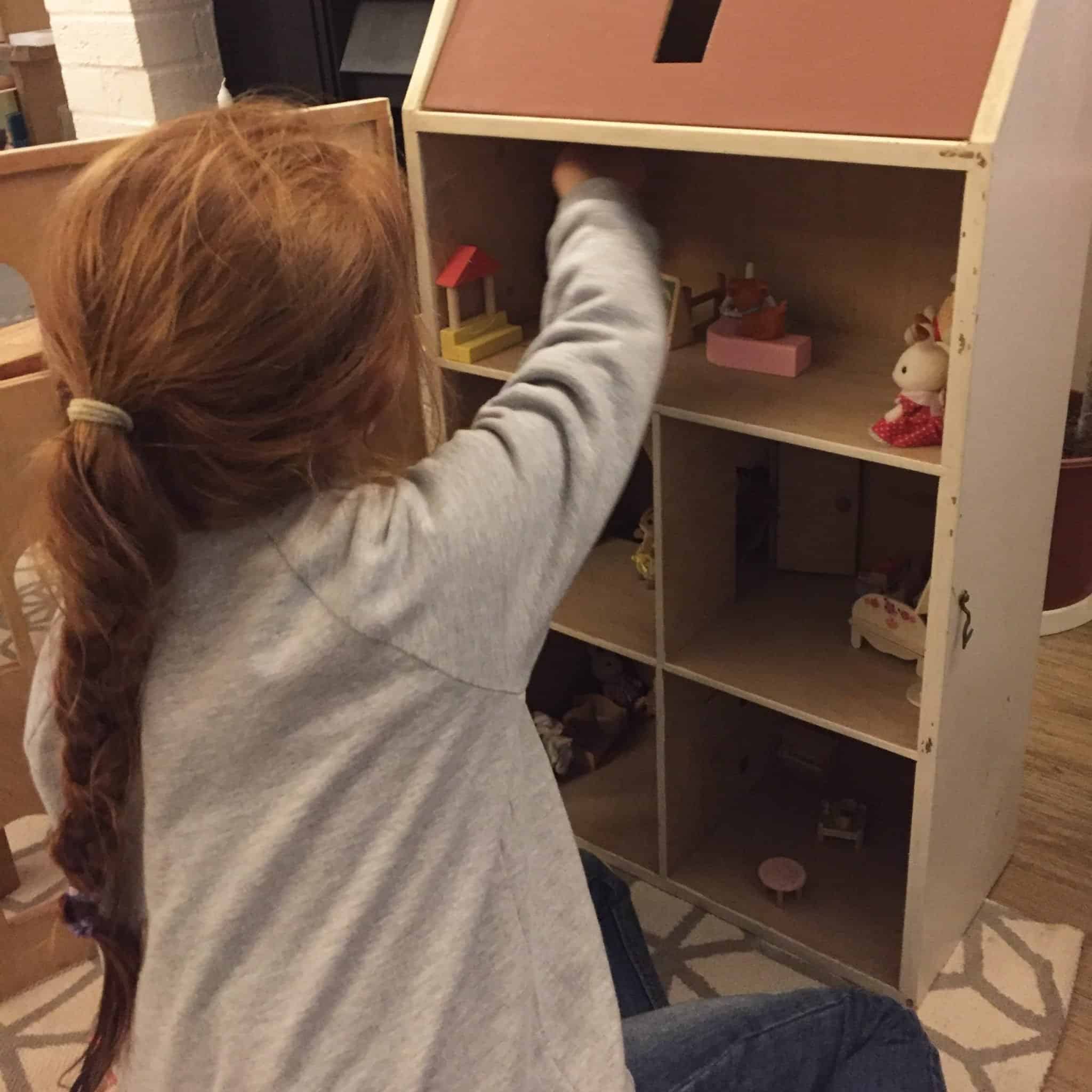 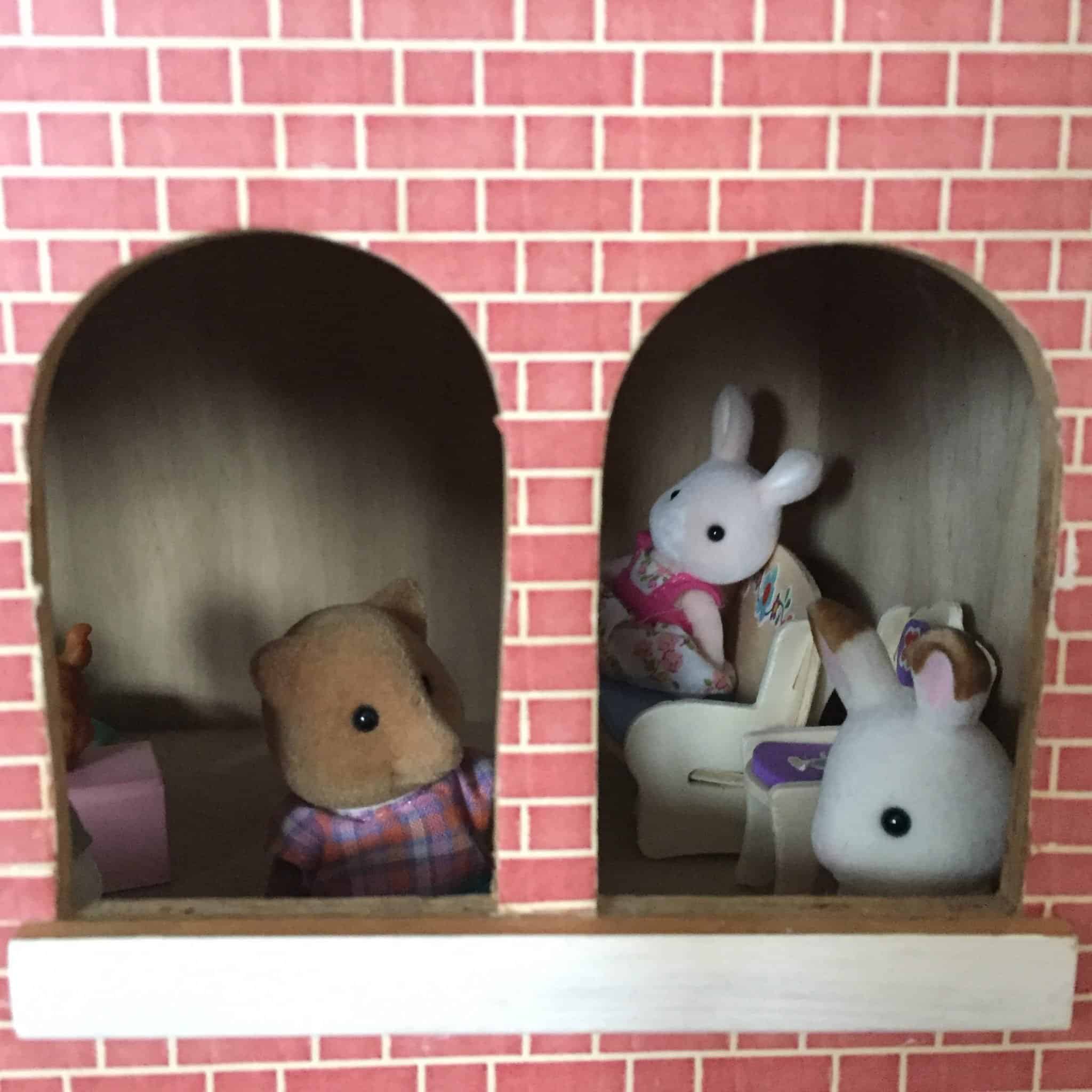 I also got the girls some lovely matching sweatshirts from TwoLittles, a lovely independent brand that I discovered a few months ago. Ava loved hers, as you can see! 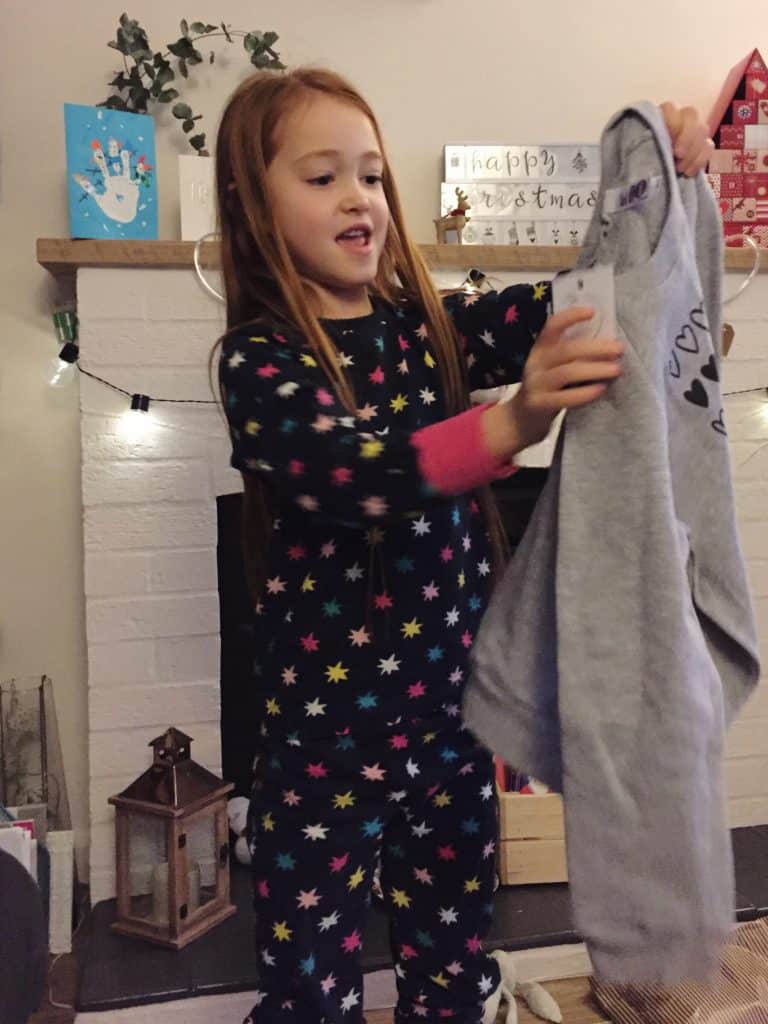 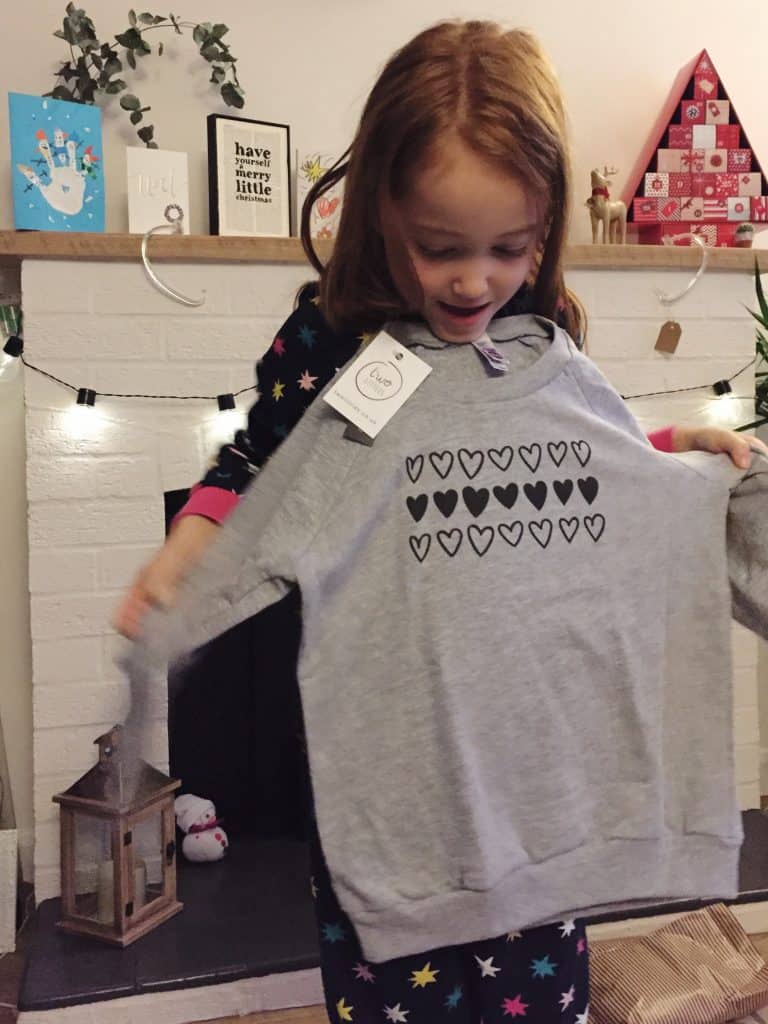 They also got matching onesies from organic clothing range Piccalilly, which are adorable. I wonder how long I’ll get away with making them match? Hopefully a few years yet! 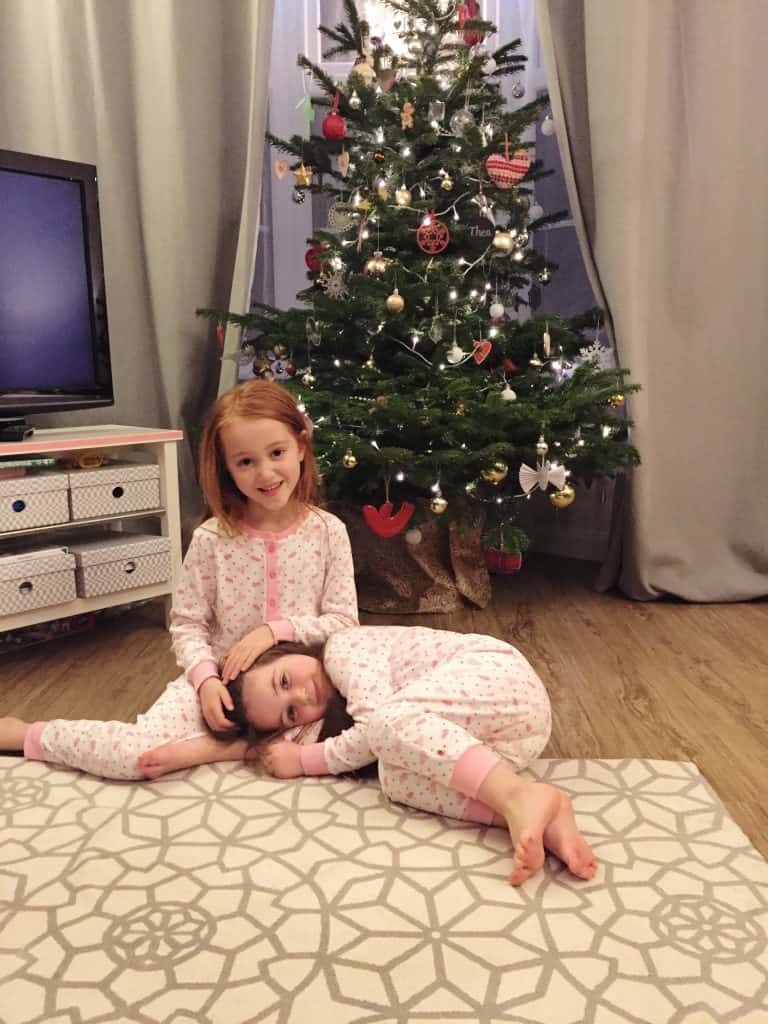 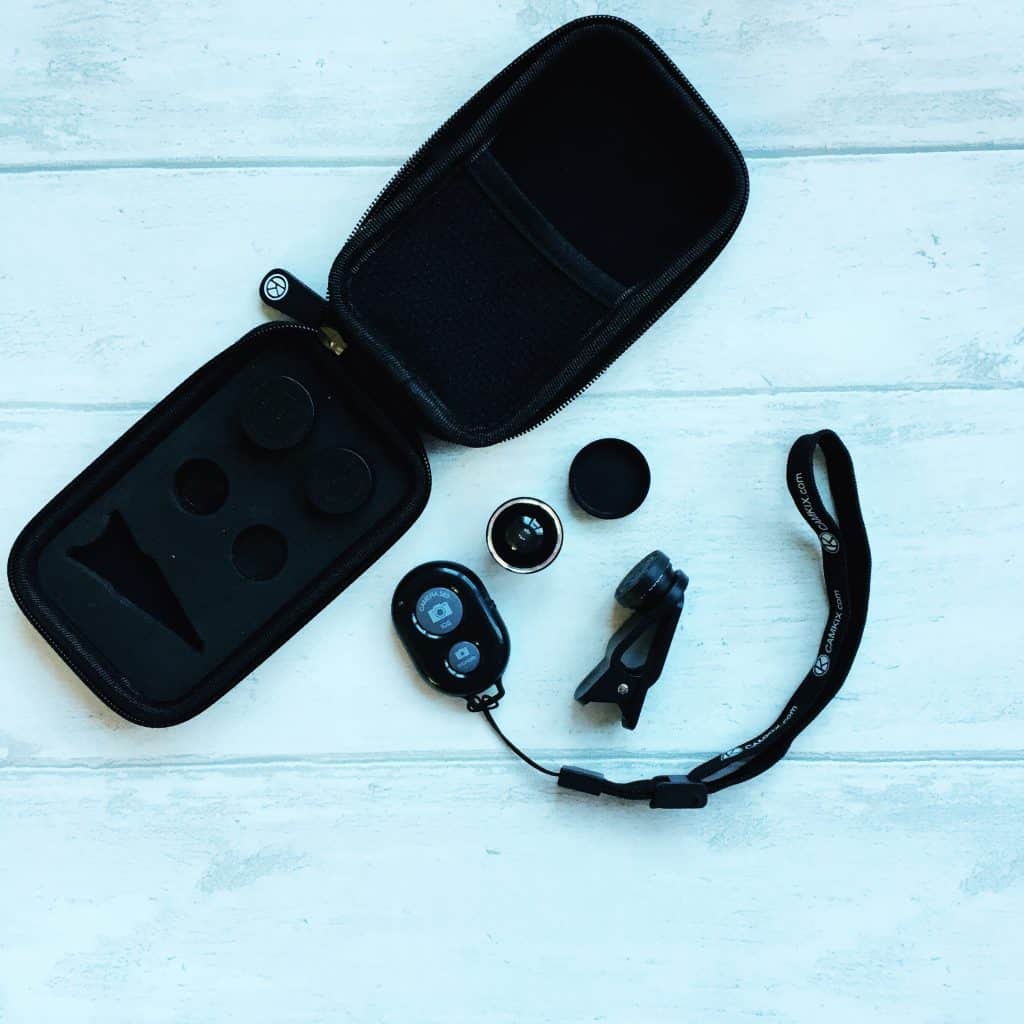 I haven’t had much of a chance to play with the lenses but I did try out the remote to try and get a photo of our whole family on New Year’s Eve. It worked really well in conjunction with my JOBY GripTight GorillaPod Tripod Mount, but sadly I didn’t managed to get the angle right and you can’t see Thea or Bonnie (well, you can see the top of their heads, but not their little faces!) 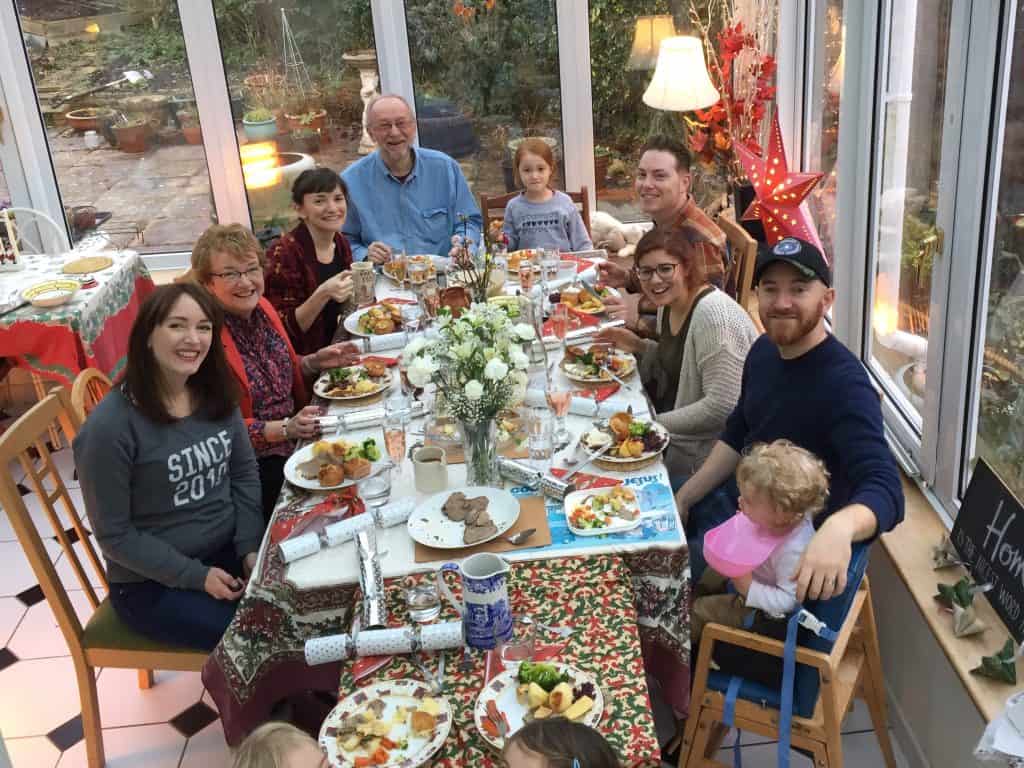 You can just see the top of Thea’s and Bonnie’s heads!

I tried later but Ryan made a stupid face in all of them. Thanks a lot. 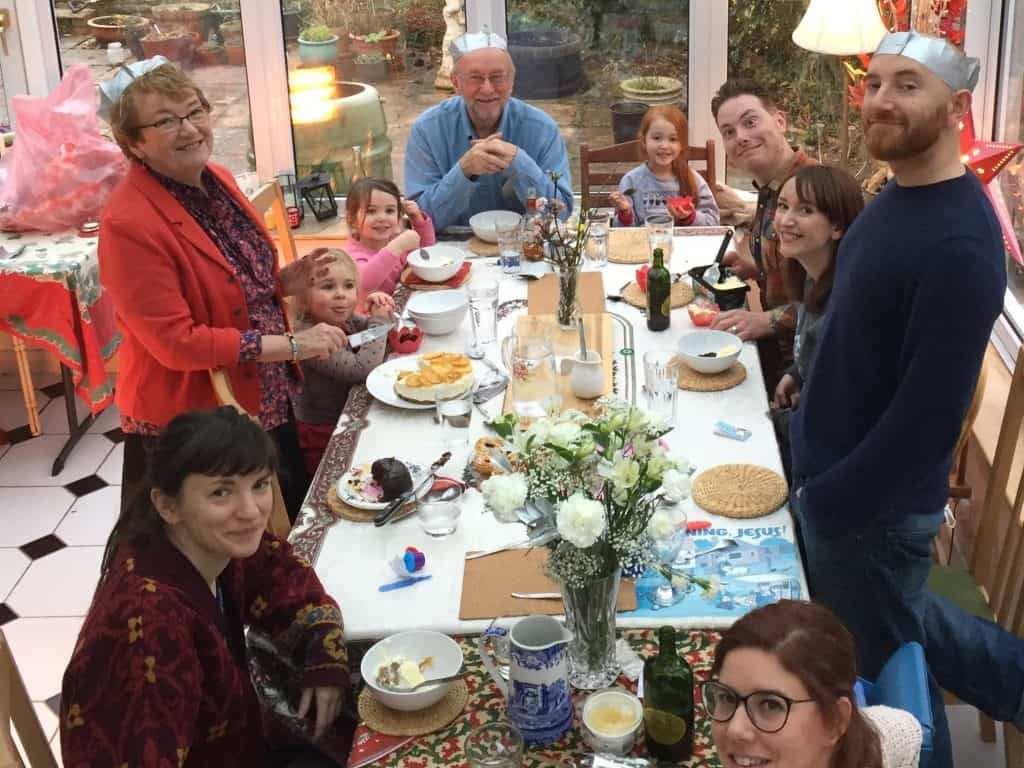 We attempted to have a sleepover at my parents’ house for New Year’s Eve but it didn’t work out quite like we’d planned. We had a lovely dinner and then made a fire in the garden, and set fire to some popcorn accidentally. 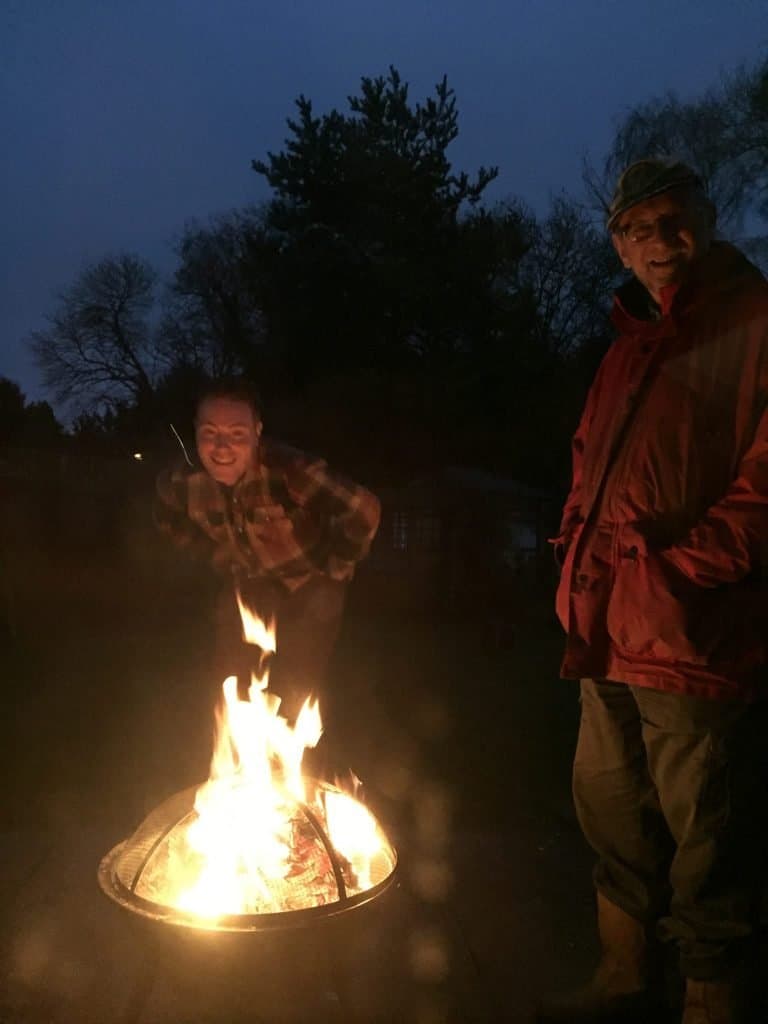 After tea we put the four kids to bed. This was Ava and Thea at about 7.30. Excited much? 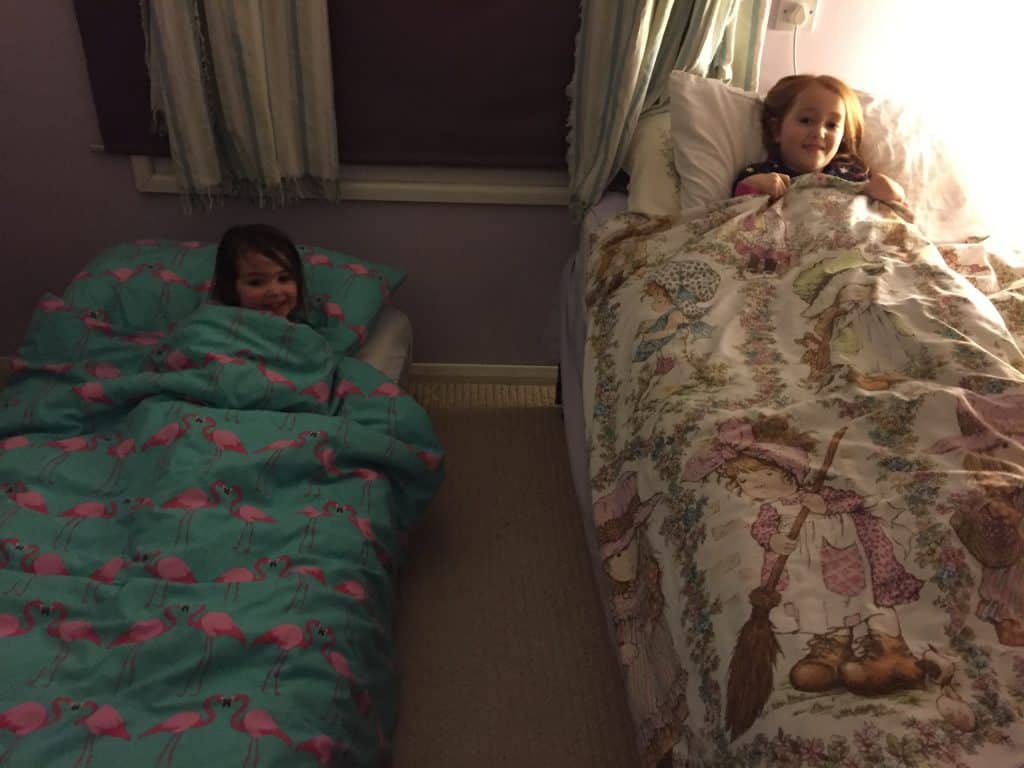 Mayhem ensued. Rachel and Pete had to admit defeat and take their two home. And we followed not long after! After two hours of them calling us up and down the stairs and clearly not going to sleep we gave up. They were asleep pretty much before we pulled off the driveway though!

I took Ava down to London to Make Wrap Mingle, a really fun festive event, and we made these gift tags, which we used on our Christmas presents. You can see what else we got up to on my post about Make Wrap Mingle. It was such fun, and great to have some time together, just us two. 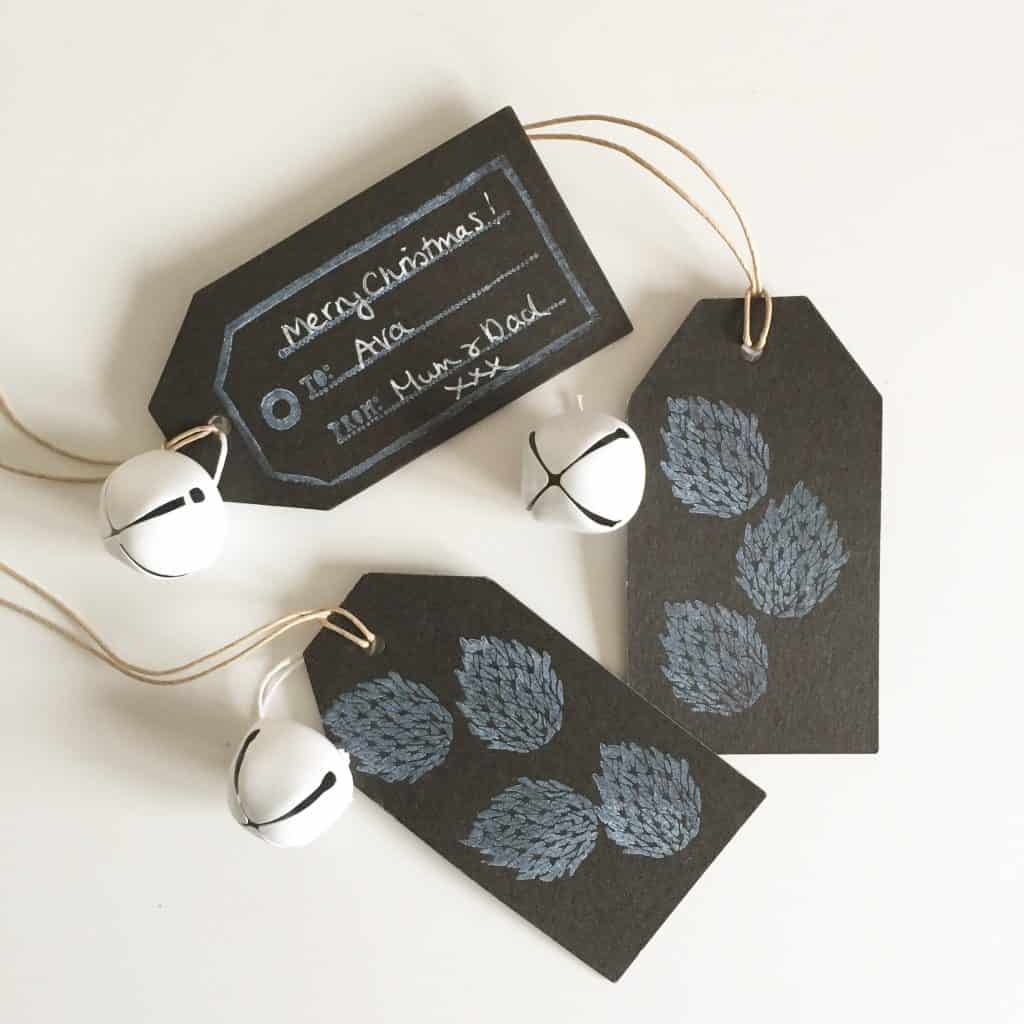 I hope you’ve had a great December, and have a very happy new year.