I’ve really enjoyed the past seven weeks of ‘summer’ – the calendar may have told us it’s August, but the weather mostly told us otherwise! We have had some brilliant fun, and some stressful moments, and some pretty dreadful times, but the good has definitely far outweighed the bad.

And now it’s time to say goodbye to my baby and say hello to a big school girl! 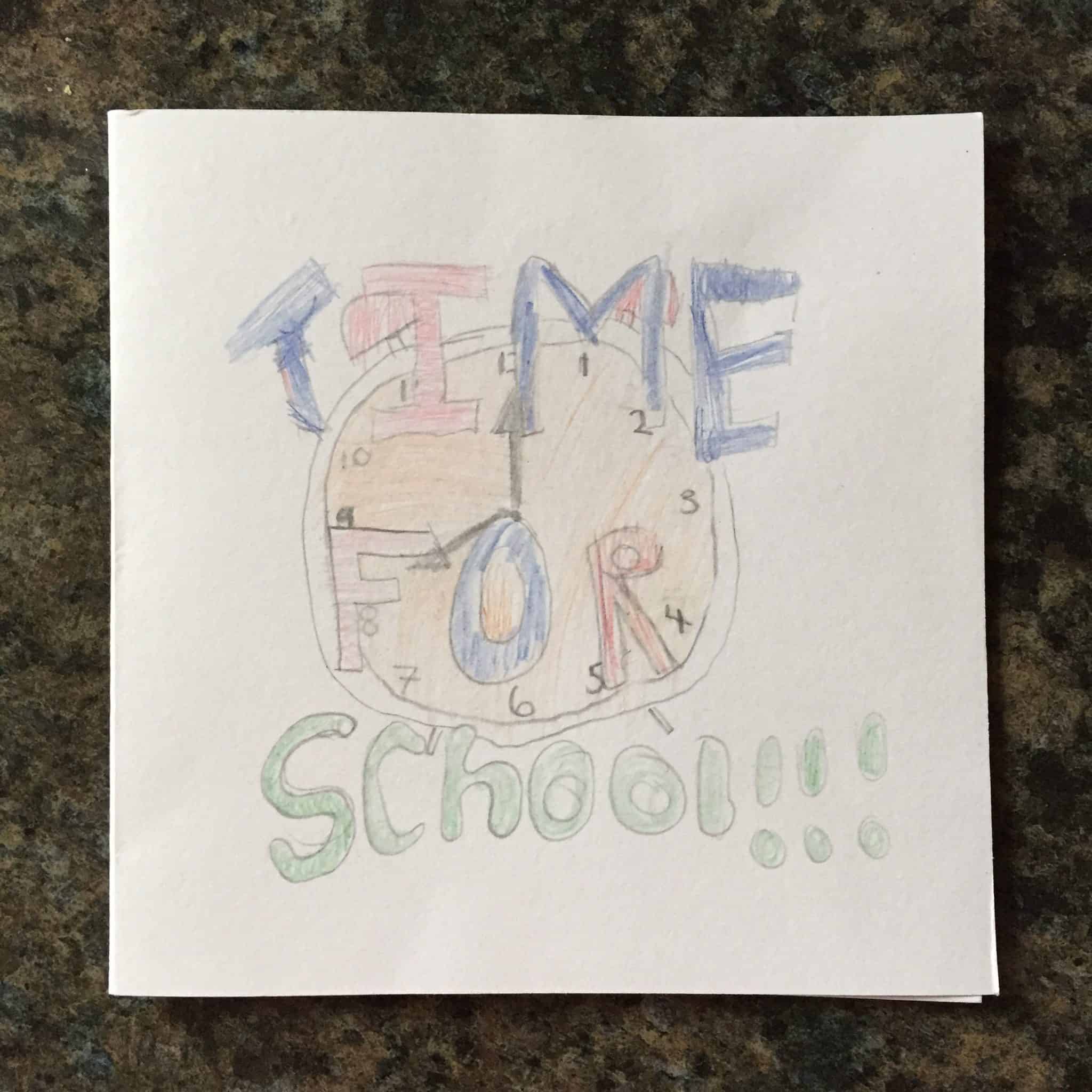 My cousin’s kids made this adorable card for Ava and she was so excited to get post!

I know everyone says it, but I really can’t believe how fast these nearly five years have gone. Ava was just a day or two old here, and so teeny!

Ava’s school has a long settling in period, with two weeks of half days. A bit inconvenient for the parents, but I’m sure it must be good for the kids to have a gradual start to school life.

If you’ve been following our adventures, you’ll know that Ava had a freakout at the end of her last term at pre-school. So I was kind of dreading her starting, to be honest, as I wasn’t sure how it would go. But we had got her new (flashing) school shoes and a ‘Frozen’ backpack, as well as some new uniform. As she’s been going to pre-school at the same school, most of her uniform from last year still fits, but I treated her to some new pinafores with a zip up the front to help her get undressed for PE by herself. And I got some new polo shirts, as the old ones were sooo paint-stained. 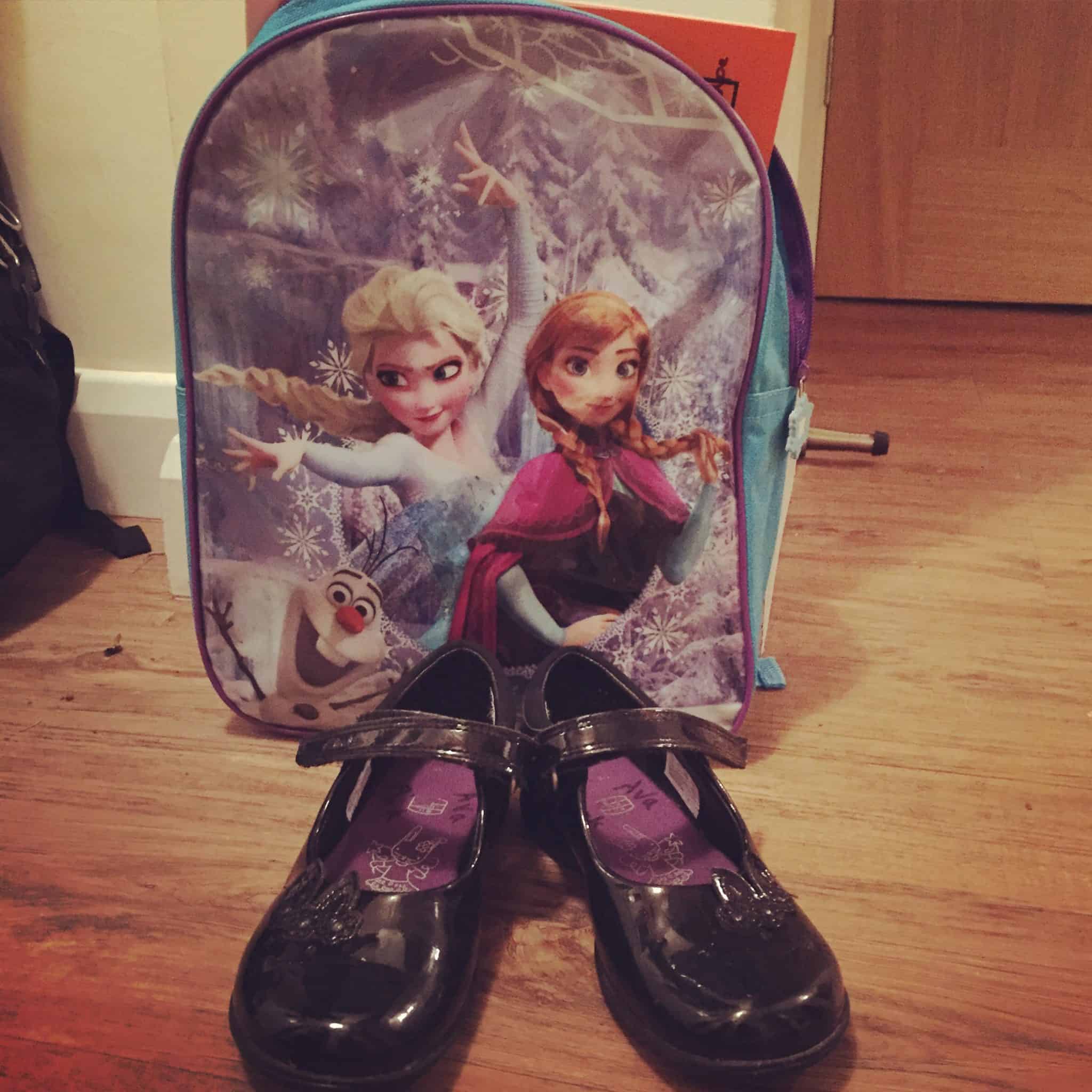 Ava’s bag all packed, ready for her first day. All neat and tidy, and I even ironed everything!

On the first day of school, instead of waking up at the crack of dawn as they had been for the past seven weeks, the day we actually need to get up and out on time, I had to wake them up! I needn’t have worried, Ava was really excited to go to school and proud of her uniform, and she looked so cute in the bow she’d chosen for her hair. All ready for her first day at school.

When we got to school, she spotted a few of her pre-school friends. Ava’s peg is next to one of her best friends’ from nursery, who also happened to arrive at the same time. They were so excited to see each other, and went into their new classroom together. They sat giggling together, writing their names, and she was so happy I had to remind her to say goodbye! I did feel a little pang of sadness, but I managed to keep it together and not cry.

When I went to pick her up at lunchtime and she came running out clutching some drawings and had obviously had a great time.

I made this little questionnaire for her, and (if I remember!) I’ll ask her the same questions every year after her first day back, and also for Thea when she starts. I think it might be interesting for them to look back on when they are older. Over the next week, Ava continued to enjoy herself and when I told her she’d be staying after lunch soon, she was over the moon! She’s been so tired though, and had a little rest at the park on our way home, instead of running about like a loon. 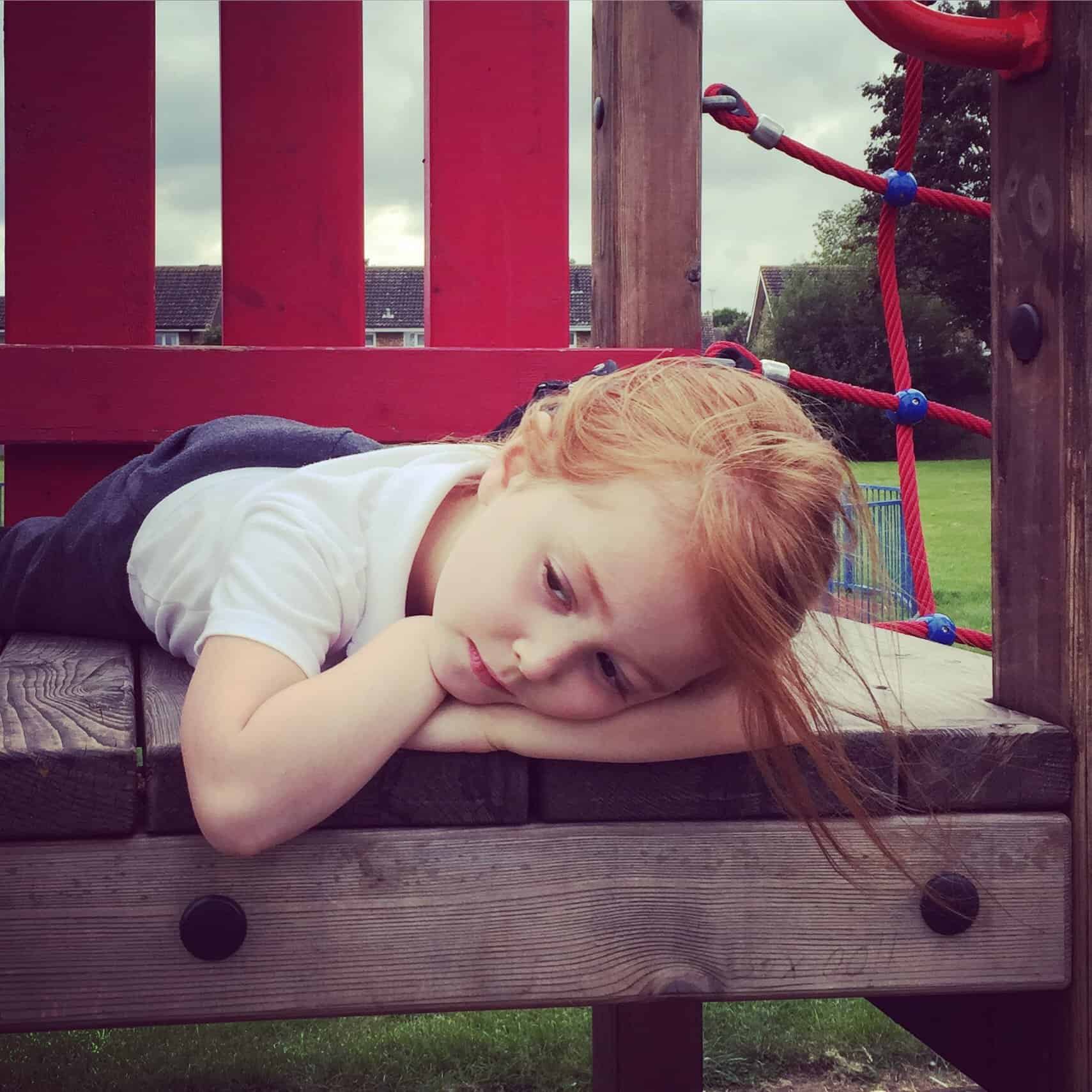 And one day she went upstairs when we got home, and after a little while I went to check up on her as it was suspiciously quiet. Instead of finding her playing with my make-up, or drawing on the walls, which was what I had expected, she had dragged her pillow and duvet along the landing to make herself a cosy ‘nest’ outside Thea and our bedroom doors, and was fast asleep! 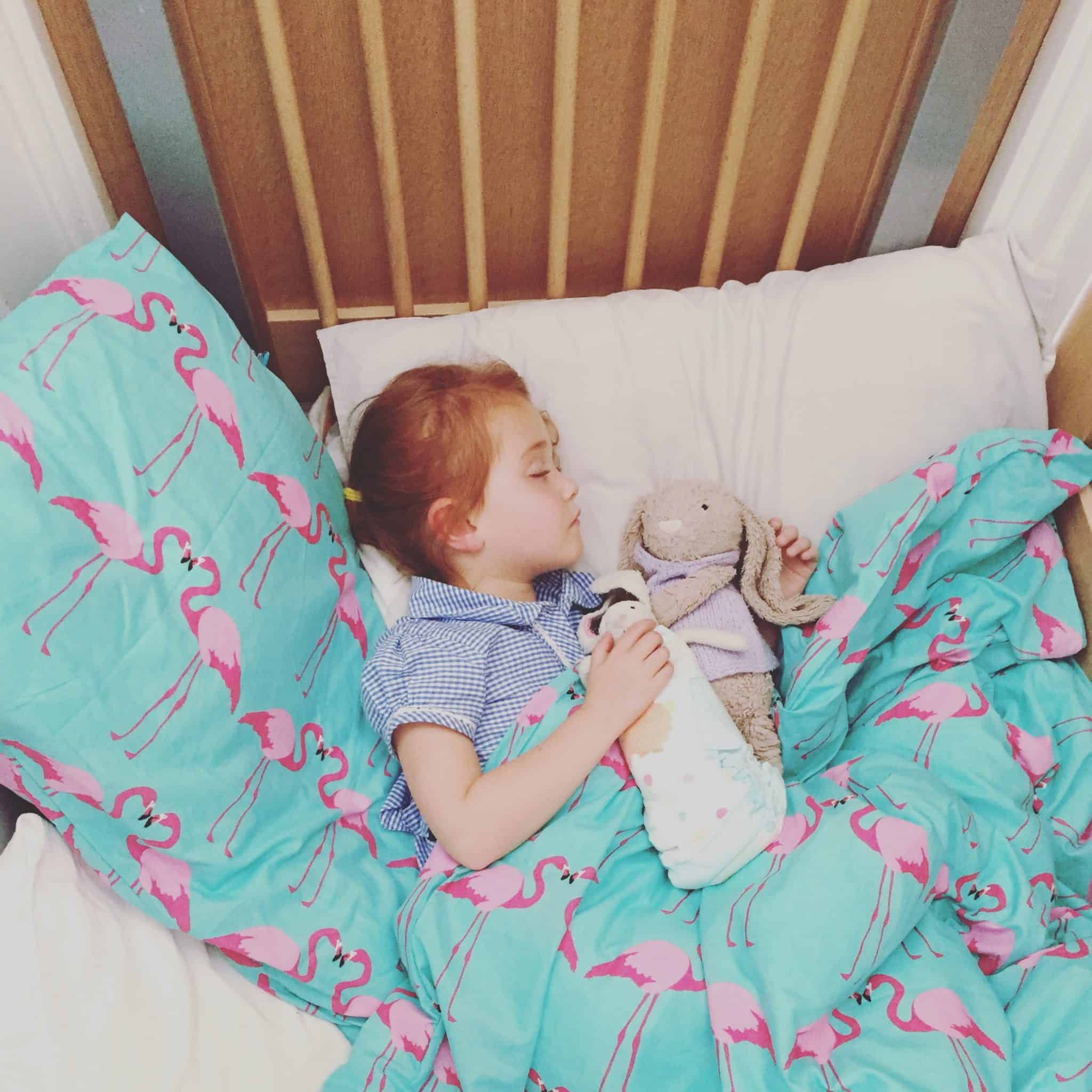 Pretty hard work, this school business! Tomorrow, she starts full days, and also after school club, so I really hope she continues to enjoy herself!

I’m so proud of the caring, funny, inquisitive, creative and imaginative and slightly bonkers girl she has grown up to be, and I’m really excited to see how she learns and develops this year.