I love make-up, and have done every since I was a teenager. I love nothing more than trying a new product, although I have curbed my addiction over the past few years as I’ve been trying to only buy natural products as much as possible (there is way less choice).

I’m not the only one to like make-up though – here’s Ava a few years ago, putting my blusher on her nose. 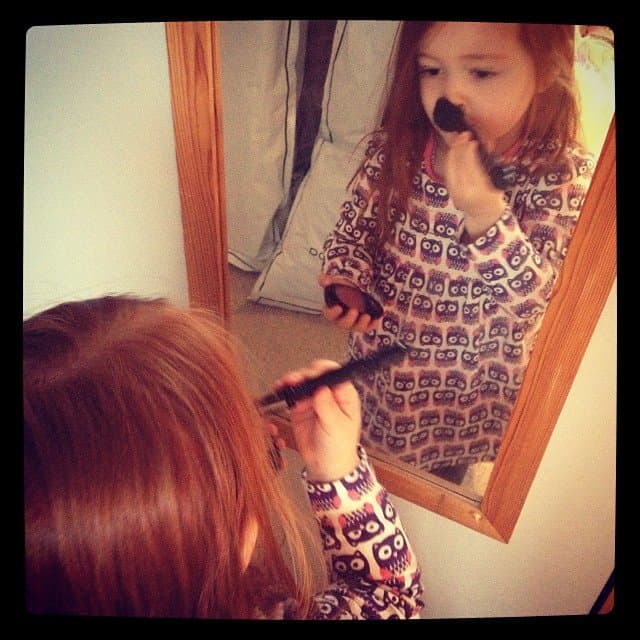 But if Ava needs some more application practice, Thea really needs some help! 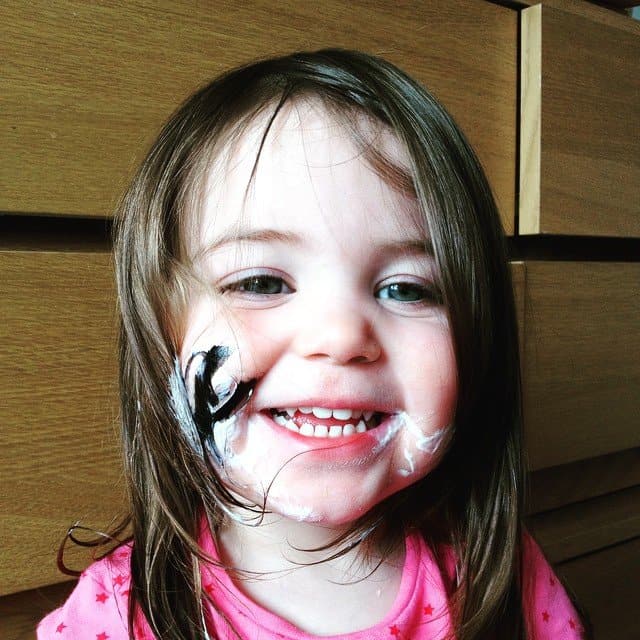 She’d opened my moisturiser and used my blusher brush to scoop it out and spread it all over her face, then opened my (new) mascara to add that on top. She was so pleased with herself!

So I needed a new moisturiser (she’d used about half, but what was left was all pink from the blusher) a new blusher brush and another new mascara. At least she only smeared it onto herself, not the carpet!