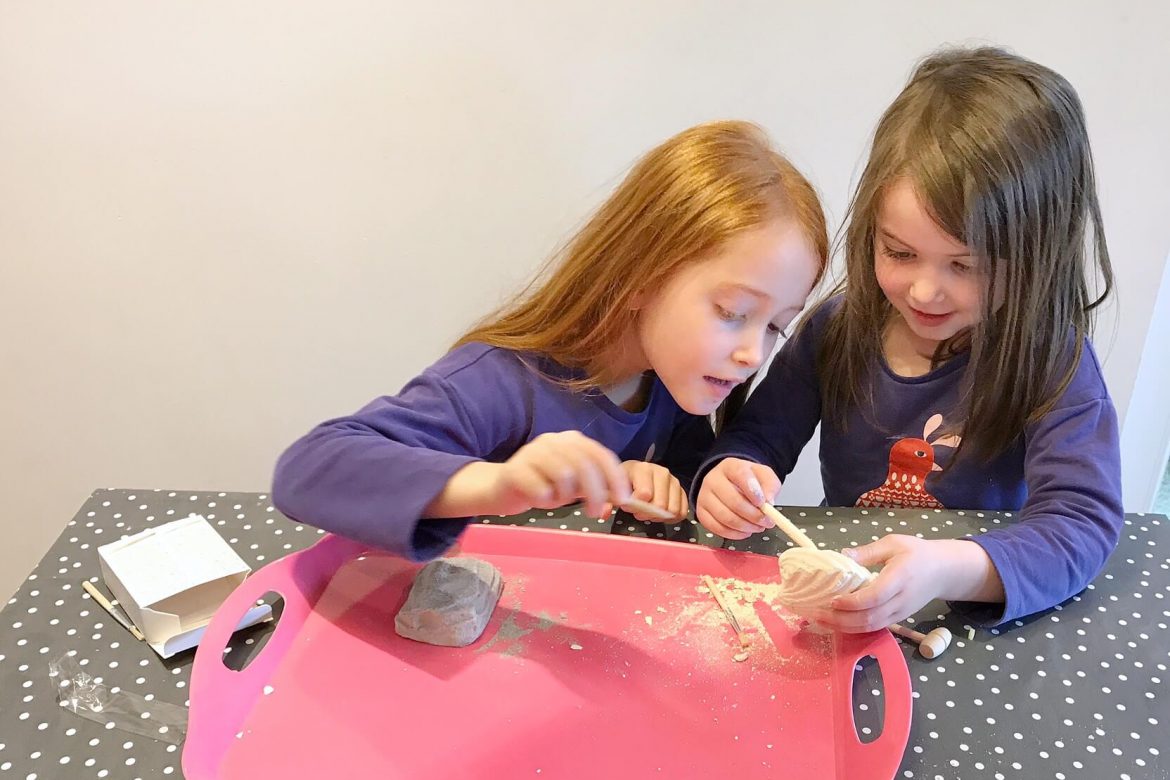 Phew, how can it be the end of September already?! We’ve had a fun month, with Ava going into Year 2 and Thea start in F2. Here’s what the girls have been up to.

Ava and Thea were so happy to be going back to school. Look at these faces! 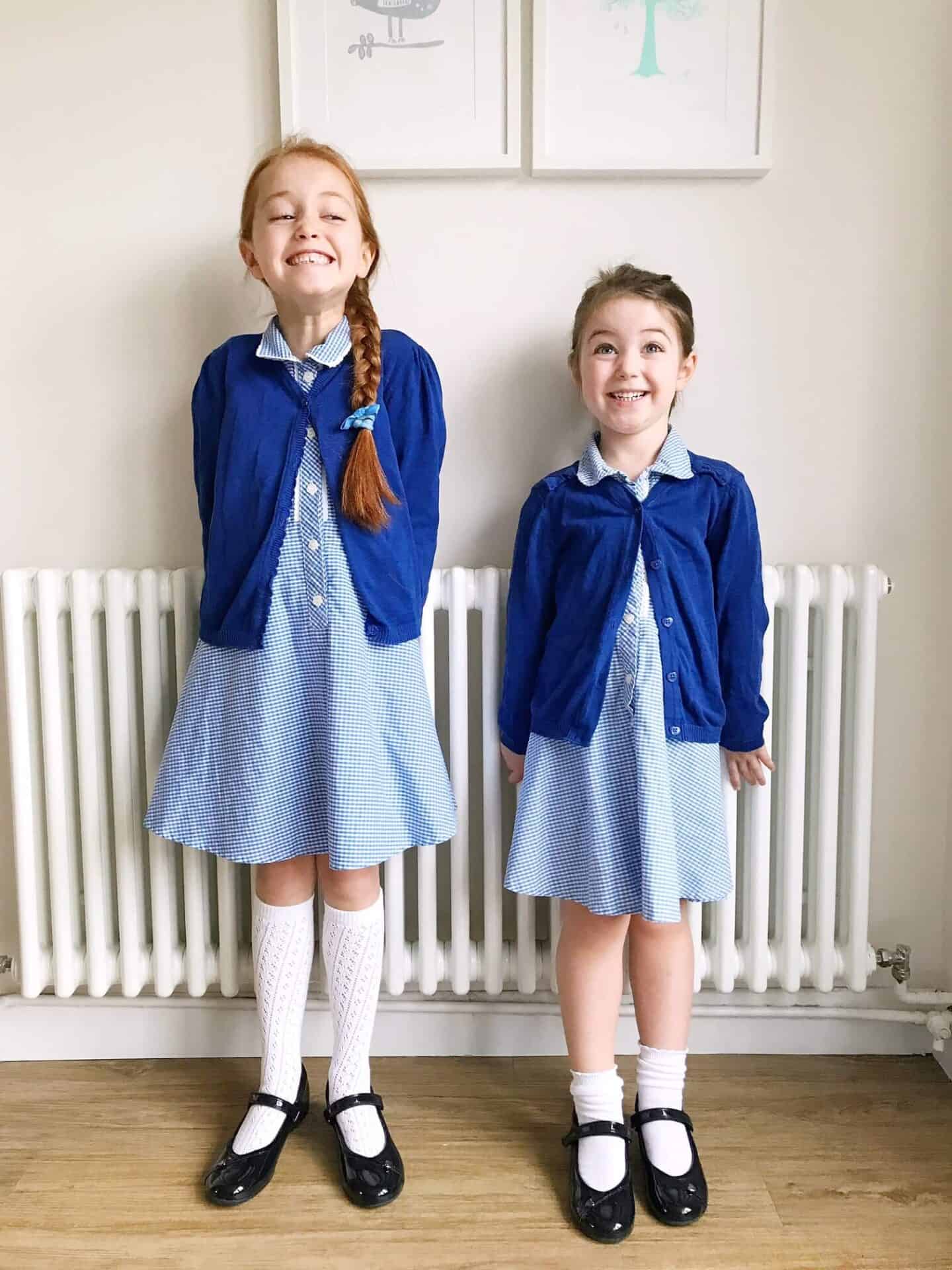 I was all ready to take them on day one, with their new matching school shoes. Thea bounced in, went to the table and sat down to write her name. Her teacher quietly said they weren’t expecting her until the next day, I’d gone a day too early! I was mortified. But they kindly let her stay anyway as she was obviously totally happy being there. 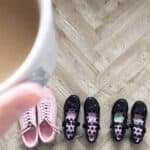 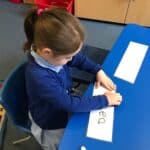 At least I was early, not late I guess! Thea did half days for the first two weeks and her favourite thing is having her lunch on her own tray. It’s a dream come true! I’m so proud of how well she has settled in. I wasn’t expecting any problems as she is very confident, but you never know how they’ll cope, do you?

One of the problems of going back to school is the nasty bugs flying around, and Thea caught a horrid one that meant she had to come home early from her best friend’s party, and miss her cousin’s birthday, and two days of school. Poor little poppet. She was very sad and didn’t really eat much the whole time she was ill. Ryan found her curled up in a den Ava had made her (with the blanket I made a few weeks ago.) 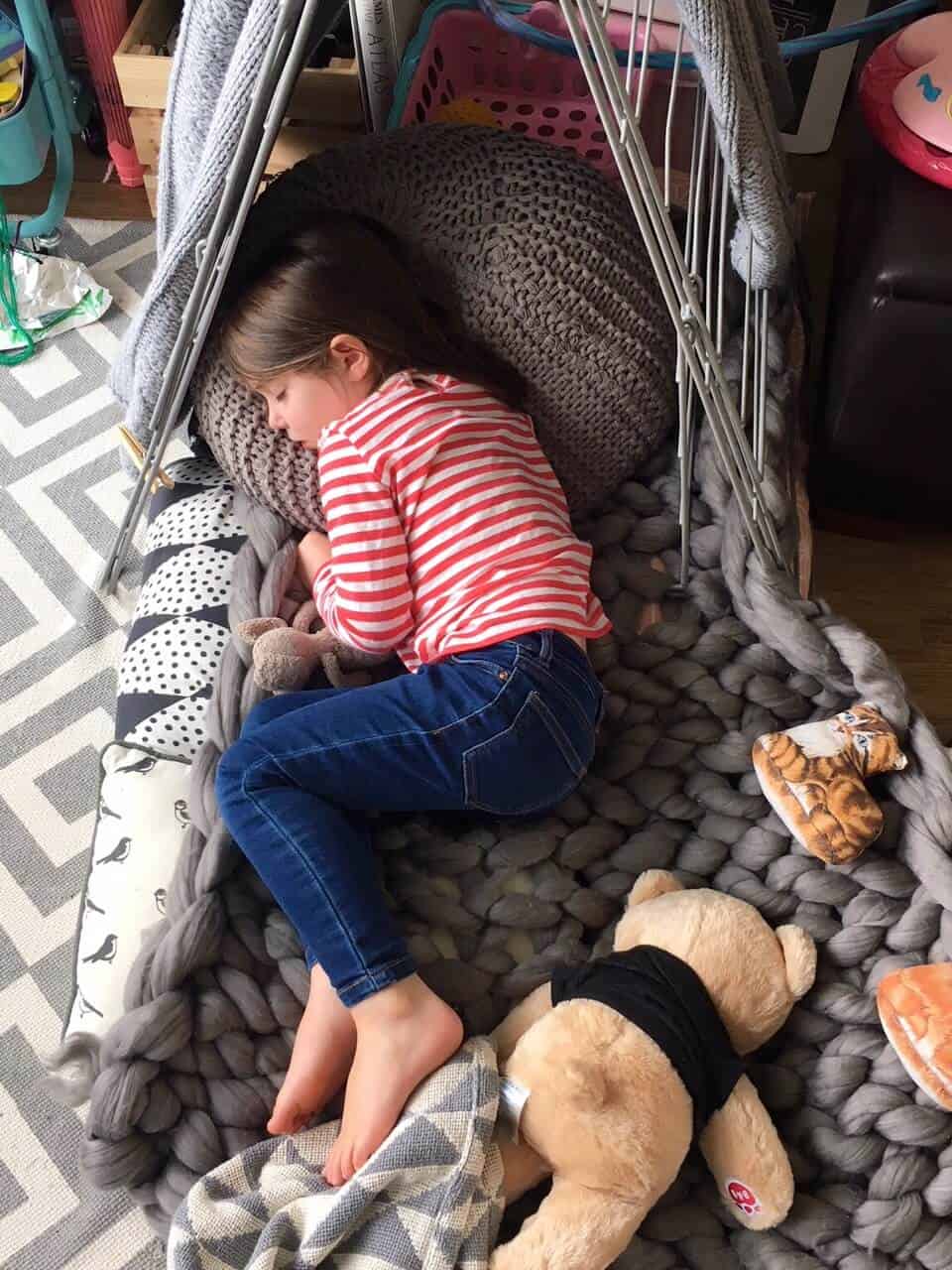 Ava wanted to make her feel better, so made her breakfast in bed, on a chopping board. How sweet is that? It was all her idea, I had nothing to do with it! Sadly she was feeling too ill to eat it. 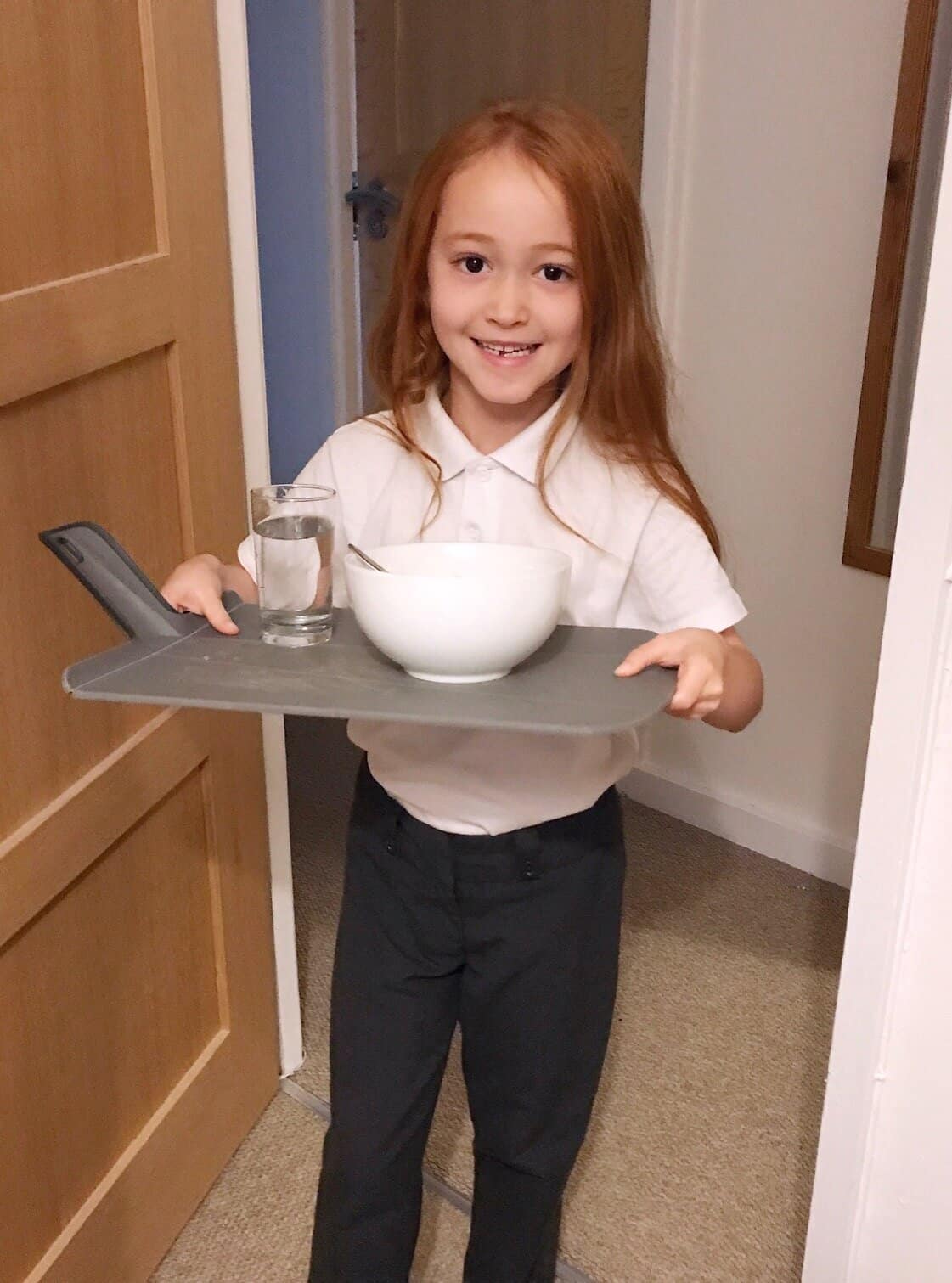 You might be able to see that Ava has lost a second tooth, in the photo above. It came out in a very dramatic fashion, when she caught it with her fork! Much screaming ensued and a lot of blood. But luckily Calpol helped. I was quite traumatised to be honest, especially as Thea kept saying “Mummy, it looks reaaaaaaaly bad!”

Ava’s topic is dinosaurs and her teacher told her about a fossil excavation kit from Tiger. So she was super keen to go and spend her tooth money buying one! She nagged all week, as she was worried that all of the children in her class would go and buy them and they’d sell out. Luckily there were some left and she and Thea had fun chipping away at their kits. 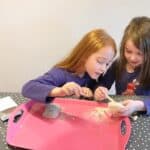 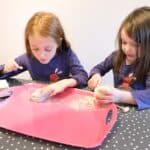 Ava set her dinosaur fossil up in it’s own house, that she made from a box and Sylvanian Family furniture. 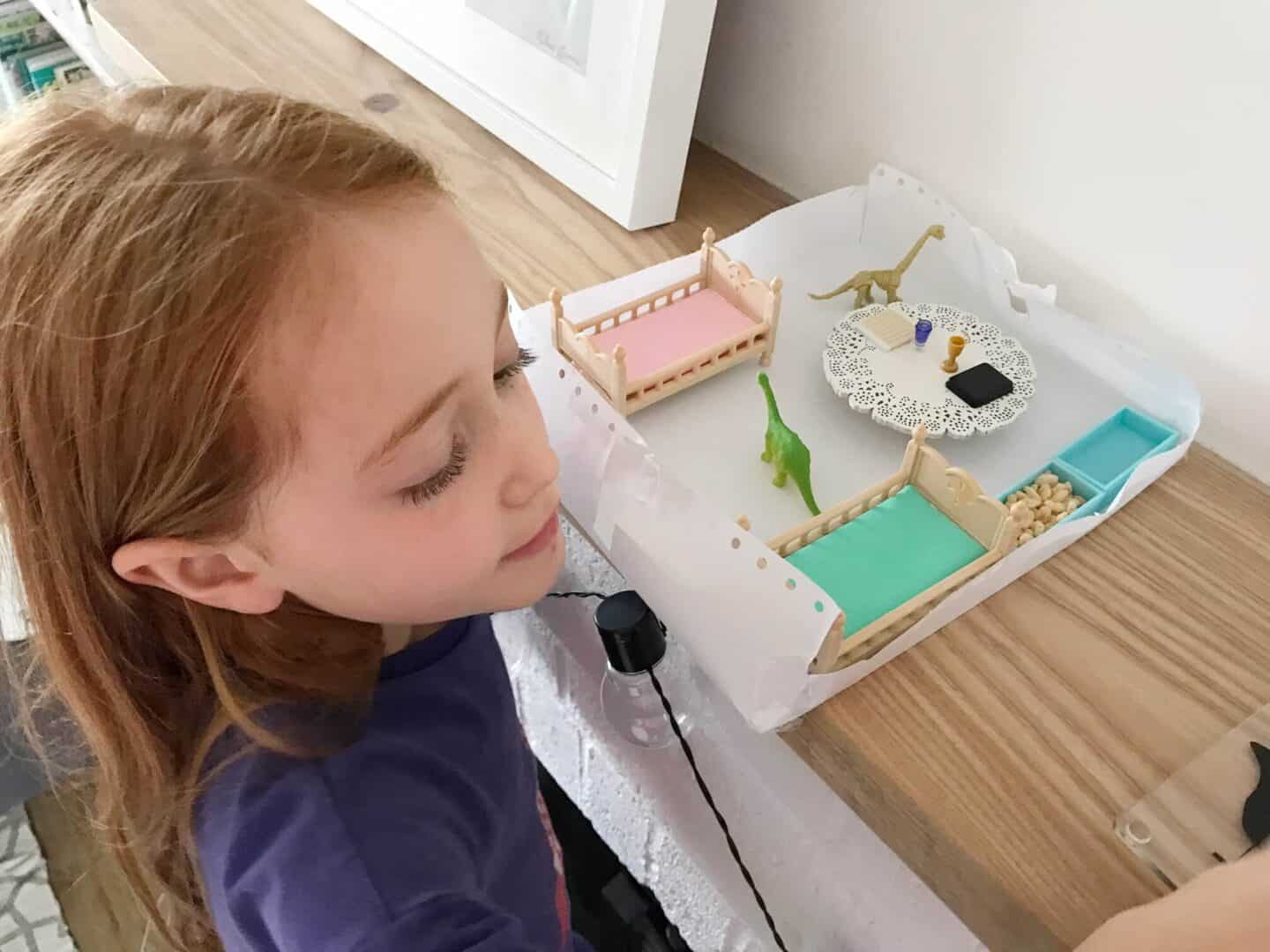 A Visit to Upton House

We had a fun day at the National Trust’s Upton House, with my extended family. We’ve been there before and you can read about Upton House in an old blog post. So I’ll just share a couple of snaps here. 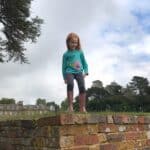 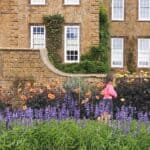 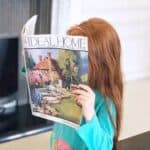 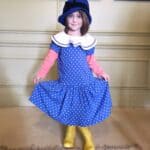 Ava loved getting her own breakfast in the morning, but has started not wanting to go downstairs on her own. So she’s started taking her bunnies down with her, “for company”. The other day, she’d given them all breakfast too, she is so funny! 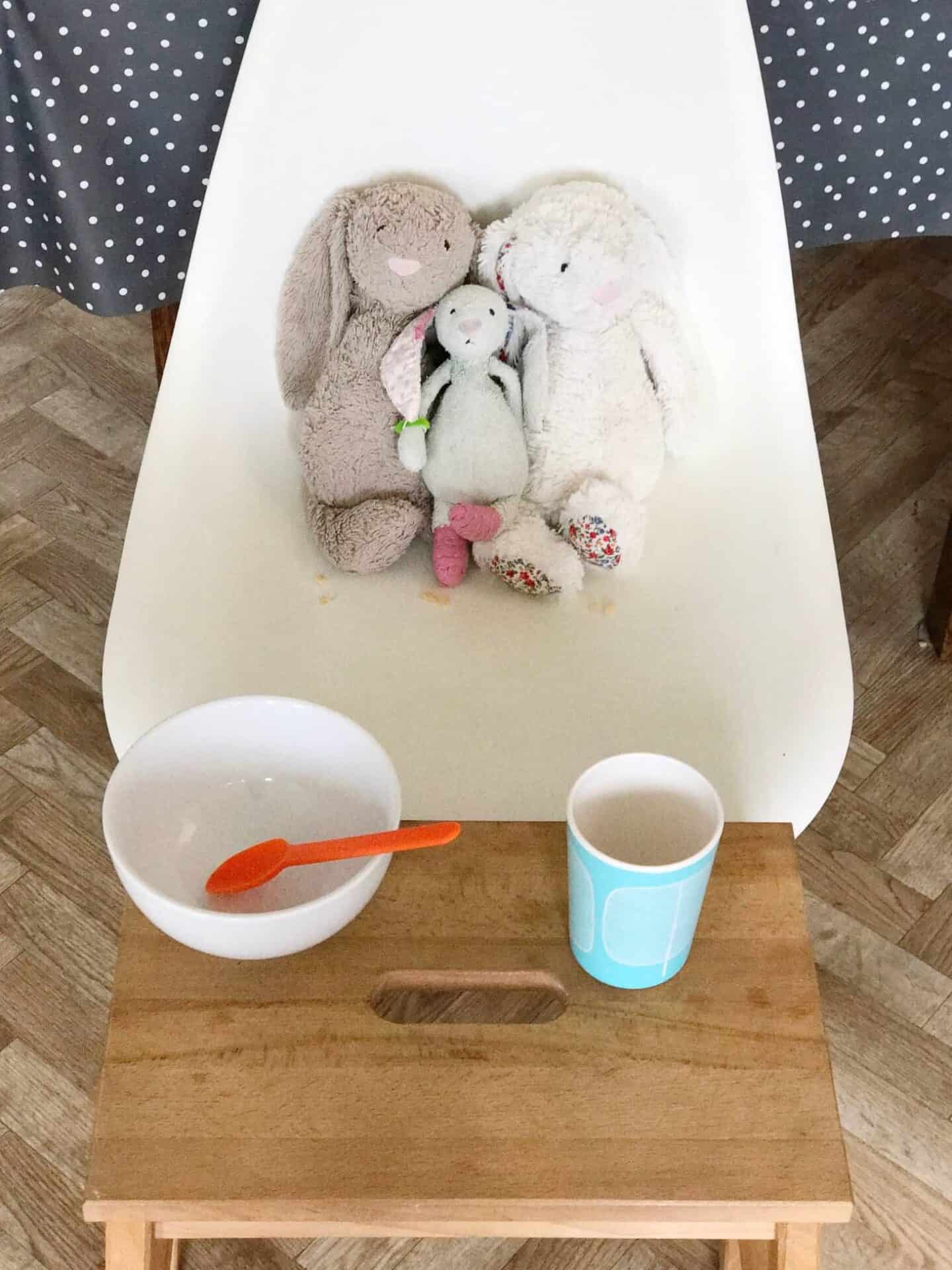 We went back to ballet after the summer holiday, and found last term’s snack in the ballet bag. Some rather shrivelled carrot sticks. I came back in the room, and the girls had arranged them all like this: 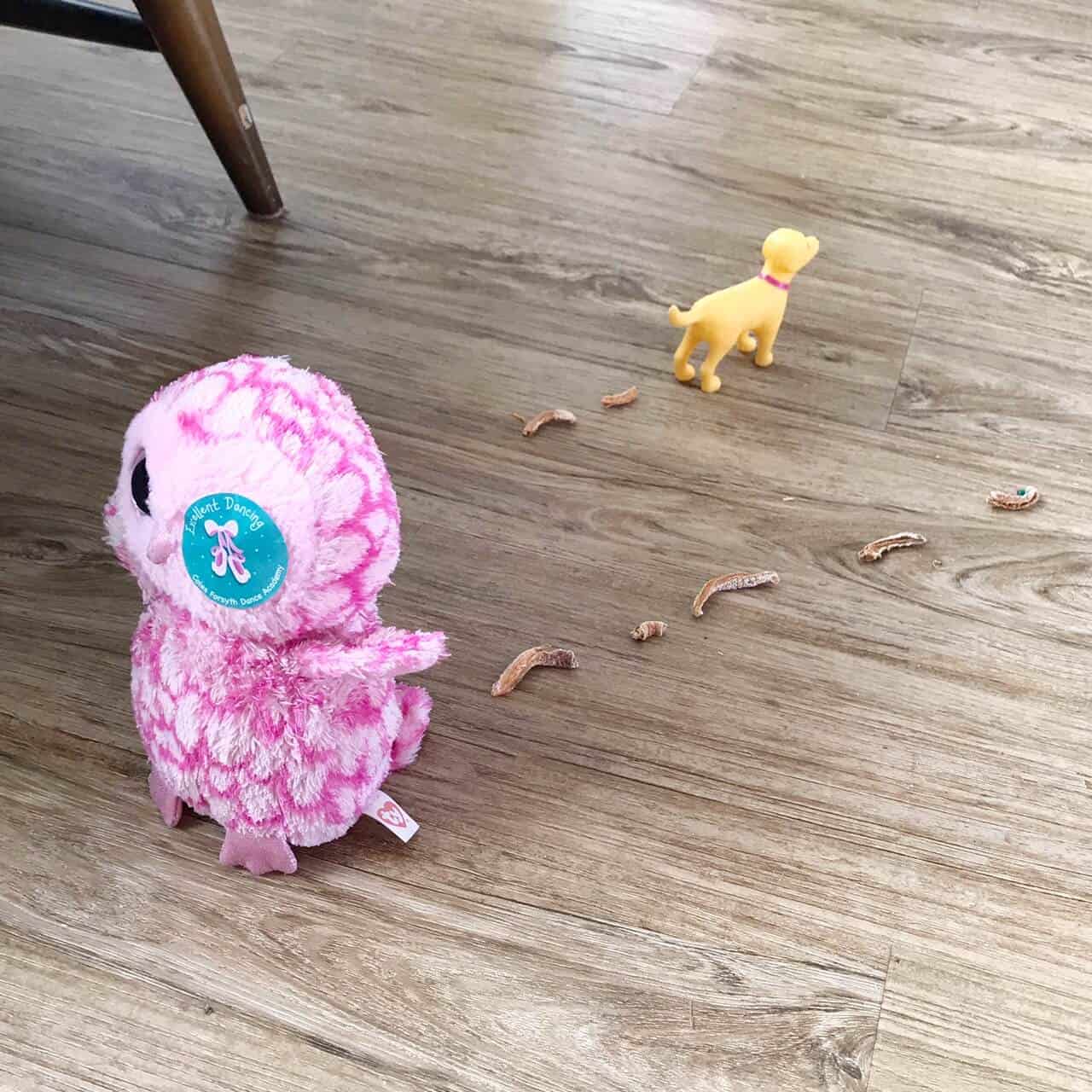 Note the owl’s eye patch too!

I hope you had a great month, what did you get up to?