What Thea Did Next: Cuddles, Cheekiness & Chocolate

Thea has been extra cuddly recently (which is saying something, as she is a cuddle monster!) She has taken to saying “I want ALL the cuddles!” and really means it. She’s been waking up at about 6.30 most mornings, needing a wee, (thanks, potty training!) so climbs into bed with me after I take her to the bathroom. Ryan leaves before six on week days so Thea and I have lots of cuddles before Ava wakes up, as I desperately try to get a few more minutes of sleep! 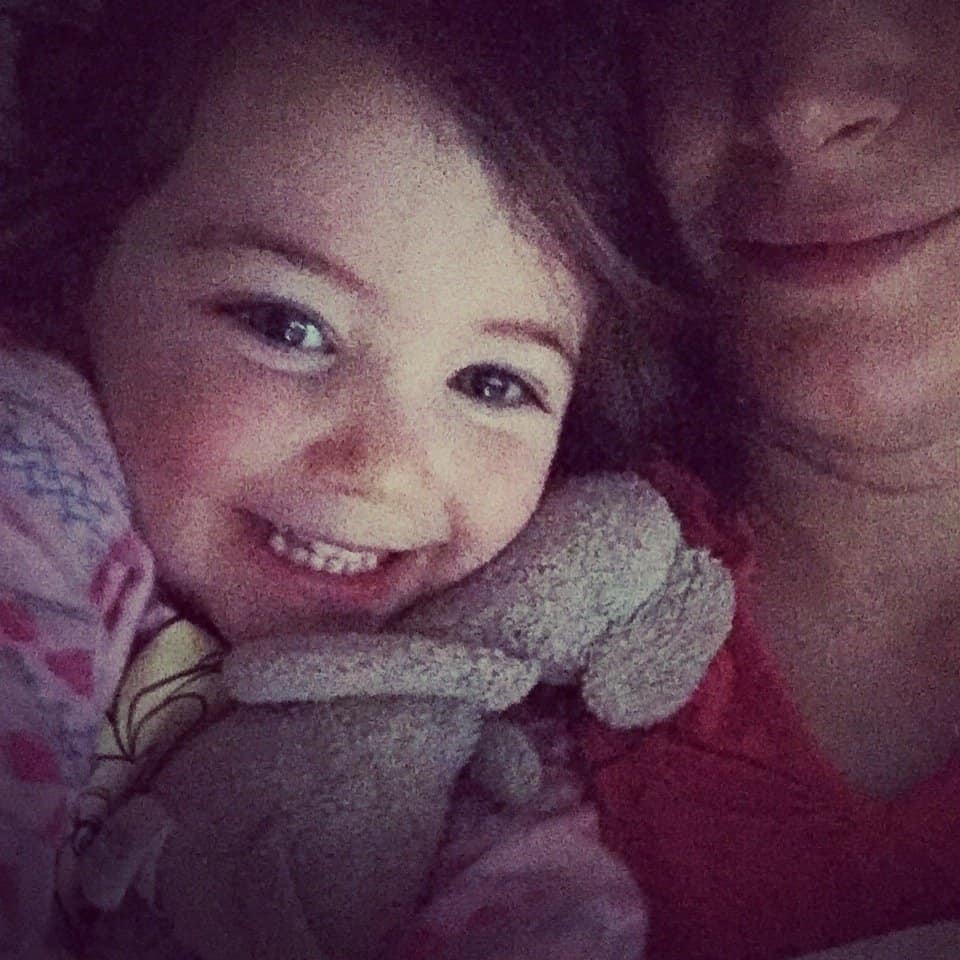 “I want ALL the cuddles!”

She totally fell for these giant garden gnomes we saw in Asda. She thought they were all Father Christmas! 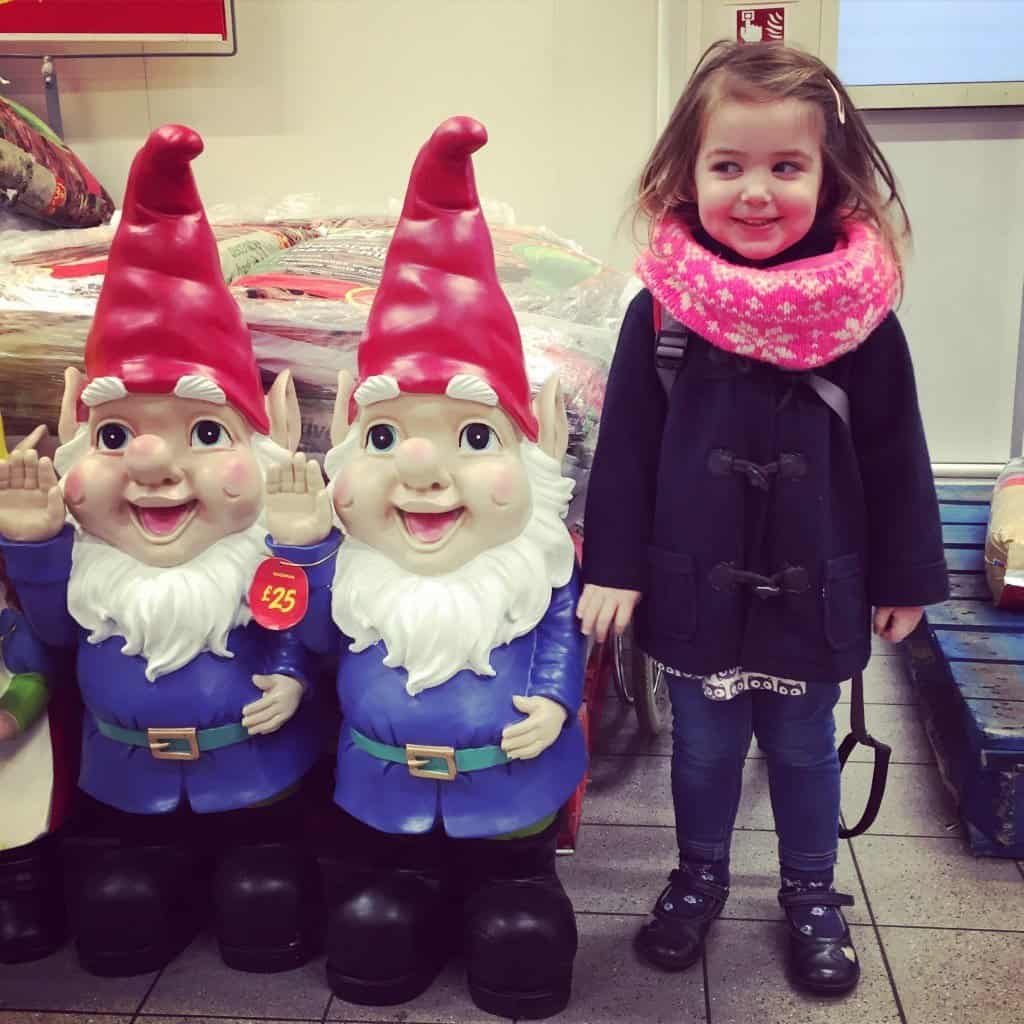 Another day, she was playing with her Minnie Mouse figure and asked me; “Why doesn’t she have any tights?” I said, “Perhaps she lives in a hot country so she doesn’t need to wear tights to keep warm.” She replied, “No she doesn’t, she lives in a box!” You can’t argue with that, can you? 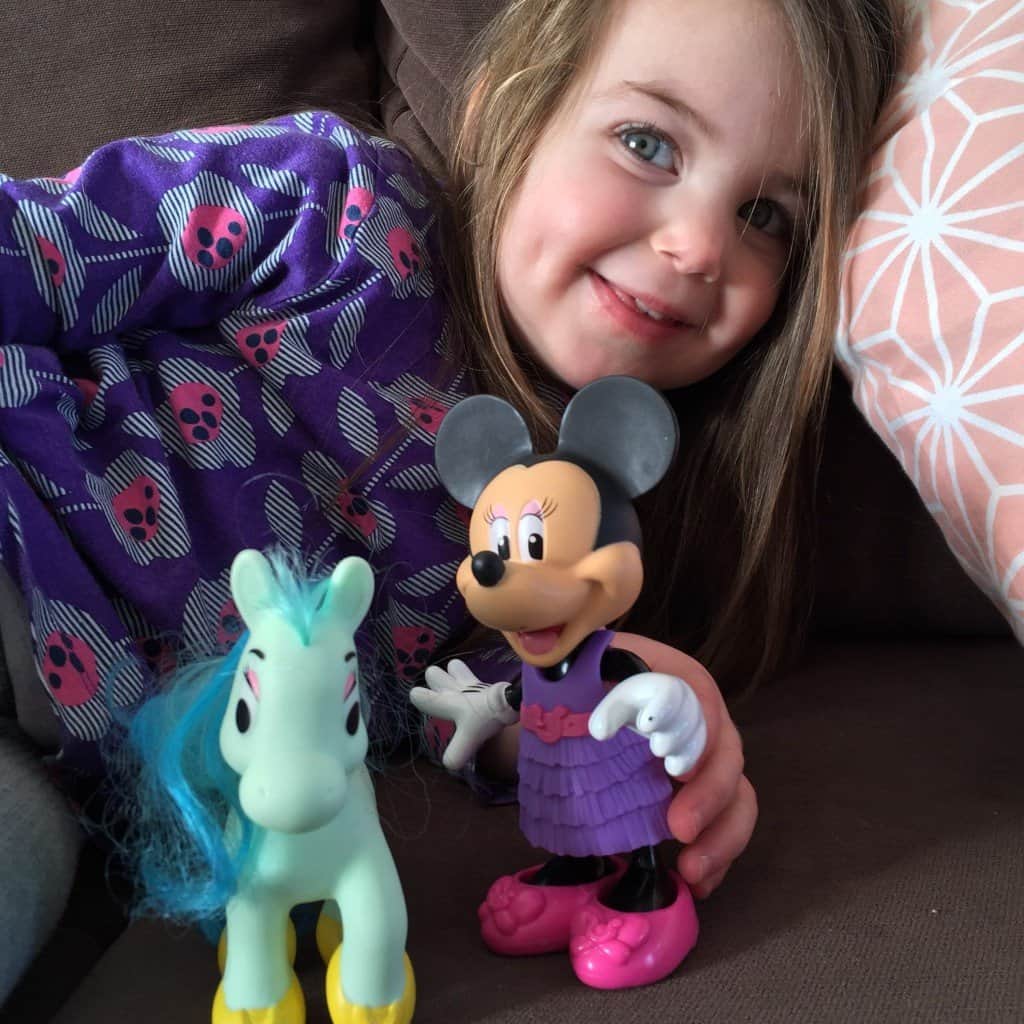 “Why doesn’t she have any tights?”

She has been turning into a bit of a madam recently, and we’ve had to have words about rudeness on a number of occasions. A case in point… we were scooting to school to pick up Ava and we got to the busy part, so I called out to Thea to stop. She ignored me so I shouted, and when I caught up to her I said she needed to listen to me and stop when I said, or I would have to take away the scooter. She muttered something that sounded like “It’s my bus-i-ness.” I managed to swallow the laughter, and carried the scooter the rest of the way, and she proceeded to get in a massive strop, as only a toddler can, and said she wasn’t my friend anymore. 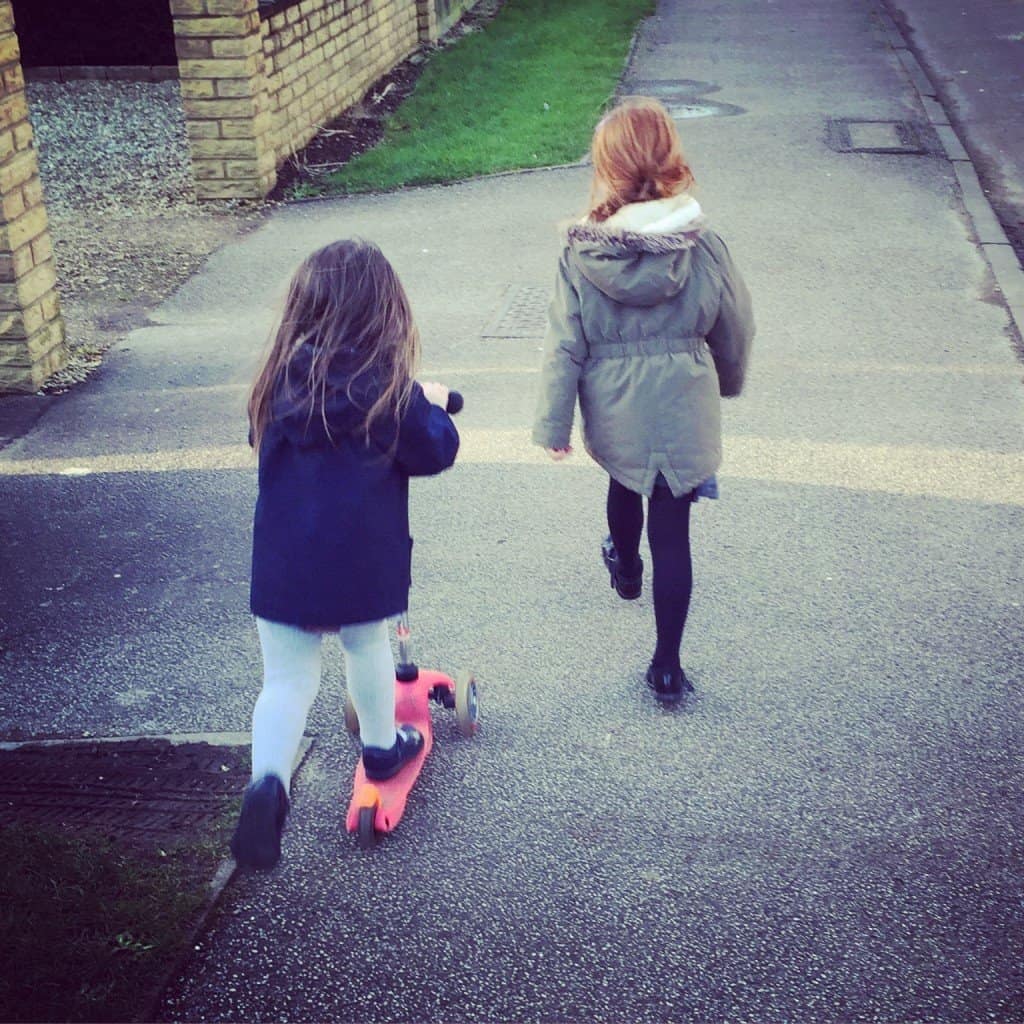 She did make me a very cute Mother’s Day card, but I pretty much had to wrestle it from her, as she wanted to keep it for herself! A few weeks later she made an Easter basket at toddler group, which had three small chocolate eggs in it. I foolishly didn’t take it off her when we got in, and she came up to me a few minutes later saying “Mummy, I ate one of the Easter eggs, sorry.” Does she look sorry to you? 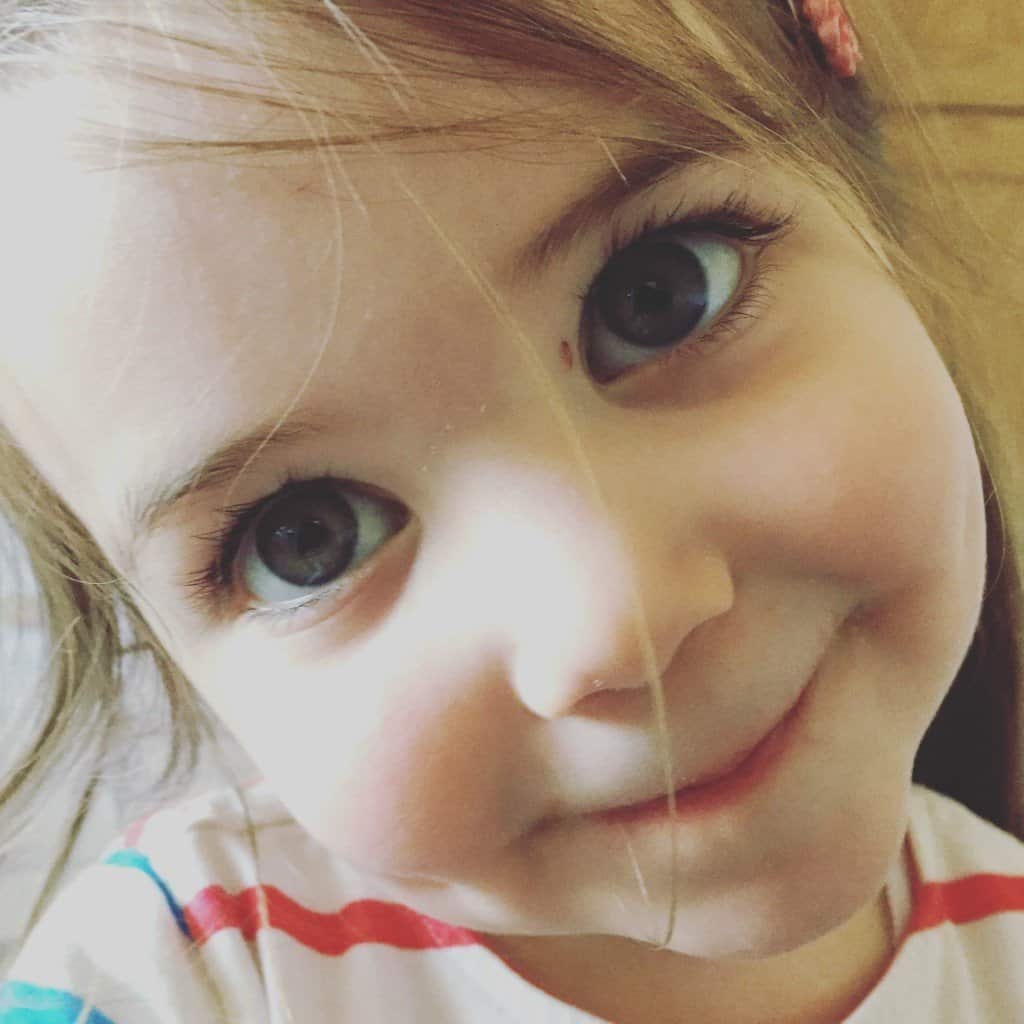 It’s pretty hard to be cross with that little face though!