Ava, Days Out, Make & Do, My Favourite Family, Thea, Things I Love

My Favourite 5 for October: The Circus, London & Afternoon Tea

We have had a busy and fun-filled half term, and now the countdown to Christmas begins!

A Reward For Ava and thea

I spray painted some glasses and filled one of them with stones a while back, and when the girls help me, or get good feedback from school/preschool, or do anything else that warrants a little reward, I move stones from one to the other. When they fill the second jar up, they get a treat. 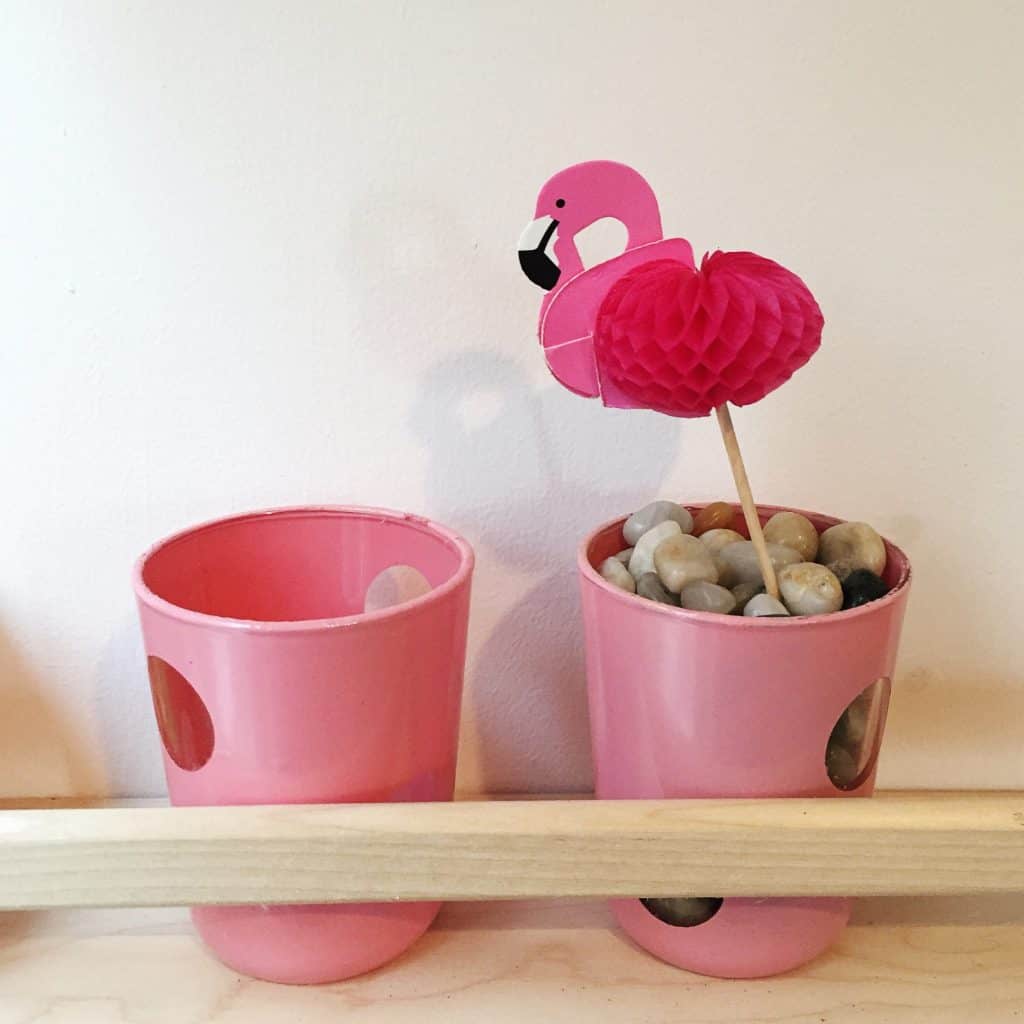 All the stones are in the second jar, so the girls have earned a treat!

I prefer this to a reward chart, as they work together to fill the jar. You can find out how to make these pretty jars here.

The jar is full, so I took the girls to the Circus at Frost’s Garden Centre as their reward. I hadn’t registered that it was a Halloween Circus so I was a bit worried that Ava would freak out (she’s not a fan of Halloween). But luckily she was fine. There was a Mummy, but I heard her reassuring Thea that it was only a man in a costume. It was a fun show, with acrobats, a lady balancing words, some hula hoopers, and this man balancing on cylinders. 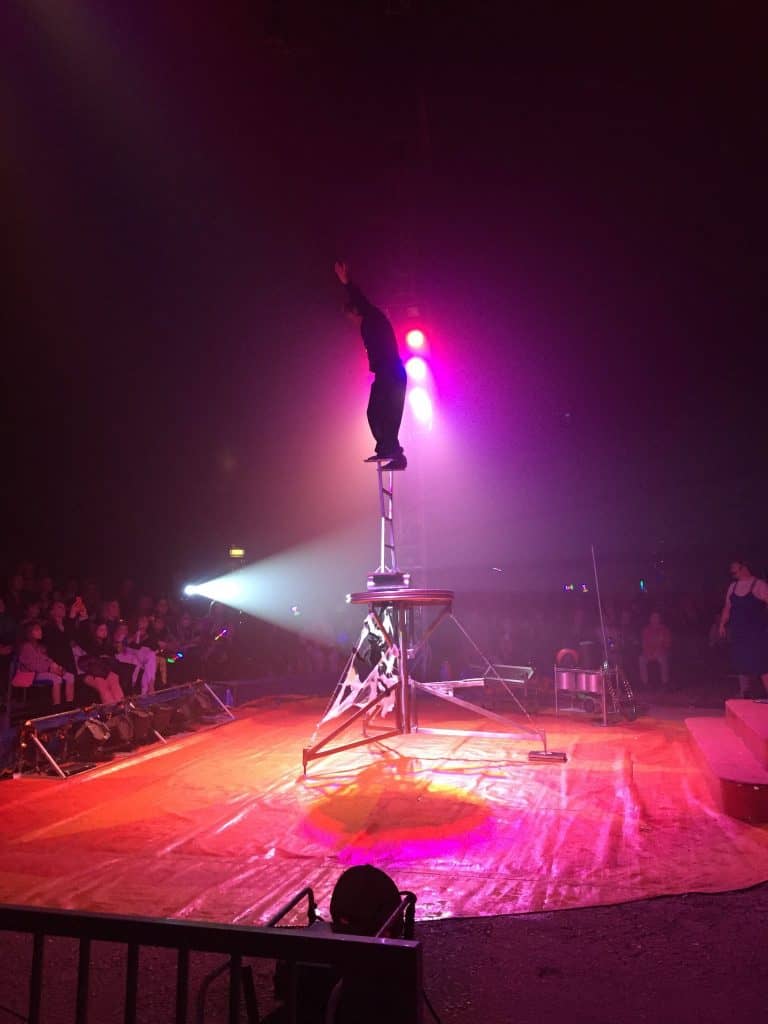 There was also a clown. I am scared of clowns (the Killer Clown phenomenon hasn’t helped) and my friend made me have my photo taken with him afterwards. Note the hysteria. 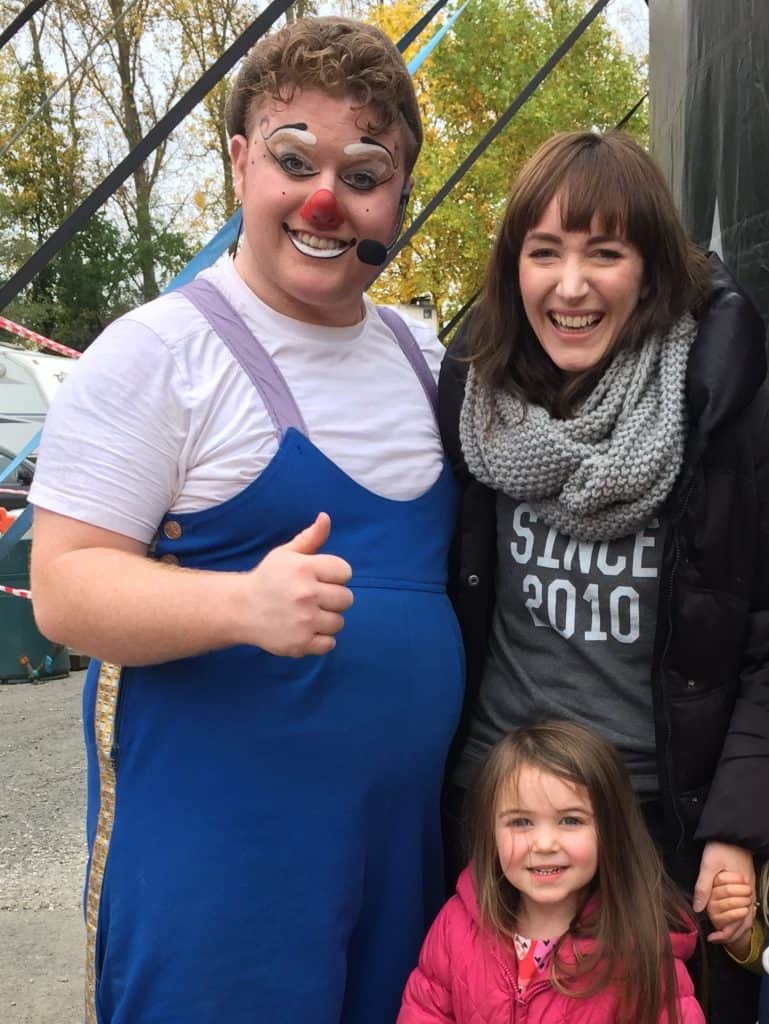 There was also an act called Mr Slinky. Which was a man in a life sized slinky suit, I really got the giggles.

A trip to London

We took the girls down to London for the day, and the loved the train and tube. 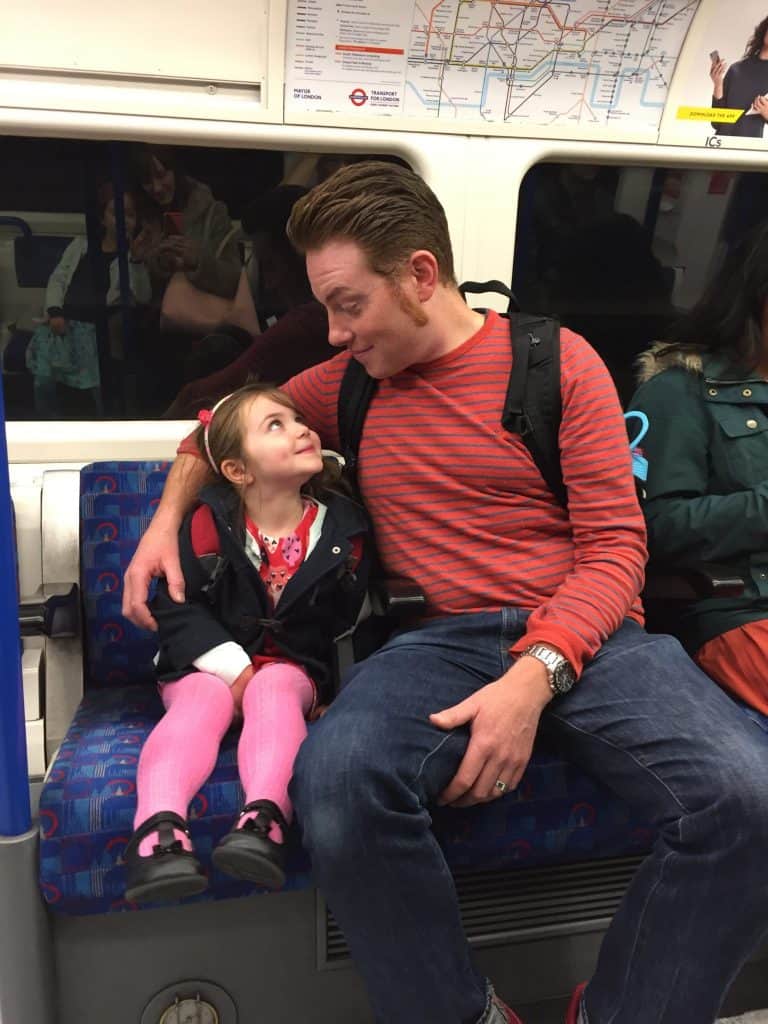 We had lunch at The Rainforest Cafe. It was fun, but expensive (though no more than anywhere else in London I guess! ) The girls were a little freaked out by the animatronic animals, but did like the elephants. Thea also loved the person dressed up in a frog costume – she always loves them, though Ava is always too scared to have her picture taken. Ava loved the food though! 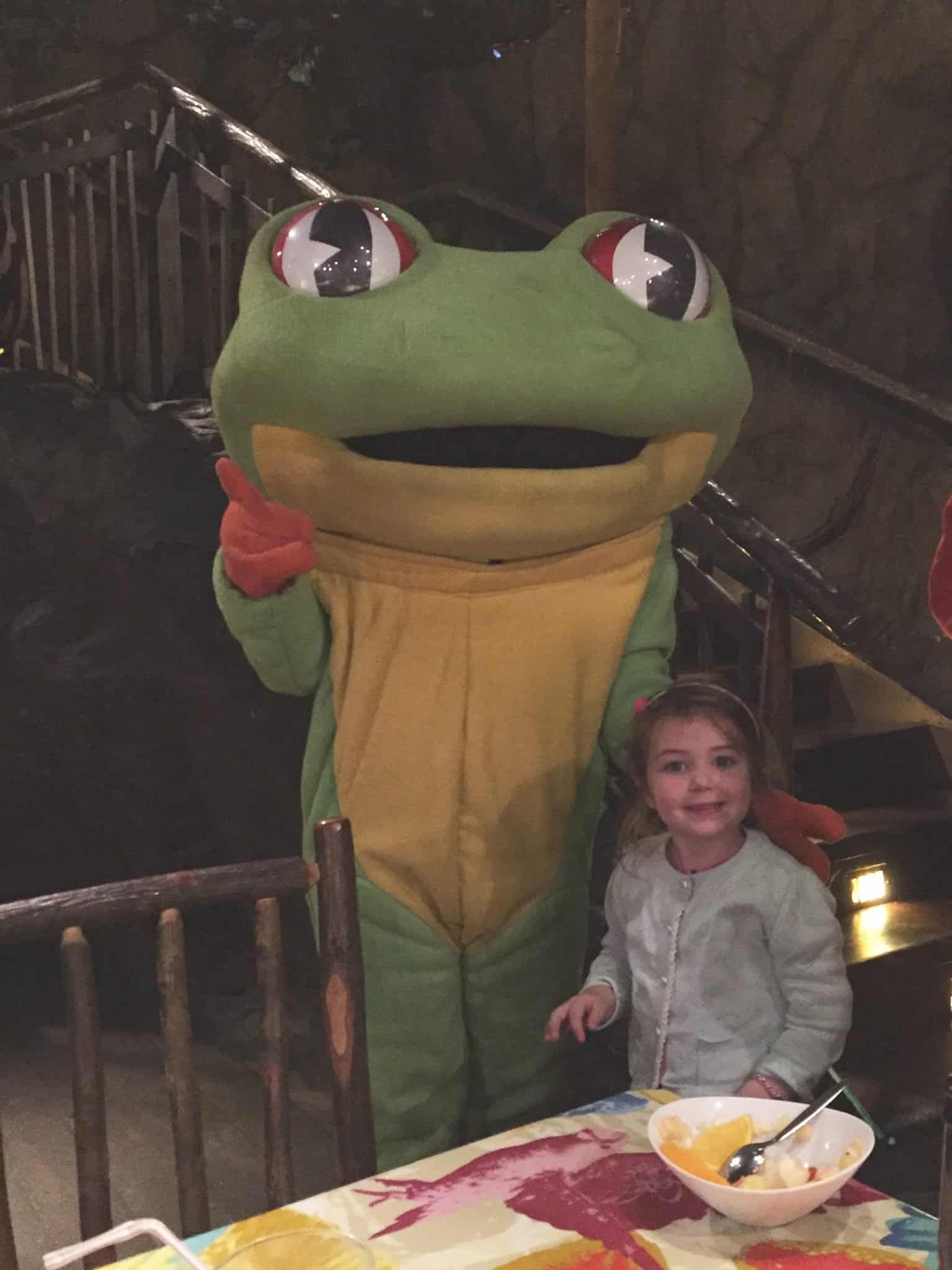 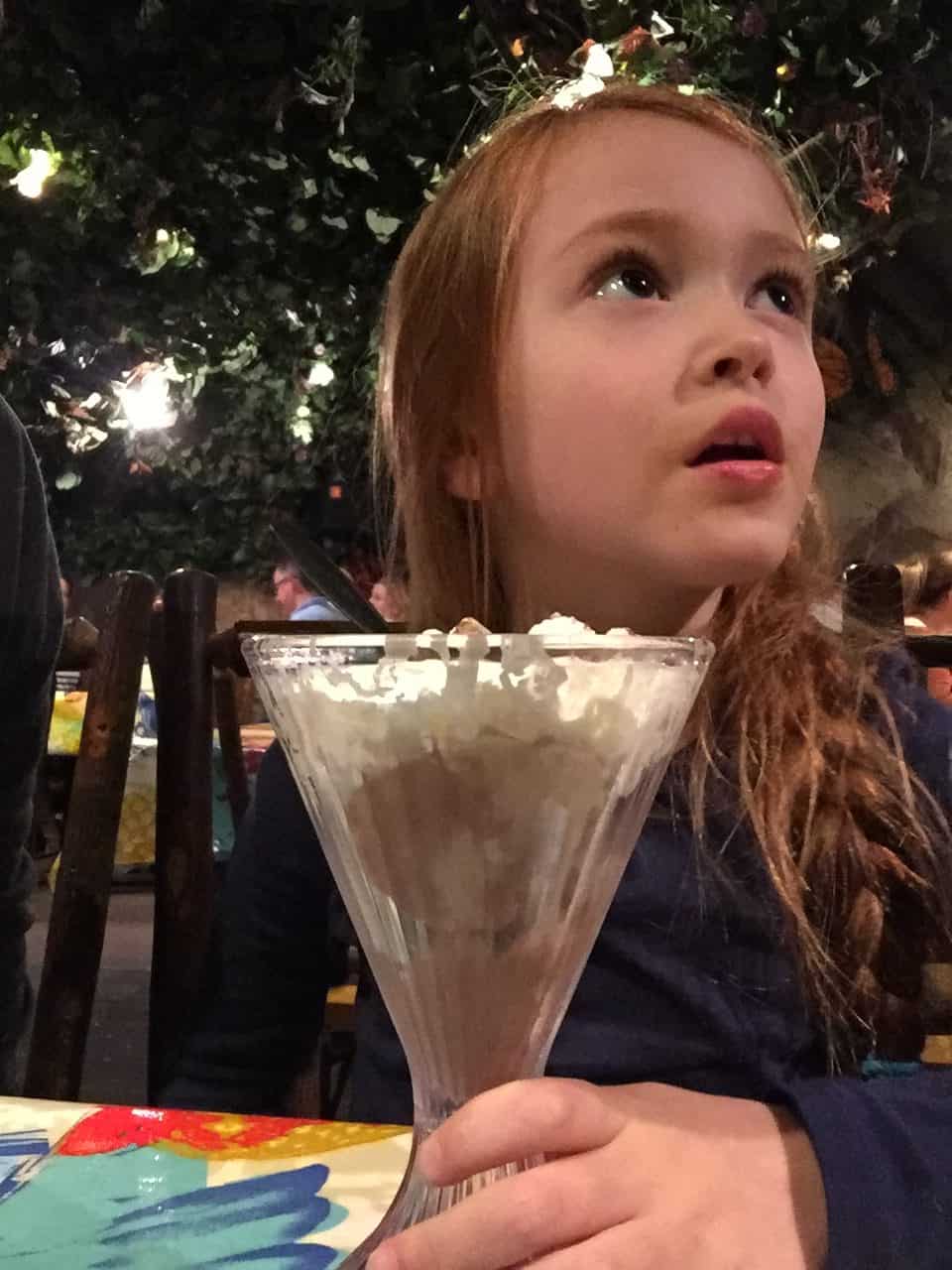 Georgia O’Keeffe is one of my favourite artists, and The Tate Modern‘s had a retrospective of her work over the summer. I took Ava into the exhibition with me, which made it a bit stressful as I was worried she was going to touch one of the paintings! She did like it, especially the flower paintings. We have taken them to galleries before but I think this was the first time she took it in. She did say she thought it was a bit boring, apart from the paintings. But when I said the paintings were the whole point she realised she had enjoyed it!

We loved walking around, showing the girls the sights.

Looking across the #Thames to #StPauls from the Tate Modern. It’s lovely to visit #London even when it rains, but so great to be home snug and dry!

Ava loves spending time in the garden and every few days she’s been sneaking out to pick our raspberries. Most of our fruit and vegetables failed this year, but my parents have had better luck (or skill!) Ava decided we should collect all of our harvest together and have a harvest festival at Grandma and Grandpa’s house. She made invitations, and decorated the tables. We had a lovely time and have decided to do it every year. Although the majority of the ‘harvest’ came from the shop, rather than our gardens, we did have a delicious apple crumble with home-grown apples from my parents’ garden.

Ava wanted to have a Harvest Festival of our home grown produce. Sadly most of it died, but grandma stepped in to host! Ava decorated the table, what do you think?! 🍁🍂🌸🍁🌺🌼That’s #homemade #applesauce made from #homegrown apples 🍎🍏 (not by me, by my mum!)

Ava has been going to Taekwan-Do for a few months, and has finally got some of her ‘stripes’ (which are actual bits of electrical tape, stuck on to her belt). She got three in one lesson, and was so proud of herself, and so was I. The week after, she got another one, so has been put in for her first grade!

A while back, I got a Groupon for a spa day and chocolate afternoon tea with a glass of procecco at a Hilton Hotel for £15 each, what a steal. So last week I went with three of my best friends and we had such a lovely time.

Have you had any ‘me time’ this month? Or a fun day out? I’d love to hear what you’ve been up to, please leave me a comment!