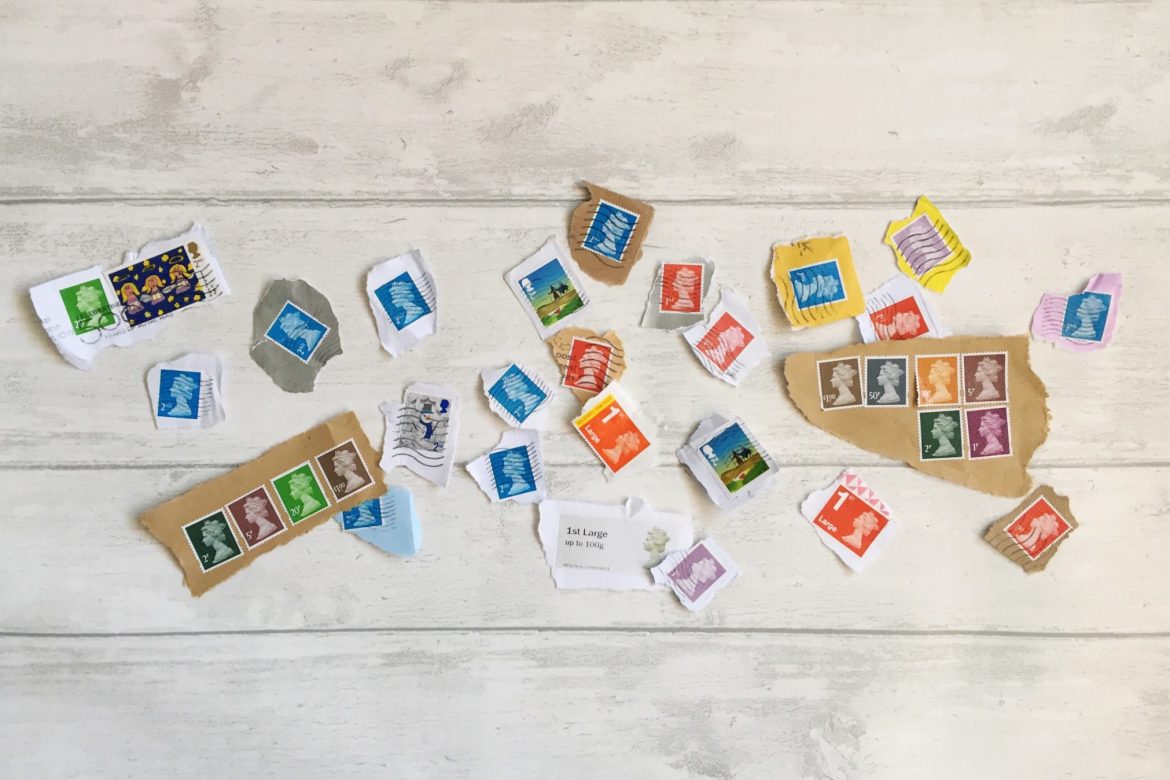 Did you collect stamps for charity for Blue Peter in the Eighties? I did. I never figured out how they made any money from collecting stamps, but it was an easy thing for a child to do. Ditto the milk bottle tops.

I hadn’t thought about collecting stamps for decades (literally), but a friend posted about it on Facebook. So I thought I’d remind you, in time for you Christmas post! We are both collecting for Kicks Count , which is a brilliant charity that does absolutely vital work. We’ve been collecting stamps for months and only have this many, so it’s not a quick win in these days of email. 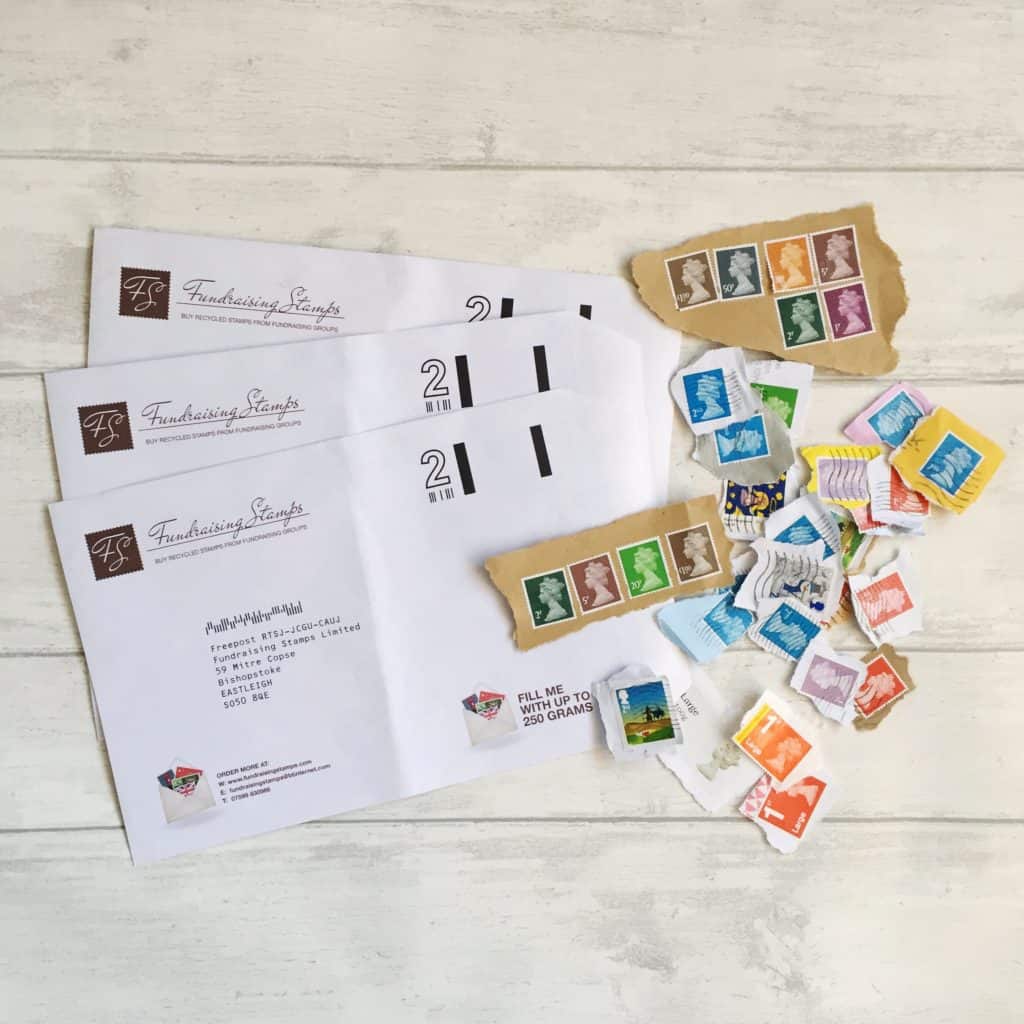 Kicks Count is such an important charity – and give these statistics:

“The UK’s current stillbirth and neonatal death rate of 6500 per year mean that 17 sets of parents every day will take home their newborn baby in a coffin… [but] there is the potential to save up to 90% of these babies.”

“The key aim at Kicks Count is to reduce the UK’s current stillbirth rates by educating pregnant women on the importance of monitoring their baby’s movements and reporting any change in their baby’s regular pattern of movement.”

They want to help mums-to-be be more confident about their pregnancy, and help them recognise the signs if their unborn child isn’t moving enough.

Pregnancy can be a stressful time, as well as exciting, and I’ve heard many women saying they “don’t want to make a fuss and bother their midwife/doctor.” And I admit I have thought the same. But I now know you absolutely MUST contact your health team if you are at all worried about any aspect of your pregnancy. This is especially vital if you have noticed your baby isn’t moving as much as usual.

Of course it’s hard to know what is ‘normal’.  That’s why it’s vital to keep a track of your baby’s kicks, so you get to know their movements. I didn’t really do this for Ava as I didn’t know how important it was. I was more conscientious with Thea, mainly because some of my friends had lost babies, and I was really scared. It’s easier to keep track now as you can download an app for your phone.

I’d really encourage you to visit Kicks Count if you or your friends are pregnant. It has lots of great advice. Here are some key points from their site for starters:

ALWAYS call the midwife if…

I had to be induced with Thea ten days early, as I had incredibly itchy palms. This is a sign of a liver problem called Obstetric Cholestasis. I don’t think I had a serious case, as they seemed fairly blasé about inducing me. But who know what would have happened if I hadn’t spotted the signs and got checked out at hospital. Waiting on those dreadful hospital chairs when you’re nine months pregnant is not the loveliest way to spend an evening, but it could save your baby’s life.

So have I convinced you to collect your stamps?

You can order up to five collection envelopes from Fundraising Stamps, and specify the charity you want to support. I have five envelopes, and am giving one to my parents and parents-in-law, and knocking on our neighbours’ doors with the others. I’ll also ask if our local doctors and schools collect their stamps.

I think this is a great project for Ava and Thea. They love collecting things (normally random bits of plastic, buttons and coins). It will be good to direct that collection to something useful, and hopefully teach them a bit about helping others.

Christmas is coming and for us, that is the main stamp collecting opportunity. Normally we don’t get that much stamped post, just marketing stuff from the bank. Will you help raise vital funds for charity and collect stamps? Which charity would you choose?