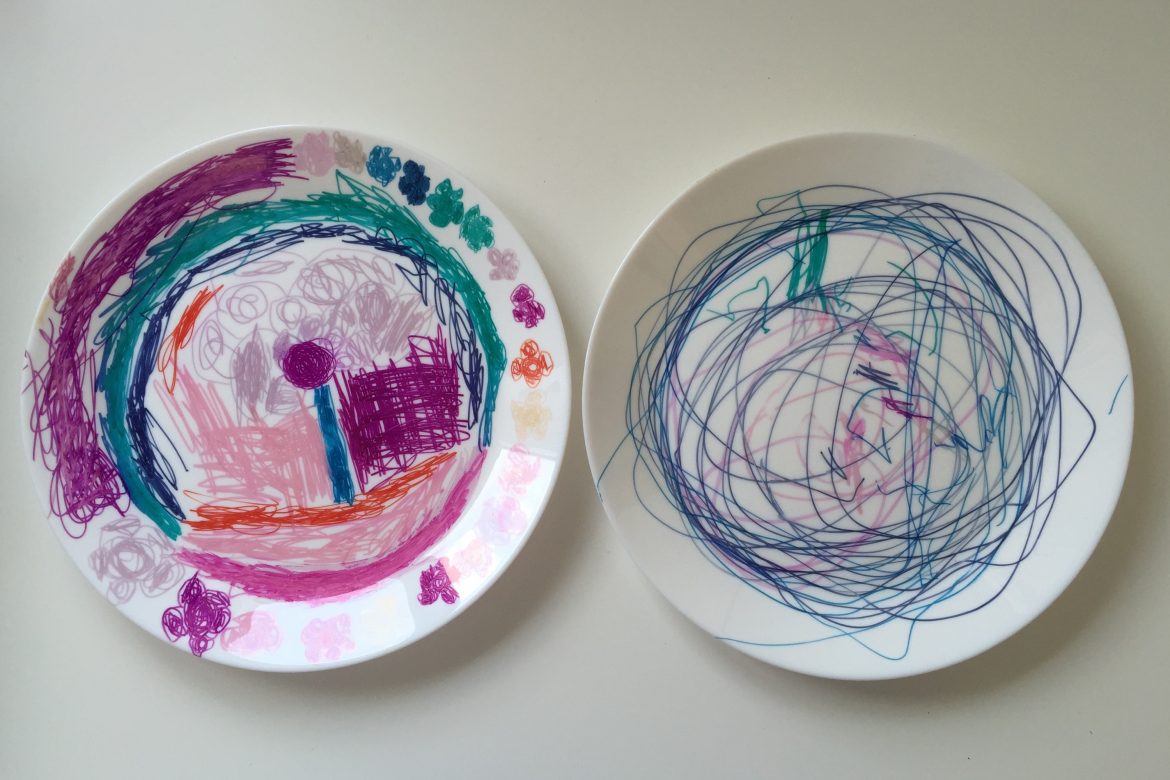 Crafts, House to Home, Make & Do, My Favourite Family, Things I Love

We had fun this afternoon, making our Father’s Day presents, using nothing but plates and pens!

It’s so easy and didn’t cost a lot: just £1 for two plain white plates from IKEA, and a pack of Sharpie permanent markers, which were about £10.

I should have also used an apron… Anyone got any genius ideas how to get permanent marker out of clothes?!

Anyway, I just washed the plates and set the girls loose with the pens! They absolutely loved it.

I discovered that if you’re quick, you can wipe off any smudges or mistakes with a baby wipe. I wrote their Father’s Day messages and the date on the back, as I’m planning to do this every few years as they are growing up.

According to several things I’ve read on Pinterest, putting the plates into a 180 degree oven for half an hour, and allowing them to cool should fix the pen and make it permanent. However after some tests with an old mug, I found pink lasted about four runs through the dishwasher, but black washed off after one. So after more research I discovered I bought the wrong kind of Sharpies – they should have been oil-based.

Ours will only be for display anyway, so apart from the odd wipe with a duster, they will be left alone. I baked the plates anyway, and I was pretty pleased with the results.

It was supposed to be a surprise, but Ryan related this conversation to me:

So much for that secret then!