Pressure cookers have come a long way since the 80s. My mum had one (probably still does!) and it was huge, heavy, and hogged the whole hob. As far as I can remember, she only used it for the Christmas pudding, and to pop popcorn. Well, fast forward 30 odd years, and I can tell you the new generation are nothing like that noisy old one.  I’ve been testing a swanky electric pressure cooker, and it’s pretty cool and does lots more than just pressure cook.

I’ve been interested in getting a pressure cooker for a year or so now. When I was part of the IKEA Live Lagom sustainability project, a few people got them and were raving about them. They cook really quickly, thereby saving money on fuel costs.

As a busy working mum, my time is very precious. I do love cooking but have been put off since we moved house as our oven is terrible. We are getting a new kitchen in a  few months, so we are trying to save money. This clever electric pressure cooker ticks all the boxes, and has reignited my interest in cooking! WHAT’S IN THE BOX? 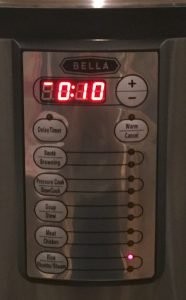 It’s easy to set the time with the + and – buttons to get the right time. It beeps when it’s finished so you can turn the valve to release the pressure. The steam comes out with some force, so do make sure you use an oven glove, and keep your face well away when you do this! The steamer platform slots into the non-stick bowl. 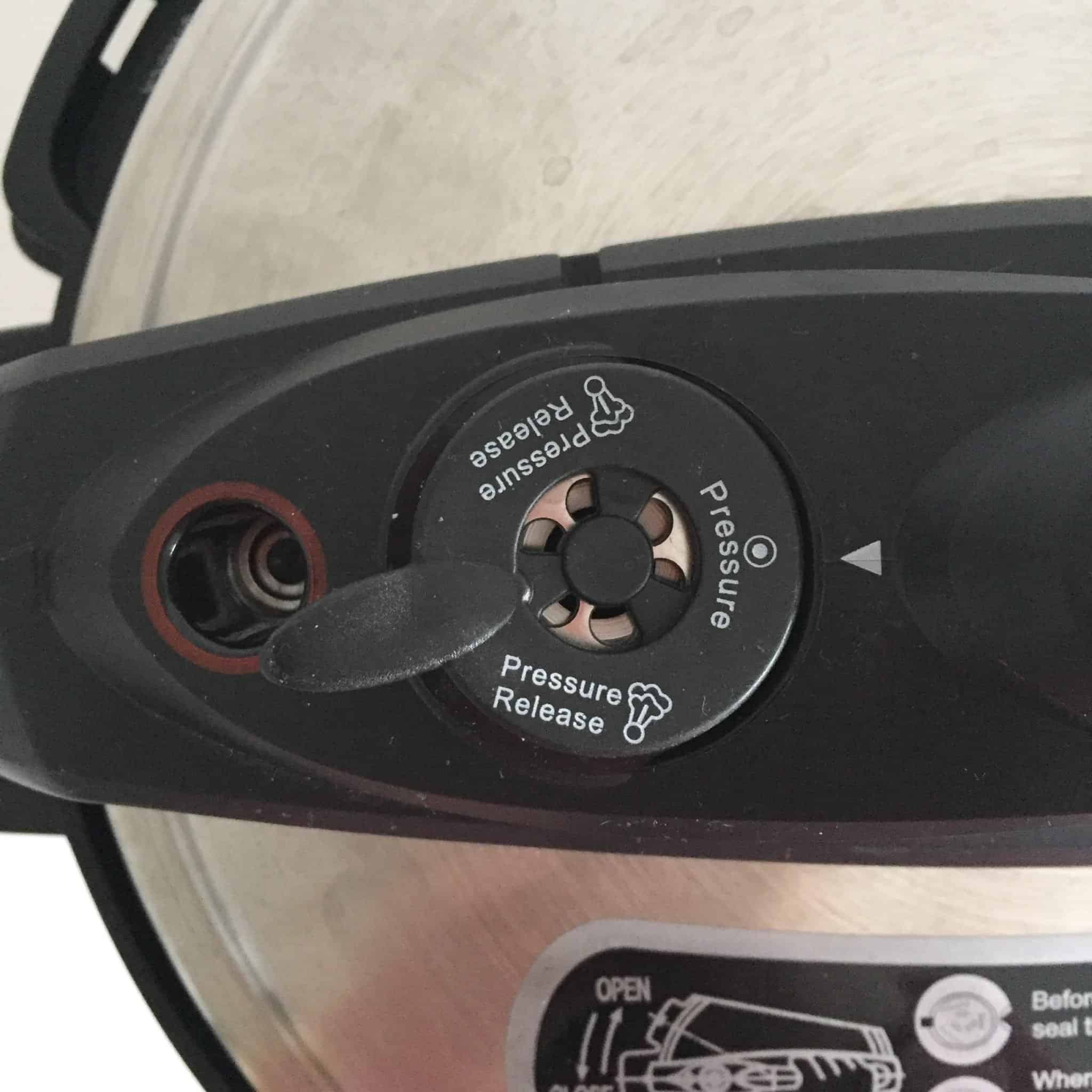 The pressure valve, which hisses when you open in. There are instructions on the lid. The non-stick bowl has easy to read measurements on the inside,

There is also a quick start guide and instructions with a few recipes to get you started. 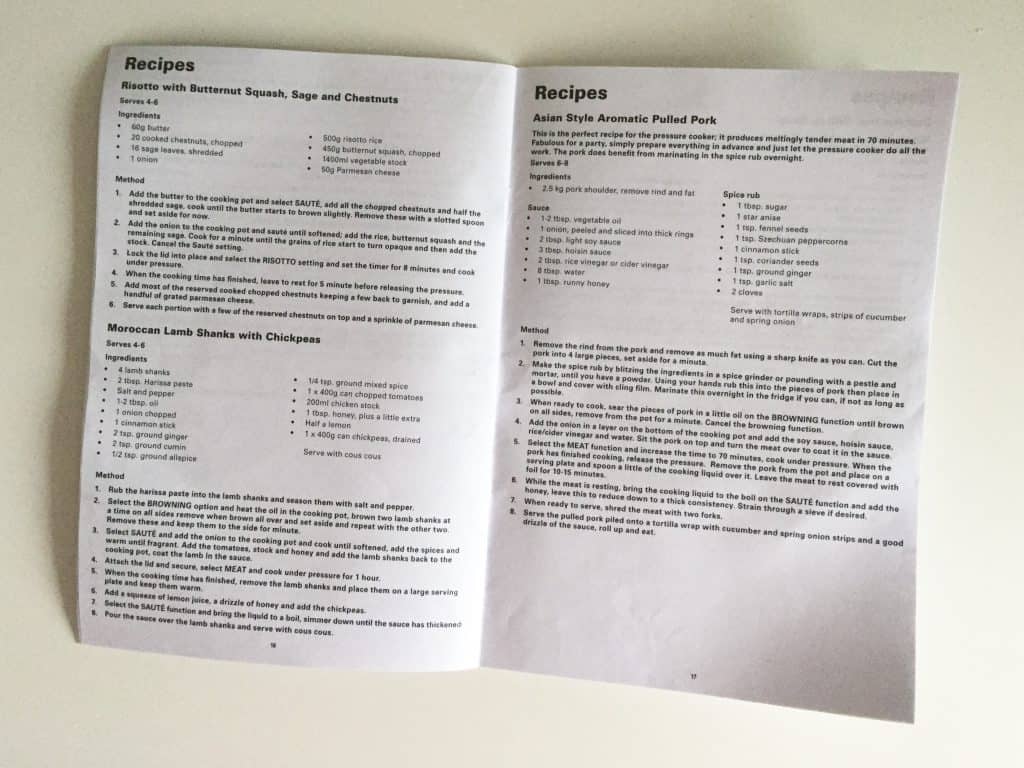 It has a smart stainless steel finish so you could leave it out on your worktop. It is very big, so takes up a lot of space in a cupboard. As it also has a slow cooker programme, I’ve been able to give away my slow cooker, so it takes up that space.

HOW EASY IS IT TO USE THE ELECTRIC PRESSURE COOKER?

I have to say, that cooking with an electric pressure cooker does take some getting used to. My first attempts were rather soupy, as I used far too much liquid. But I have persevered, and had a number of notable successes.

Many of the recipes I’ve tried have a white wine and onion base. Because you can set the pressure cooker to a browning or sautéing programme for this, meaning less washing up. 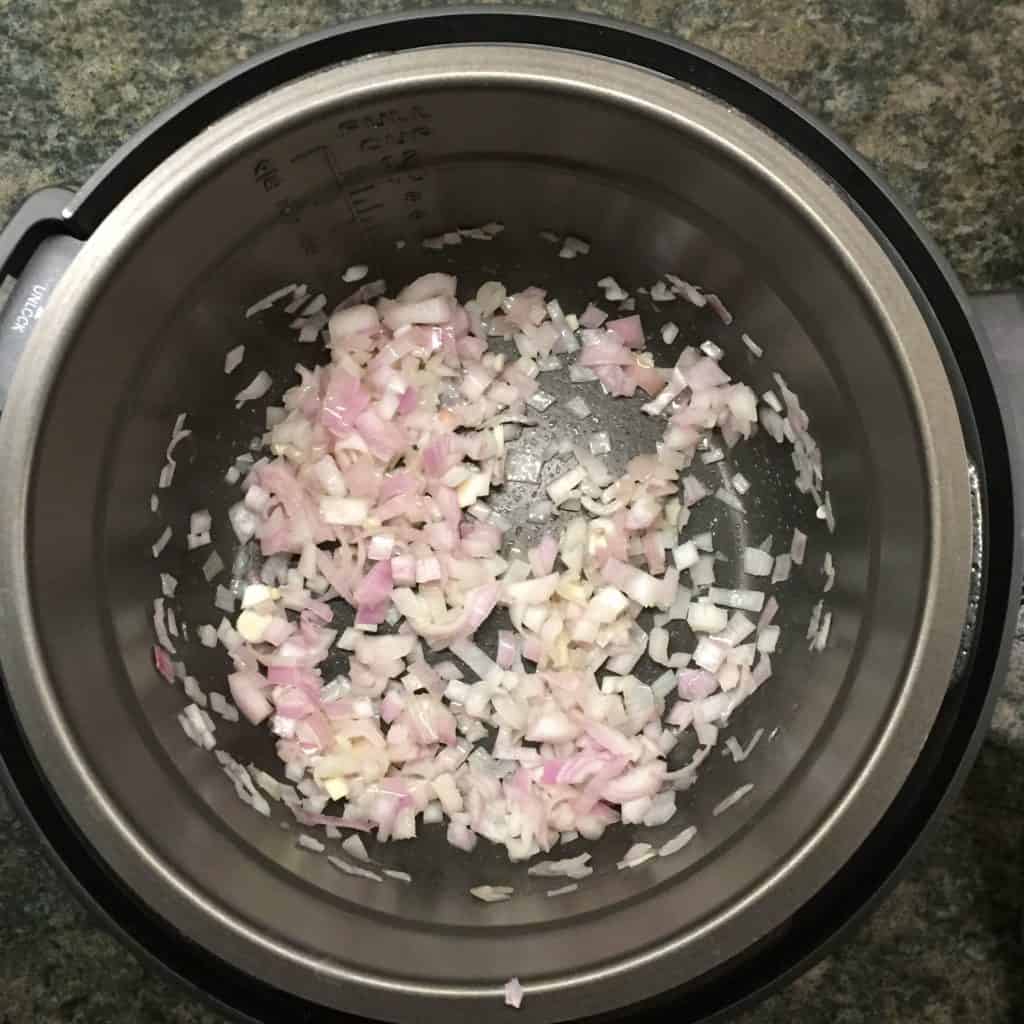 I do feel like I’ve had to relearn how to cook to use the pressure cooker. My first risotto was OK but a bit stodgy because I accidentally put it on the ‘Rice’ setting rather than the ‘Risotto’ setting. But the second and third attempts were perfect. In fact, I will never go back to making a risotto on the stove again, it’s so much quicker and easier in a pressure cooker, with virtually no stirring! 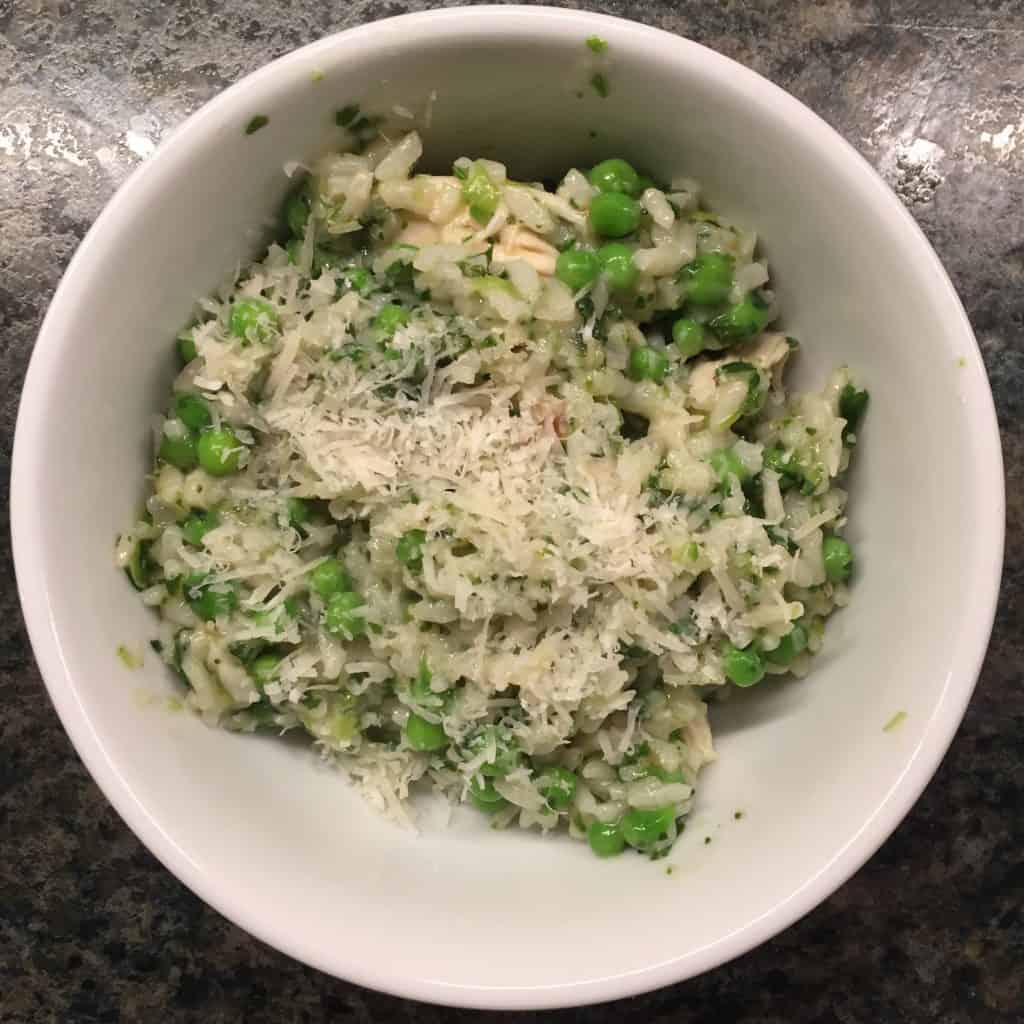 I made a lamb stew using the ‘Slow Cooker’ programme which was tasty, but soupy. 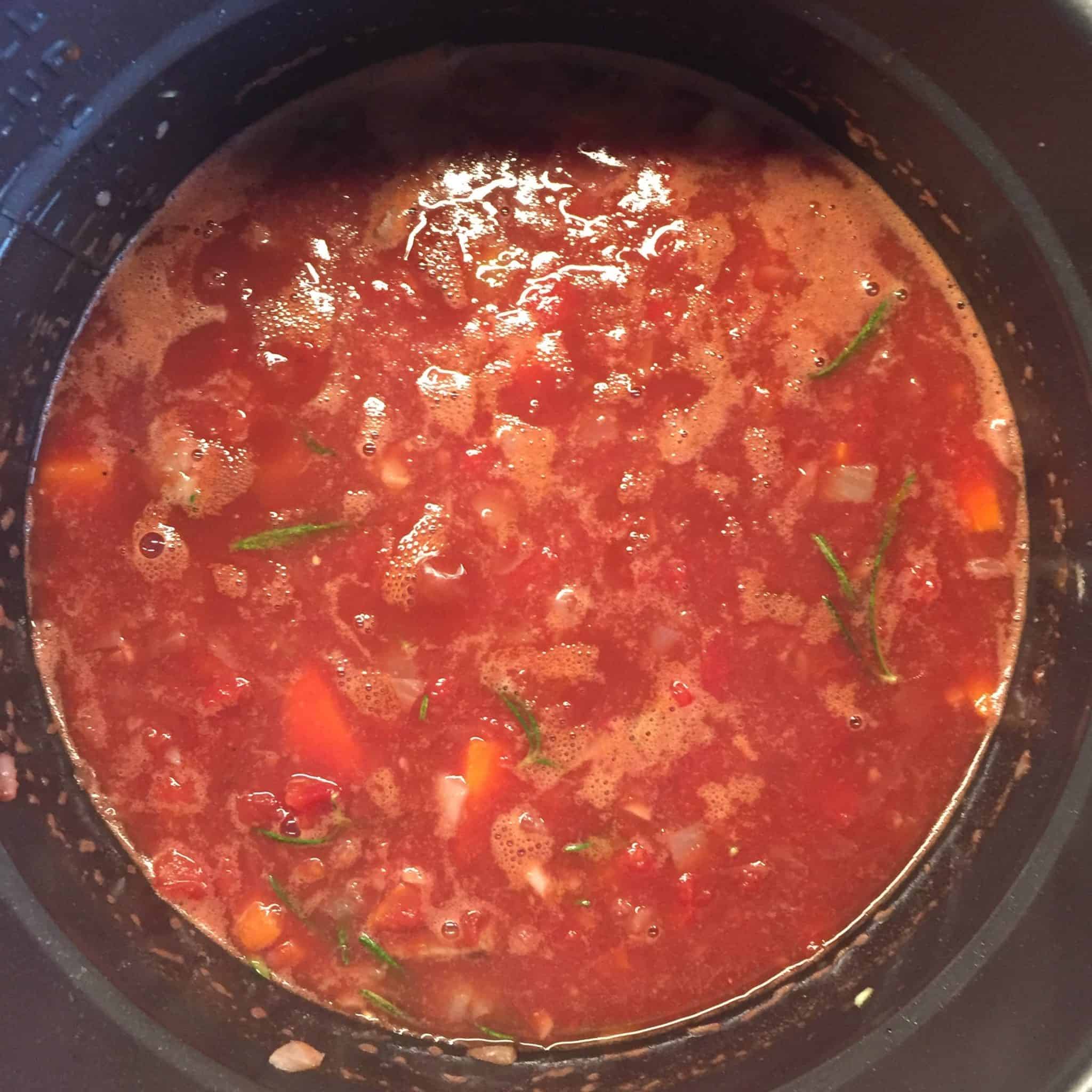 Too much liquid in my lamp stew. 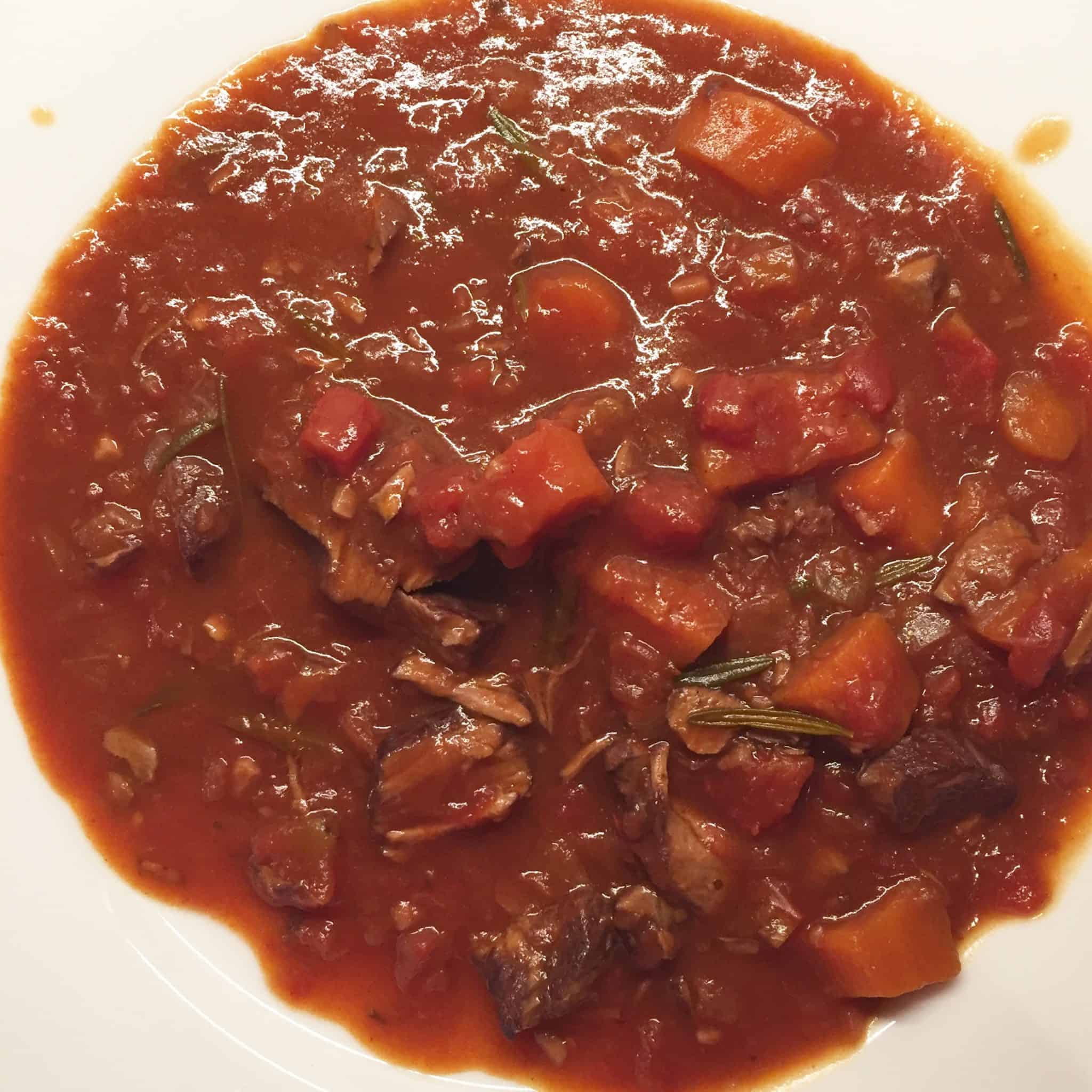 As you can see, it’s rather juicy, and Ava said “This is nice soup mum!” Hmm. At least she liked it, even it was rather watery!

My biggest triumph so fat was macaroni cheese. It was so easy and quick, and Ava gobbled it up, and asked for seconds (which NEVER happens!) I asked her if it was a thumbs up meal, and she said “If I had ten thumbs, they would all be up.” High praise indeed! I also plucked up my courage and made a pork loin in cream sauce, which was so easy and delicious. It only took about half an hour, and was cooked perfectly. I also made spaghetti bolognese sauce from scratch, but found it tricky to drain off the fat from the mince as there is no handle. You can cook a whole chicken in it but I haven’t had the courage to try that yet!

HOW COULD THE PRESSURE COOKER BE IMPROVED?

When you stir food in the pressure cooker, the bowl spins around, so it would be great to have some kind of handle to hold on to. I just use a tea towel to protect my hand, which works fine.

The instructions are good and it’s nice that there are some recipes in it, but I would have liked to see some more basic recipes, as they were all a little fancy for my taste. I ended up buying a pressure cooker book from Amazon*, which really helped give me the confidence to try new things.


This pressure cooker may be big, but it really earns its space in my kitchen, as it’s so versatile, and easy to use (now that I’ve got the hang of it!)