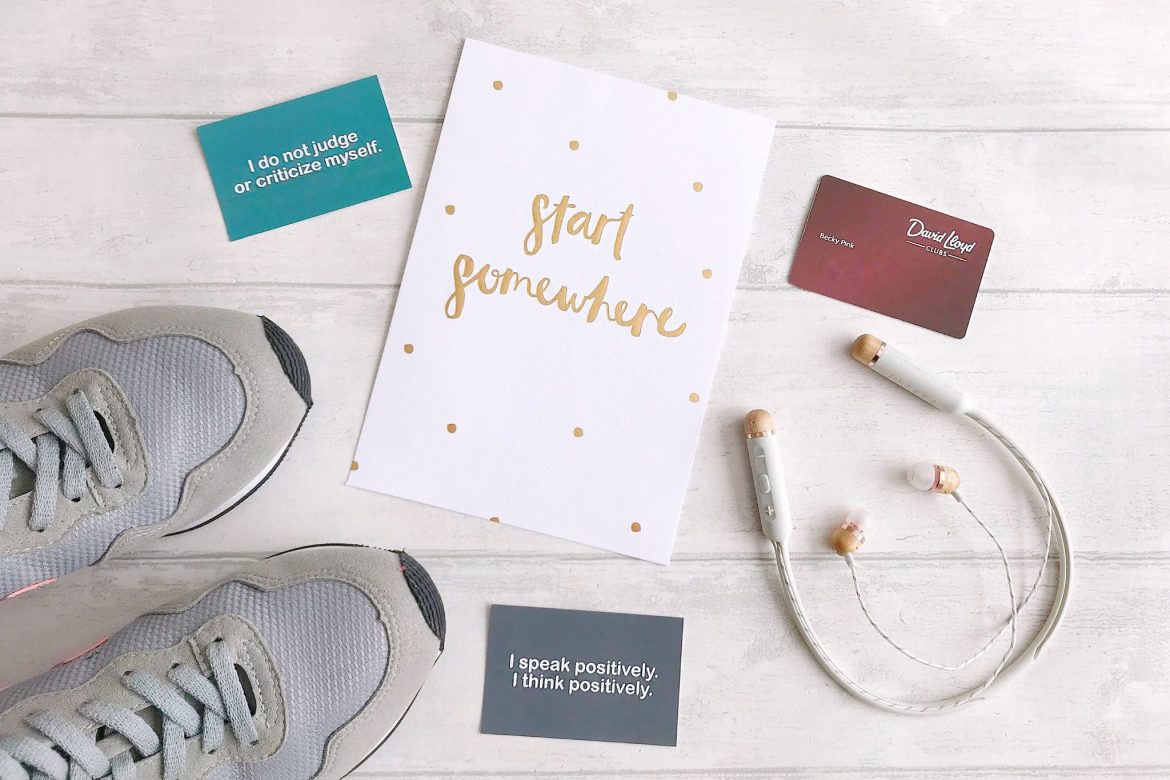 The Life-Changing Magic of Exercise with David Lloyd

{Ad-Review} Membership gifted in an unpaid collaboration. All opinions are honest, as always.

Last year, I was forced out of my comfort zone. We were gifted a family membership at our local David Lloyd Health Club, so that I could share our experiences with you. I didn’t hesitate to say yes, as I knew this had the potential to be life-changing. But I was pretty nervous, I have to admit. So how are we getting on with exercise goals at David Lloyd?

Well, it has honestly turned out to be pretty life-changing for me.

I have always been an exercise-dodger, so even the thought of working out at a gym was enough to bring me out in a cold sweat! But instead of a cold sweat, I have been working up a (very hot) sweat. What a turnaround! From avoiding exercise, to booking classes on the David Lloyd app, in the space of six months is amazing progress for me.

From Dodging to Accepting Exercise with David Lloyd

I’ll readily admit I have had a few periods when it has been a real struggle to get to the gym. December was a bit of a write off, exercise-wise. I had so much freelance copywriting work on, Ava got ill twice and as I am a Christmas freak, my prep took over. Then there was the Christmas diet…

This has been my diet for the past two weeks. I think it’s time for a change 😝 We have so much left over though 🙈🙊 other than sellotaping my mouth shut, what can I do to stop the temptation? #toomanytreats #itsnotterrysitsmine #newyearsameme #helpme #theyaresoyummythough #timeforadetox

Half term was also tricky as both girls were ill. I couldn’t take them to the David Lloyd Kids Club, as I had planned. But do you know something? I actually missed it! Now that is something I never thought I’d say!

It’s fair to say my new gym habits have taken my friends and family by surprise too.

I can now quite regularly be spotted sporting my gym kit beneath my parka at the school gates. I try and go to a class after drop off, before I start work, or I have a quick session the gym before pick up. I’ve had a few people say “Are you going to the gym? Again?” with a slightly incredulous look on their faces. And that is totally fair enough. I can see them thinking who are you and what have you done with the real Becky. Well hopefully, this is the new Becky! I’ve been posting updates to Instagram and getting encouragement from my lovely Insta-friends.

I’m off to my first Zumba class at @davidlloydclubs_miltonkeynes – have you ever tried it? Pretty sure I’ll make a fool of myself but at least I’ll give every one a laugh! And I get to wear my lush @veja #ethical trainers 👟 Wish me luck! #mummetime #veja #fitforlife #tryingtogetfit

Instead of being really quite nervous about going to a group exercise class, I now feel reasonably at home. Don’t get me wrong, I still wobble about all over the place and huff and puff. But I have got over that fear. I’ve realised that the only way to conquer this fear of exercise is to just get on with it.

We’ve found a few ways to get over the initial fear:

The classes where I can keep up best are Pilates, BodyBalance™ and to a lesser extent, PiYo. The one that my body needs most is Yoga, but it’s also the one I find most difficult as I am not flexible. I ache for days afterwards, but in a good way, as I know it means I’ve had a good stretch. 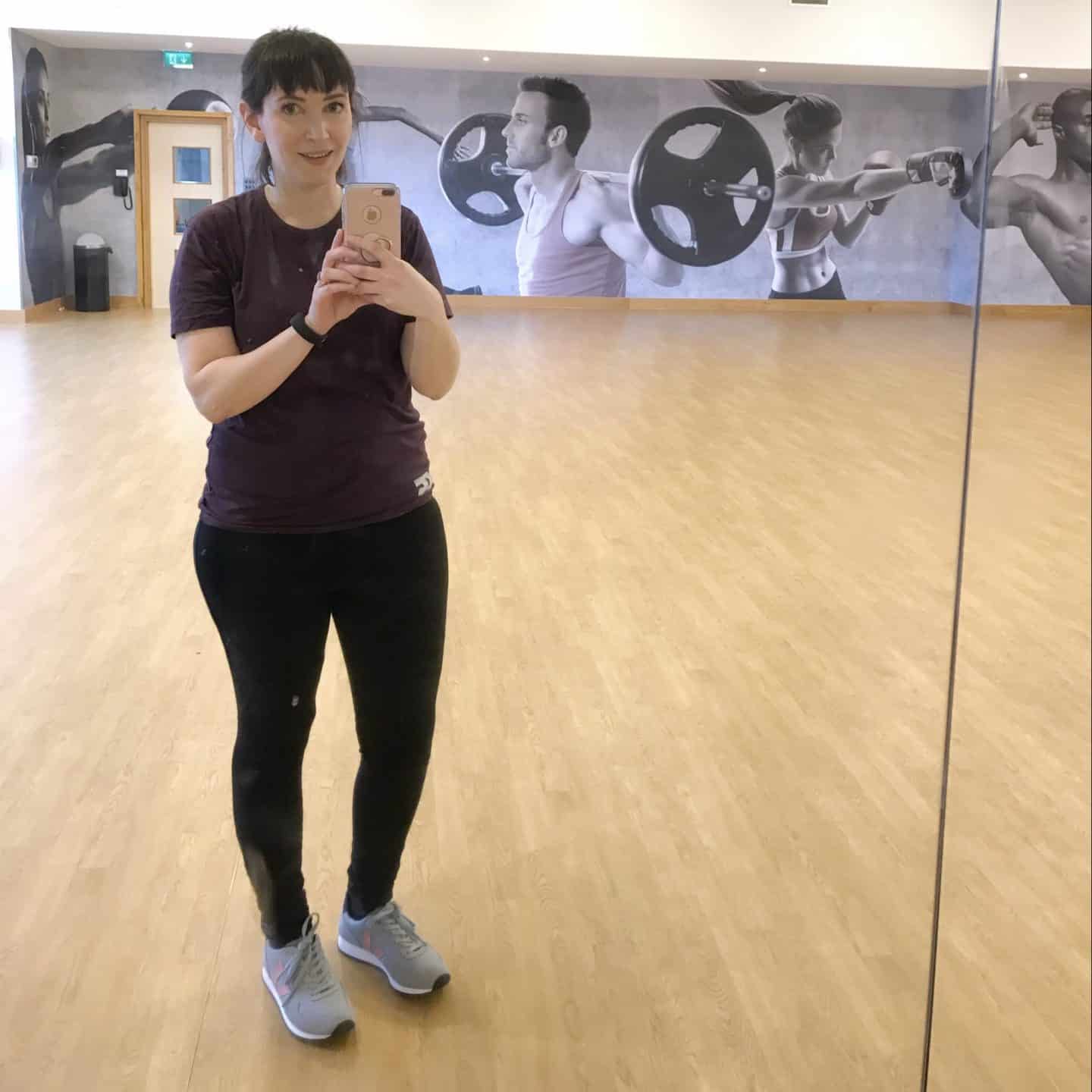 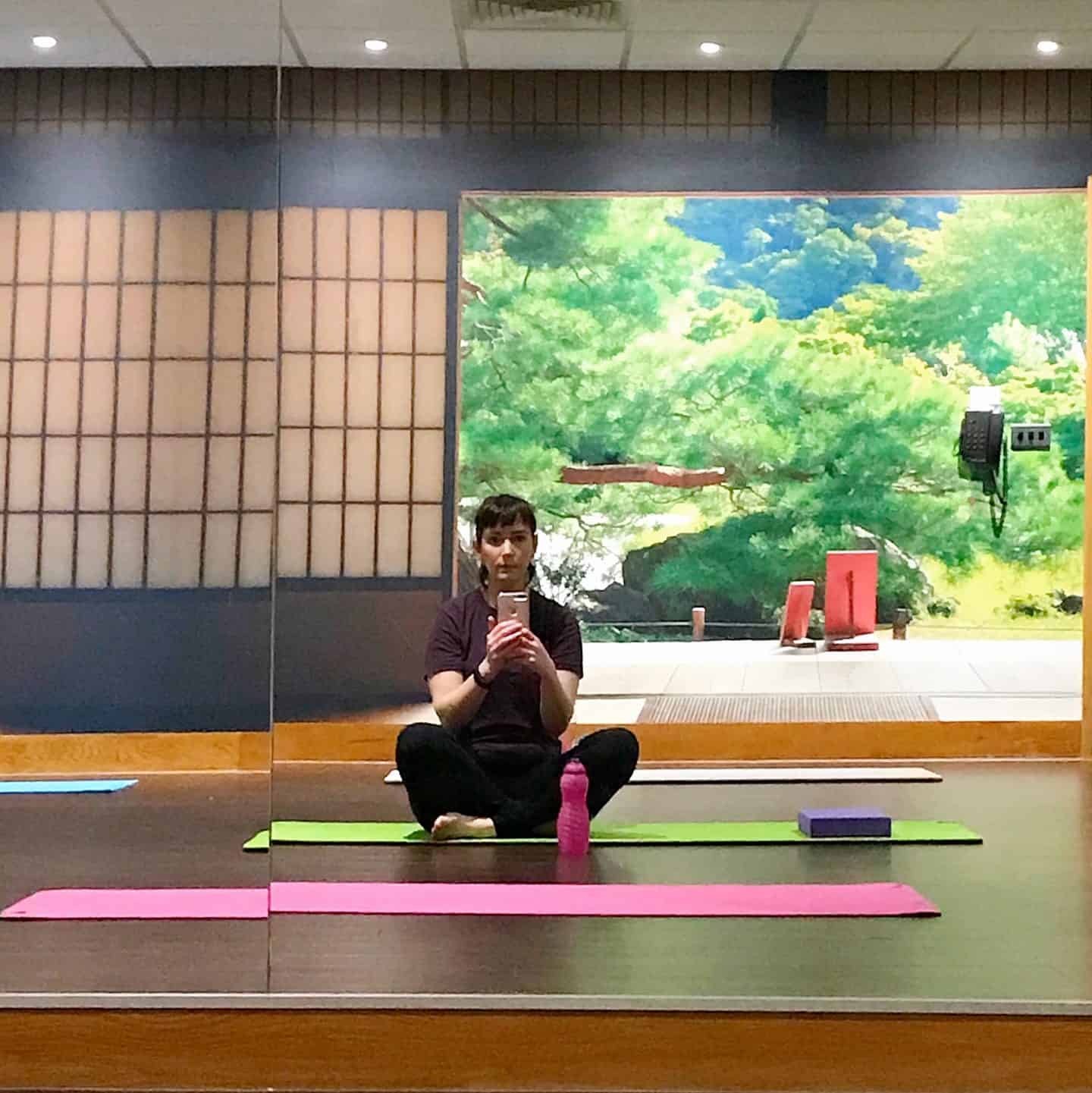 The classes I enjoy most are BodyJam™, Zumba and Aqua Zumba. I have only recently worked up the courage to go to Zumba and BodyJam™ and I wish I’d gone before. They are super hard work, to the point where my contact lenses start steaming up! I love the teacher for BodyJam™ and Zumba – she is so enthusiastic and fun and really pushes you but in an encouraging way. the classes move so fast, so it is hard to keep up. It’s great for your brain as well as your body, as it’s really hard to keep up and remember all the steps.

We’ve really only scratched the surface of the classes available at David Lloyd. There are tonnes of cycling classes, BodyPump™, Insanity, BodyStep™, and BodyVive™, plus lots in the actual gym area too. There is plenty to keep your interest! I haven’t used the pool as much as I thought I would – but that’s just down to time. After Aqua Zumba, I do a few lengths, and then hit the hot tub. Needless to say, I haven’t been in the outdoor pool since this photo was taken, but it has been so cold. 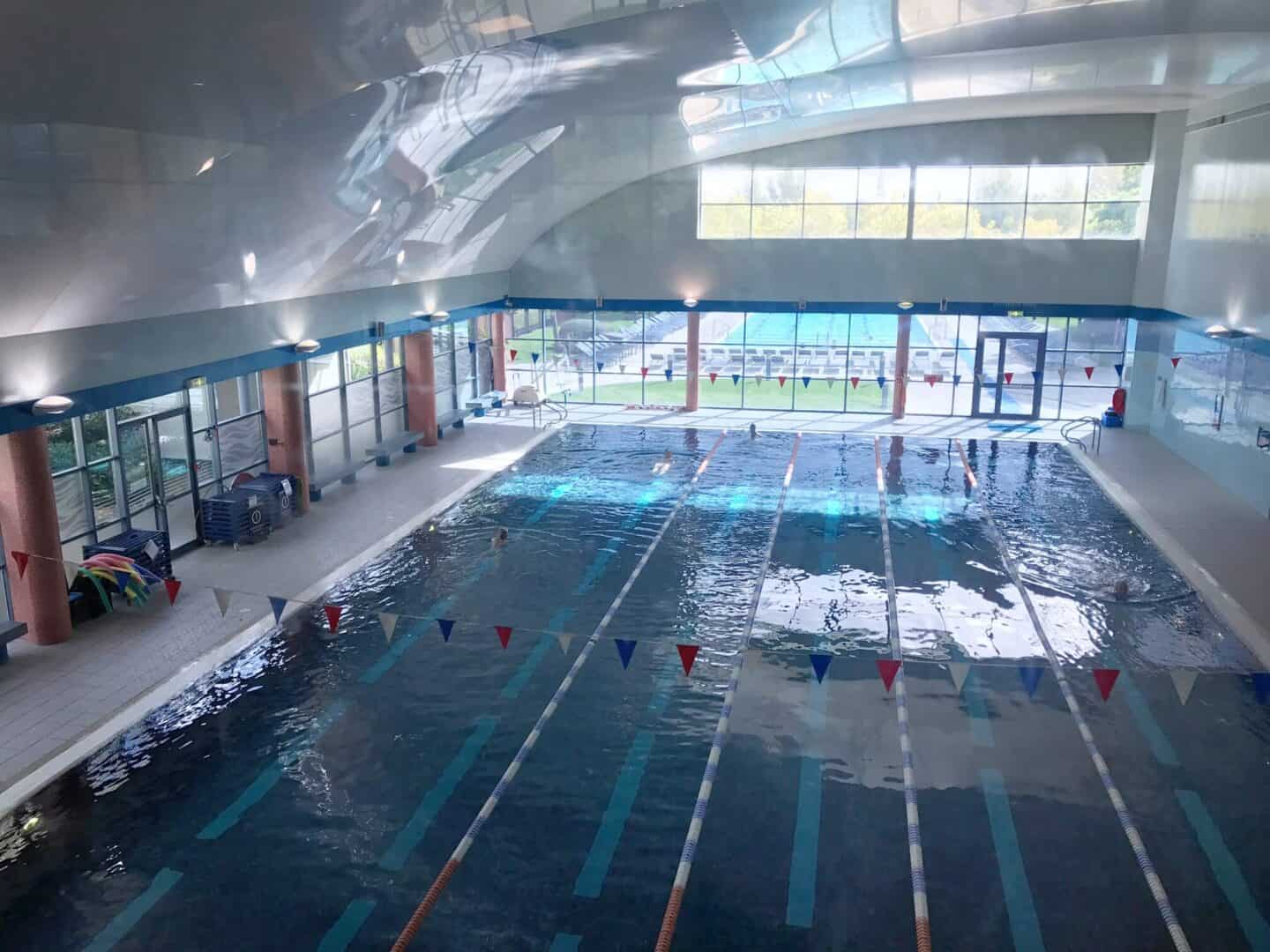 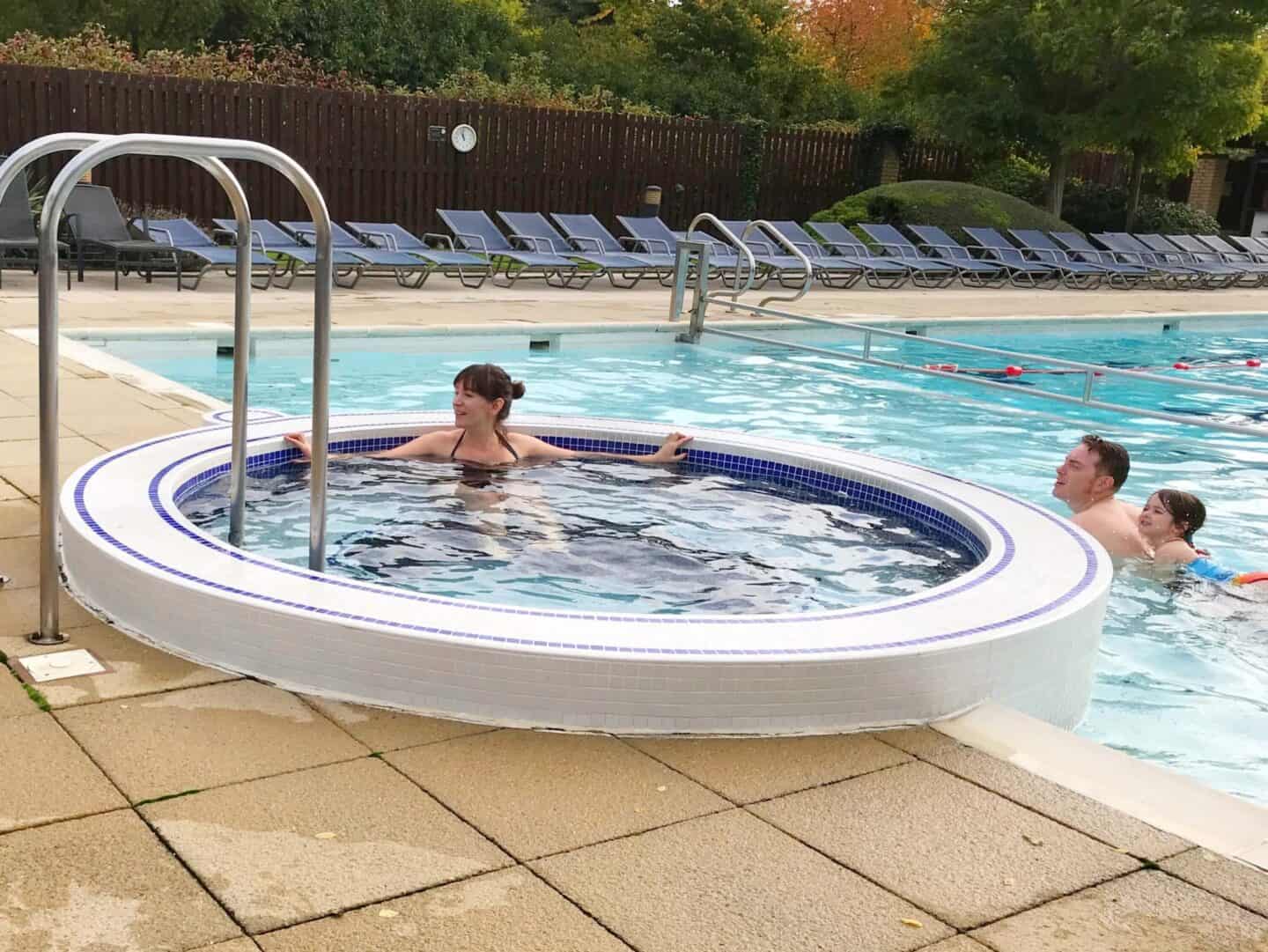 The Gym at David Lloyd

In the actual gym, I’m surprised to discover I’m enjoying the rowing machine. I did have some sessions to show me how to work the equipment, but I can’t really remember it, and didn’t really like the weights etc. So I just stick to the Woodway running machine, though I just do fast walking, the exercise bikes and the rowing machine. I am listening to podcasts as I exercise, which is brilliant as I didn’t ever find the time to listen to them before. I love a bit of multitasking. Maybe one day I will use the other equipment, but I still feel a bit like a fish out of water in there. But one step at a time, right? 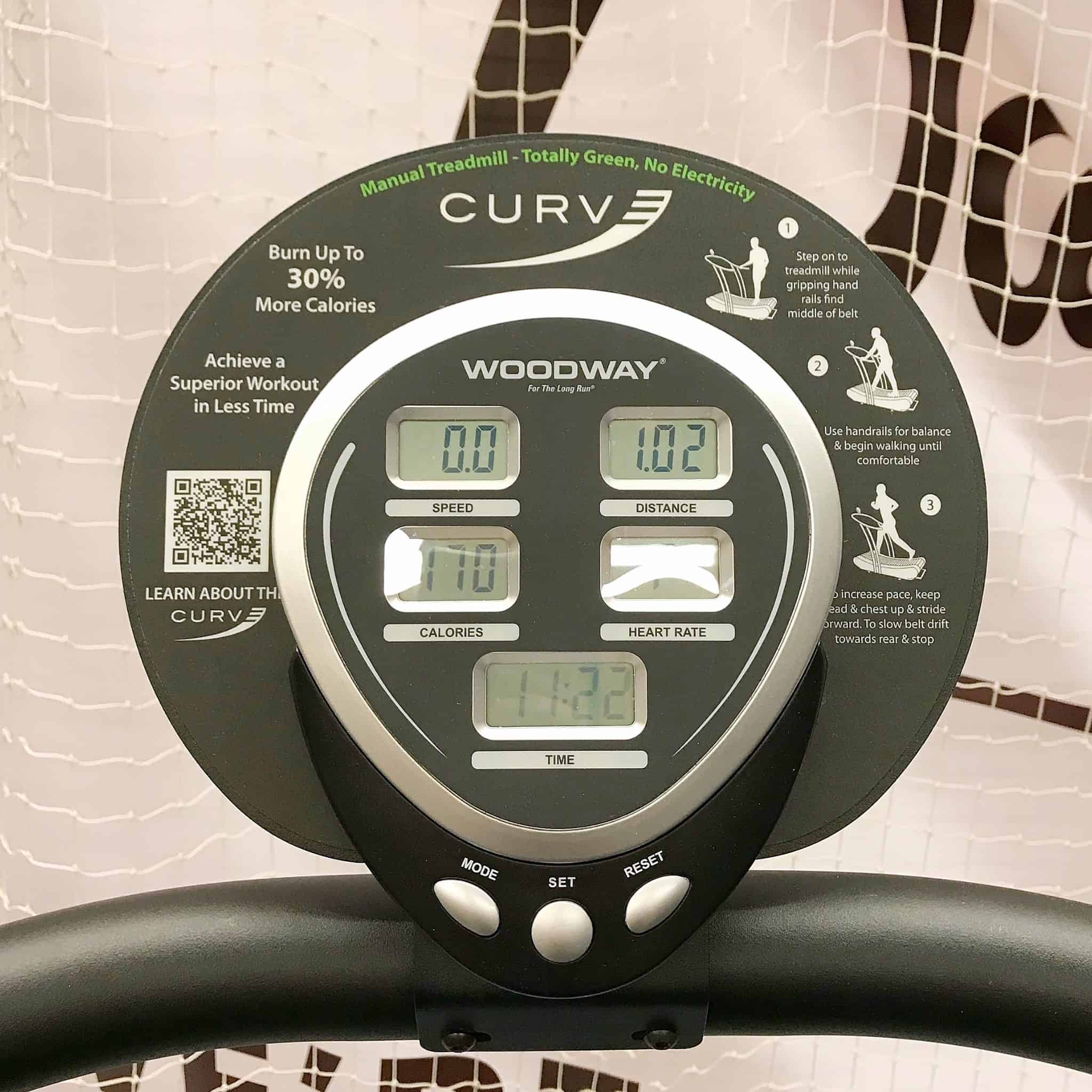 The Woodway exercise with David Lloyd The Bike exercise with David Lloyd The thing I find a bit upsetting is that you can see how few calories you’re actually burning. It makes me think twice before reaching for the biscuits though.

This week has been quite tough healthy-eating-wise, as it’s was Ryan’s birthday so I made his favourite carrot cake and we had a Chinese takeaway. The snow has been so awful I haven’t been able to go to the gym since Tuesday. It’s Thea’s 5th birthday at the weekend too, meaning there is a lot of sugary food about. 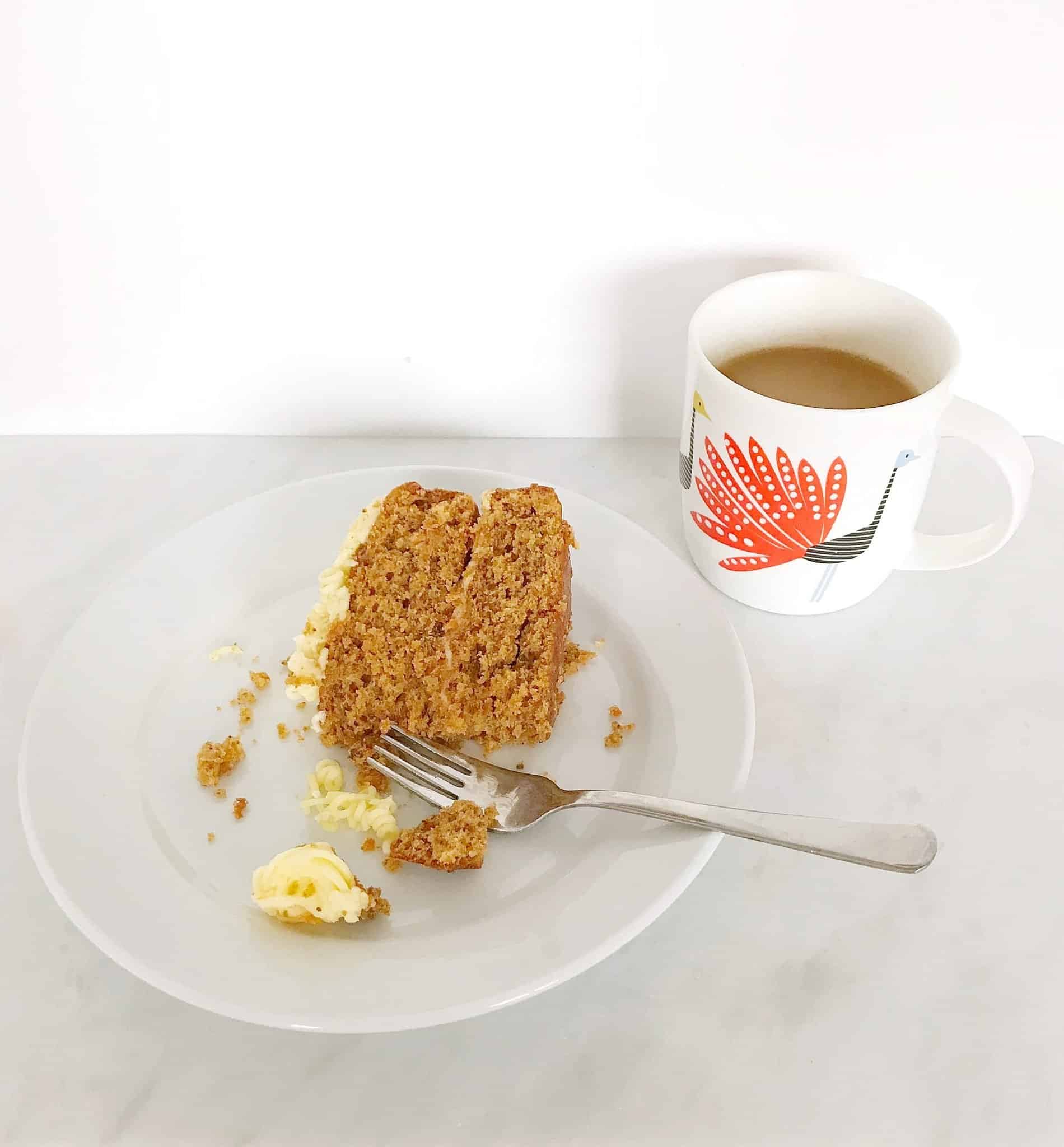 After a bit of a rocky start going to DL Kids club, the girls now love it. Thea even asks when we’re going to the gym! We only use it for them on a Saturday morning, where they go to a creative club, followed by a sports or dance club. That means Ryan and I can go to Yoga together. We are the short hamstring couple, and need to use blocks to do some of the moves that everyone else seems to do with ease! But we are definitely getting better. Even though it is a super-tough class, we do get a sense of achievement afterwards.

The girls love the soft play area, and Ryan often takes them swimming after their clubs. I have been a few times, and when I do the girls are super happy. I’d like to do this more often but I am normally so tired after Yoga I can’t manage it! We have made good use of the cafe at David Lloyd, which has a good range of food. I can recommend the smashed avocado on toast, which I’ve enjoyed several times with one of my best friends, who joined shortly after we did. I’ve also been able to have quite a few business meetings at the lounge at David Lloyd. It’s pretty quiet in there and the coffee is good. It feels bit strange sitting at a meeting in your gym kit, but it’s OK if you both are! I sometimes work there too. 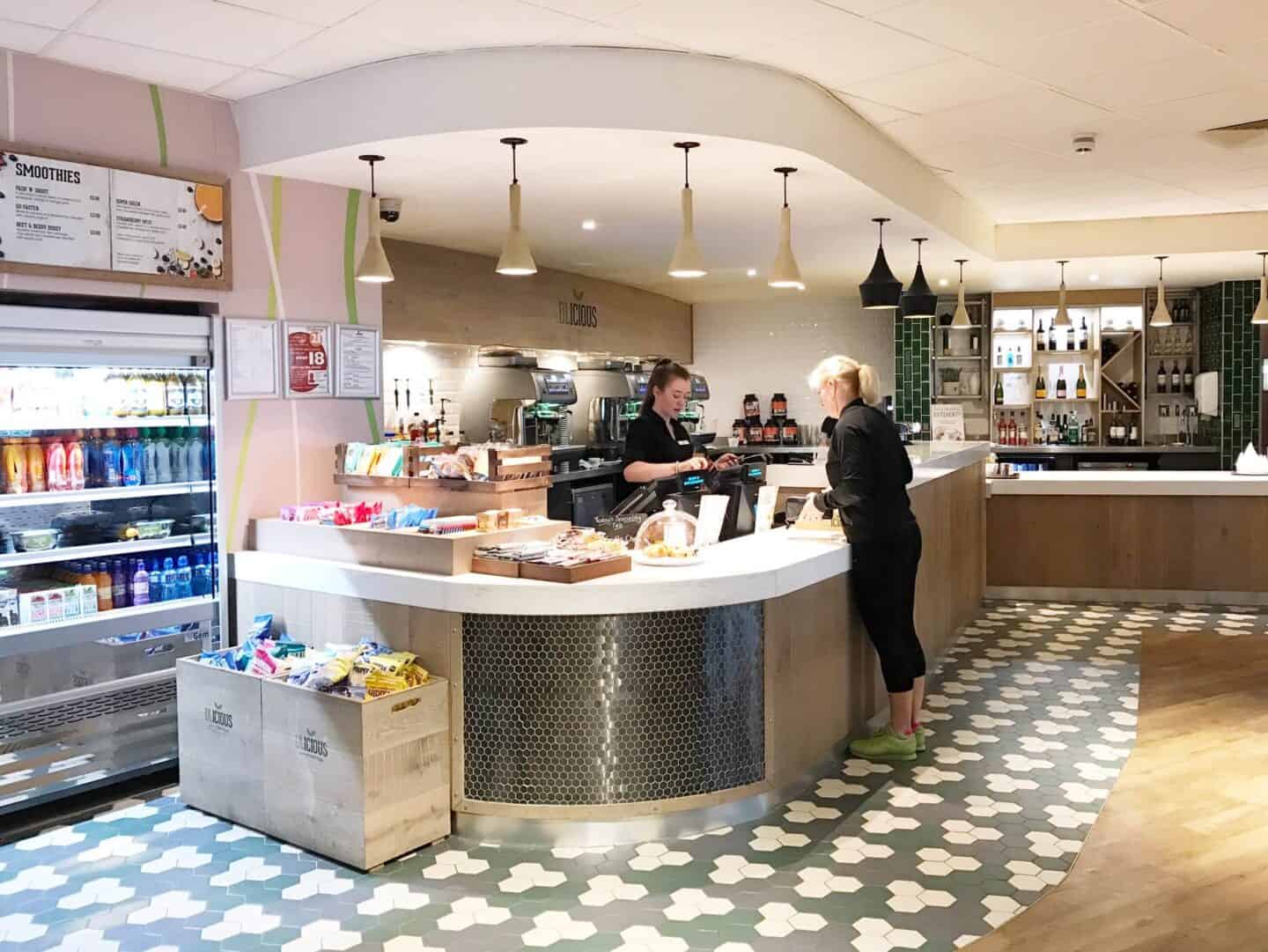 Have We Got Fitter With our Exercise at David Lloyd?

Right at the start of our David Lloyd fitness journey, I said I wasn’t really doing this to lose weight. Which is lucky, as I haven’t! I would love to tell you I’ve lost half a stone, but I actually think I may even have put on weight! I have to say I am a bit miffed as I have been working pretty hard. Maybe it’s muscle though? I have also been quite naughty, thinking that I can eat more as I’ve done exercise.

My fitness levels have definitely improved though, which is what I’m more interested in. I feel stronger, more flexible, and generally healthier. I also think it’s helped with my stress levels.

And it may be my imagination, but I think I can just about see the beginnings of some muscle definition beneath my mum tum. That might be wishful thinking, but it is motivating me to do more.

Even more importantly, my back problem is feeling so much better. I put this down to the Yoga and also that my core and back are generally stronger. It does still hurt, but not as much, and not as often. So that is a huge bonus for me. I can still feel it twinging, for some reason whenever I do the Bridge in Pilates, but now I know what to look out for so can avoid it more easily.

Ryan has lost weight, gained fitness and he finds it a good way to relieve some of the stress of his job. His weight, fat percentage and mass, and BMI have all gone down, but most amazing of all, his Metabolic Age has gone from around 36 to 31! October: on the fringe of obesity 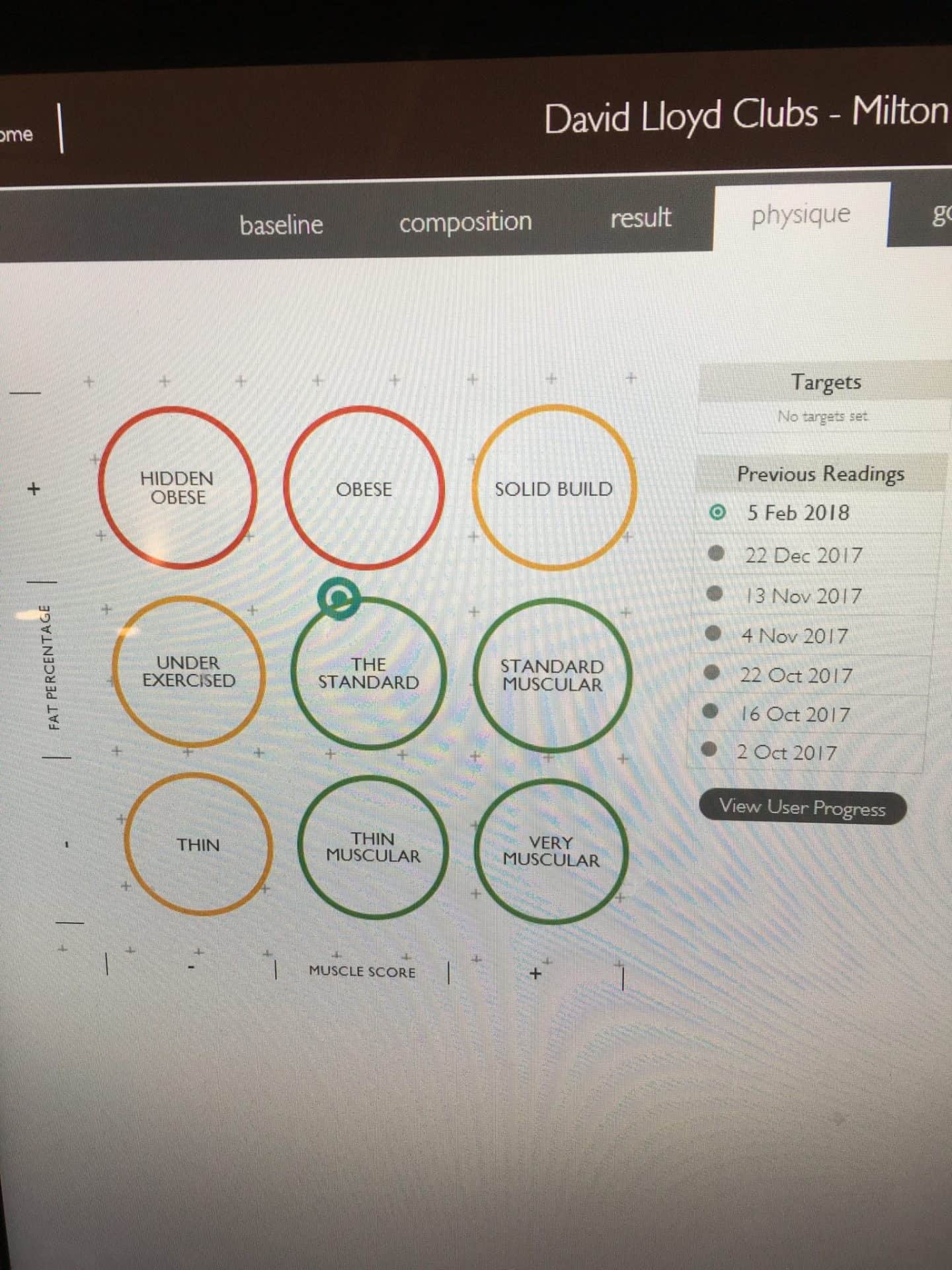 February: in the normal range 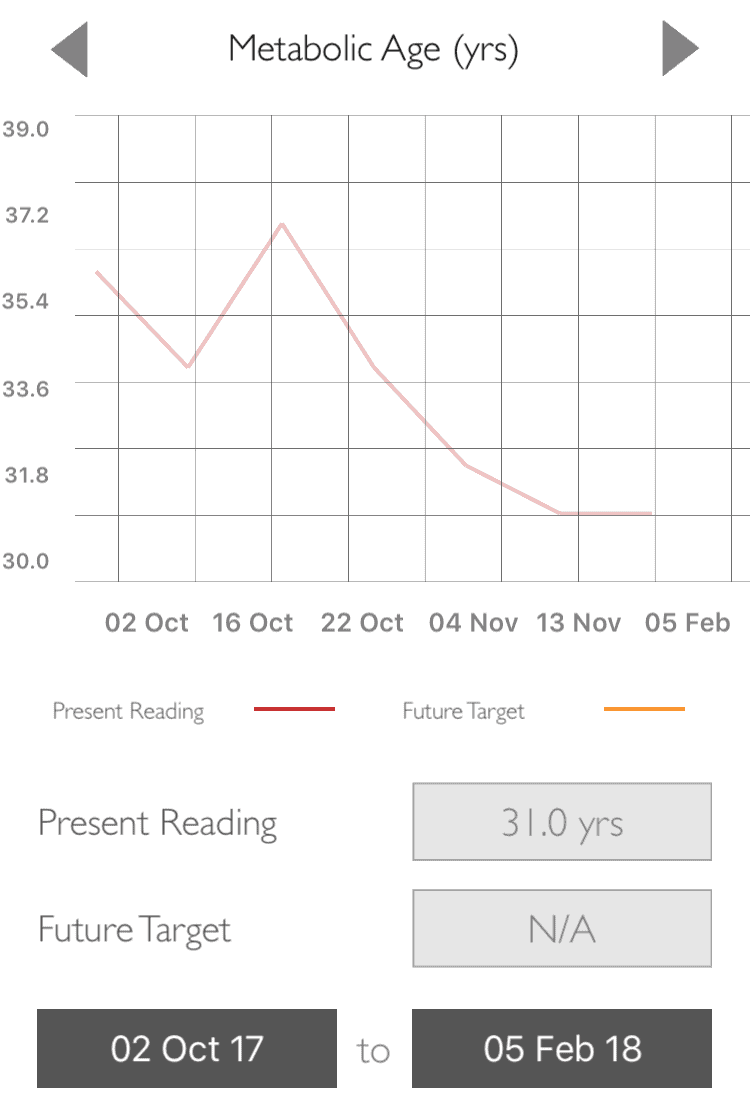 The Life-Changing Magic of Exercise with David Lloyd

I will never be a gym bunny. I struggle to make the time to go to the gym, but I do feel like I have broken through a big barrier. Even though it’s normally the last thing I want to do early on a Saturday morning, I have been pretty consistent going to Yoga. My weekly average gym session is between two and three, so I think I need to up that a bit. Having accountability that I need to report back to you has helped, as has a friend joining shortly after we did. So I am really hopeful that this is the start of a lifelong tolerance (I don’t think I can go as far as love just yet) of exercise. I have overcome my gymphobia, and feel much more comfortable in that environment. I think I am just getting into my stride after six months, and I am so grateful to David Lloyd for giving us this opportunity.