Our new kitchen gets delivered sometime today, so the last week has been spent ripping out the old one, and getting the room ready. We really hope this is the half way mark, as it’s been pretty stressful living with no kitchen! I wrote a post about how we were planning to cope without a kitchen, and that planning ahead has helped but my plans to actually cook have gone out of the window! To be honest, this week has been really difficult, but the end is in sight!

So a reminder of our kitchen before. A symphony of orange! It turns out there were lots of things wrong with it, which I explained a few weeks back, in a post which also shows how we hope the new kitchen will look. The old oven finally broke a few weeks back. 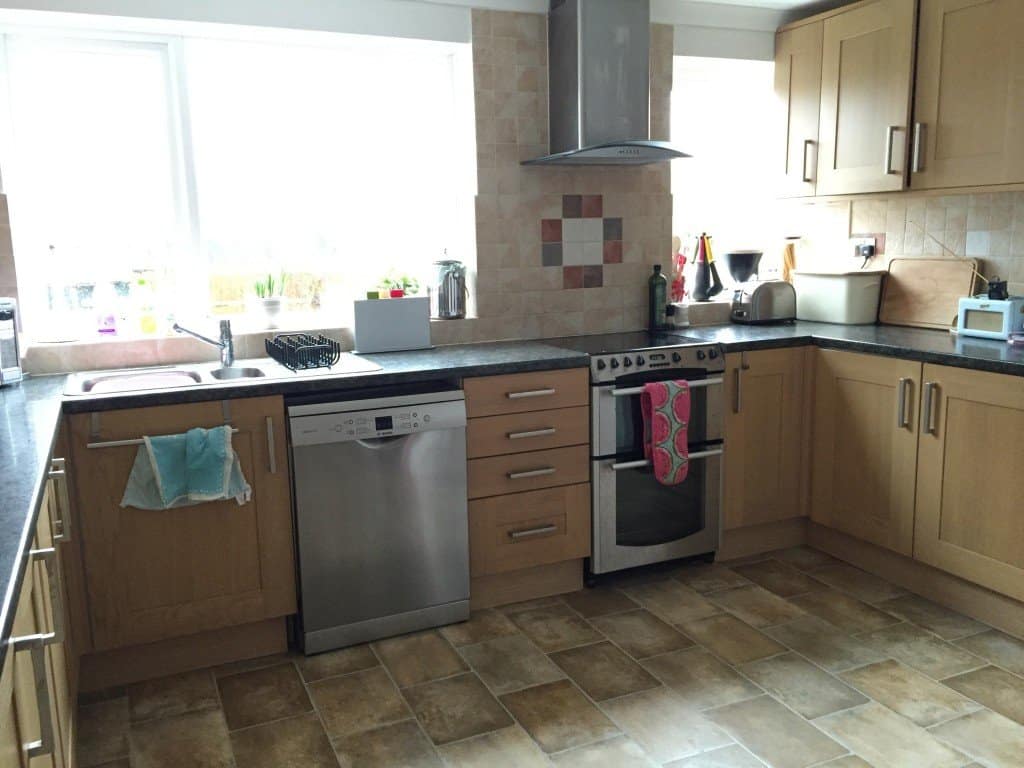 this to your best board

DAY ONE OF OUR KITCHEN RENOVATION

The workmen arrived with their sledgehammers and crowbars to begin removing the old kitchen. I sold the cupboard doors on Gumtree to a lady who had matching ones and wanted more. She also took the cooker hood for her dad, and the corner pull out unit and drawers. We gave the top cupboards to our electrician for his garage and he also took some other bits of wood and worktop. We gave away the built in fridge to a guy on Gumtree. There was an awful lot of crashing and banging but at the end of the day, we were left with bare walls and just a sink, the dishwasher and oven.

DAY TWO OF OUR KITCHEN RENOVATION

The electricians came to install the new electrics and lights. It was pretty chaotic! And the dust… good grief. They had to dig loads of plaster out to make channels for new electrics. 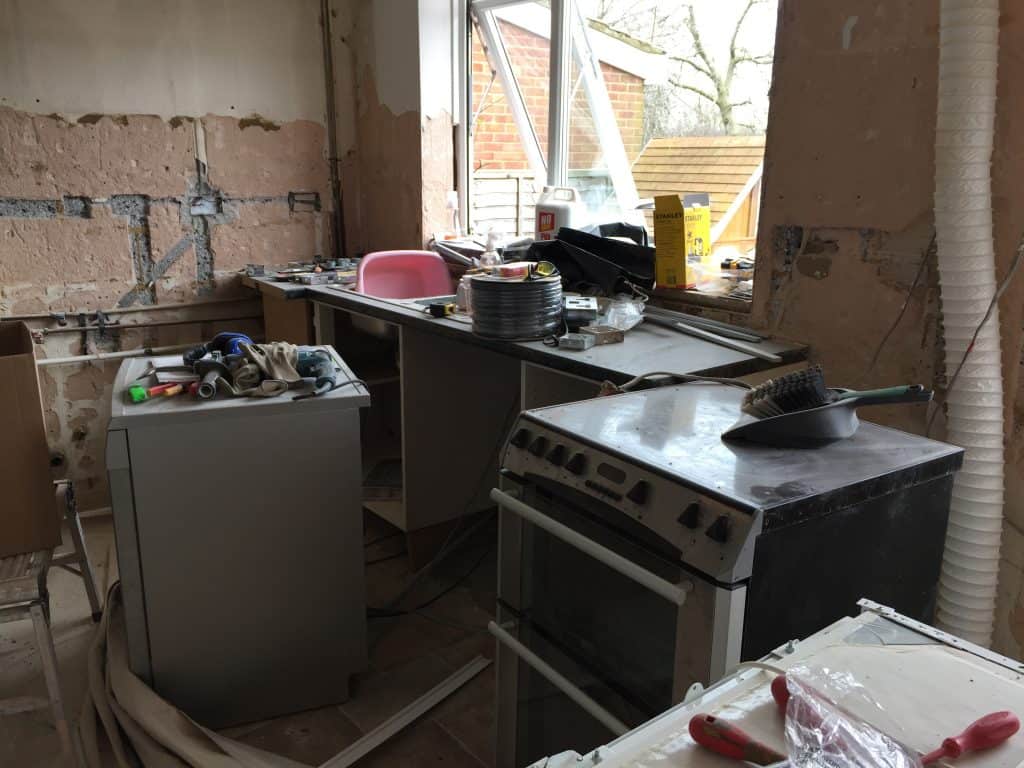 They have had to rewire the whole kitchen as it was such a mess. It makes me glad we went for the total reinstallation, rather than trying to make do with what we had, as it sounded kind of dangerous! By the end of the day, the new spotlights were installed in the dining area, and the pendant moved to be over the dining table. 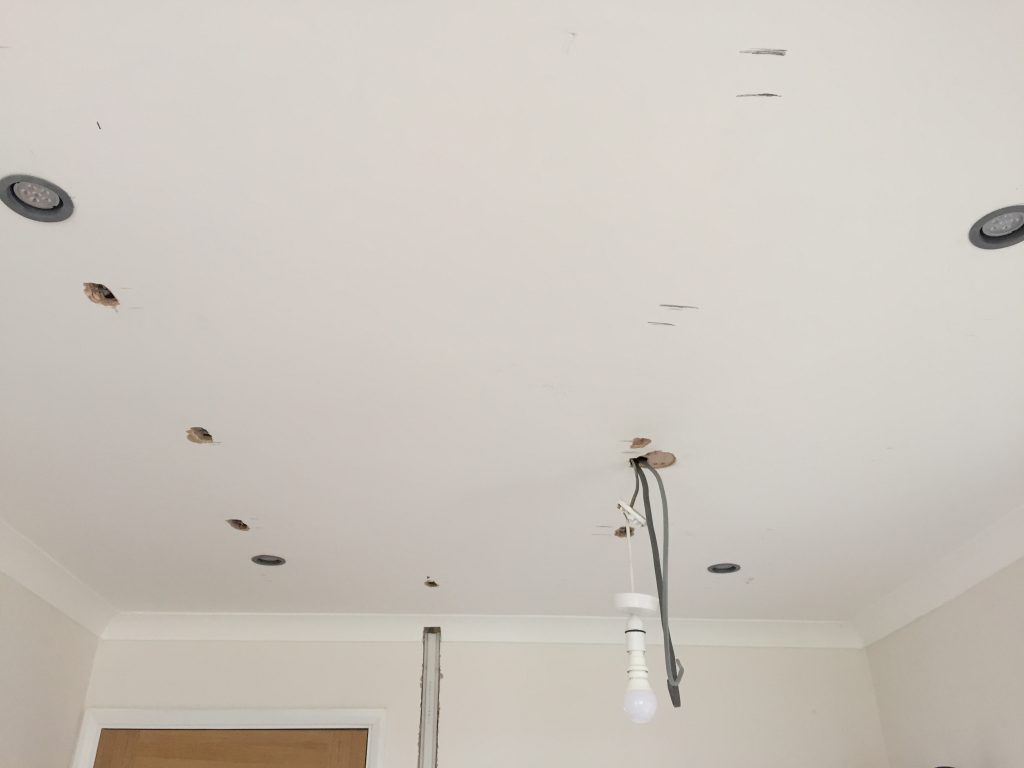 You can also see the channel they dug out for the new light switch, and some other holes that need patching up.

DAY THREE OF OUR KITCHEN RENOVATION

This was the day that they pulled the ceiling down. This was not part of the plan, but upon closer inspection, it was sagging in the middle and as we are having inset spotlights installed, it will be really obvious. It’s due to the water leak we had a few years ago which prompted our bathroom renovation.

I had to go out as there was so much dust and noise. When I got back that evening with the girls, the ceiling had already been boarded and plastered!

It was also the day the sink and dishwasher got disconnected. We’ve sold the dishwasher, as it was only a few years old and a good Bosch one. But the sink got chucked in the skip, as it was not worth saving.

DAY FOUR OF OUR KITCHEN RENOVATION

On Day Four there was more plastering of the walls and more electrics. They also removed the coving from the dining area as they had to remove it from the kitchen part, and we want it to match. This is the skip. I’m pleased to say that due to giving a lot of stuff away, there isn’t THAT much in there, yet. Mainly rubble and tiles and bits of broken cupboard. 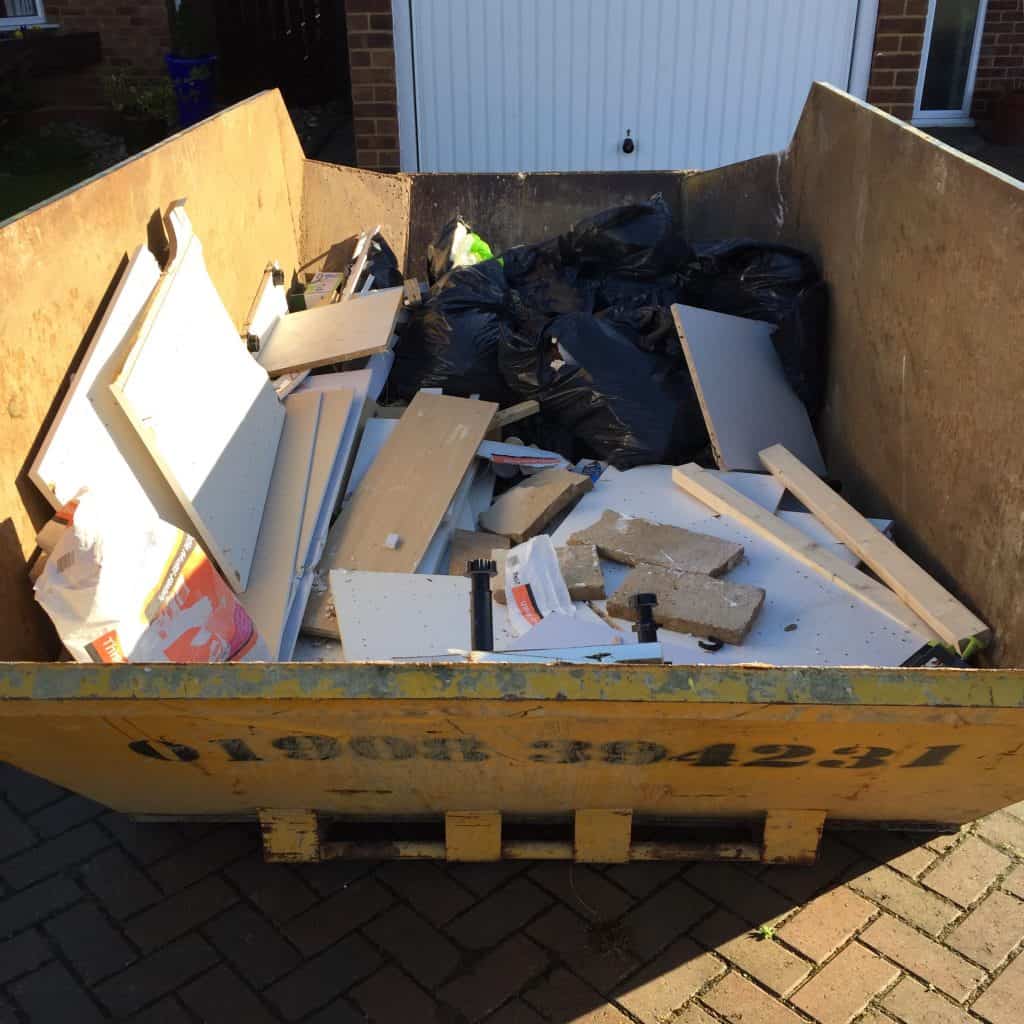 DAY FIVE OF OUR KITCHEN RENOVATION

On day five there was even more plastering! You can see the new plug sockets all along the wall. 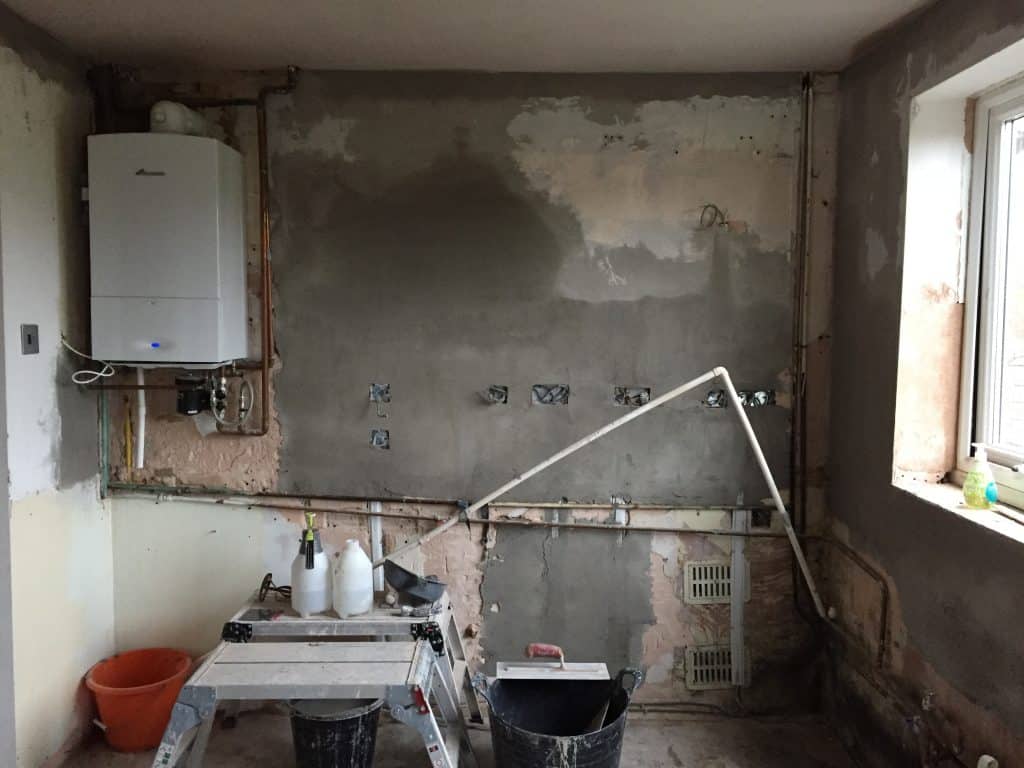 The ceiling didn’t take long to dry but the walls took longer. 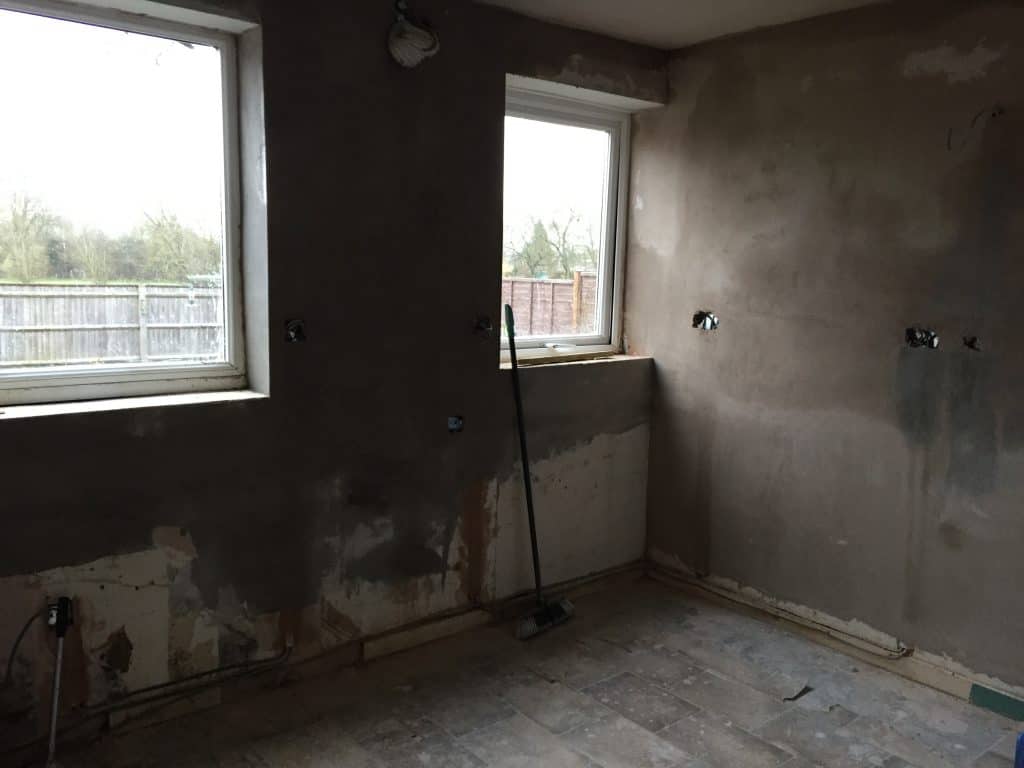 The dining room ceiling is all patched up and the light are so bright! 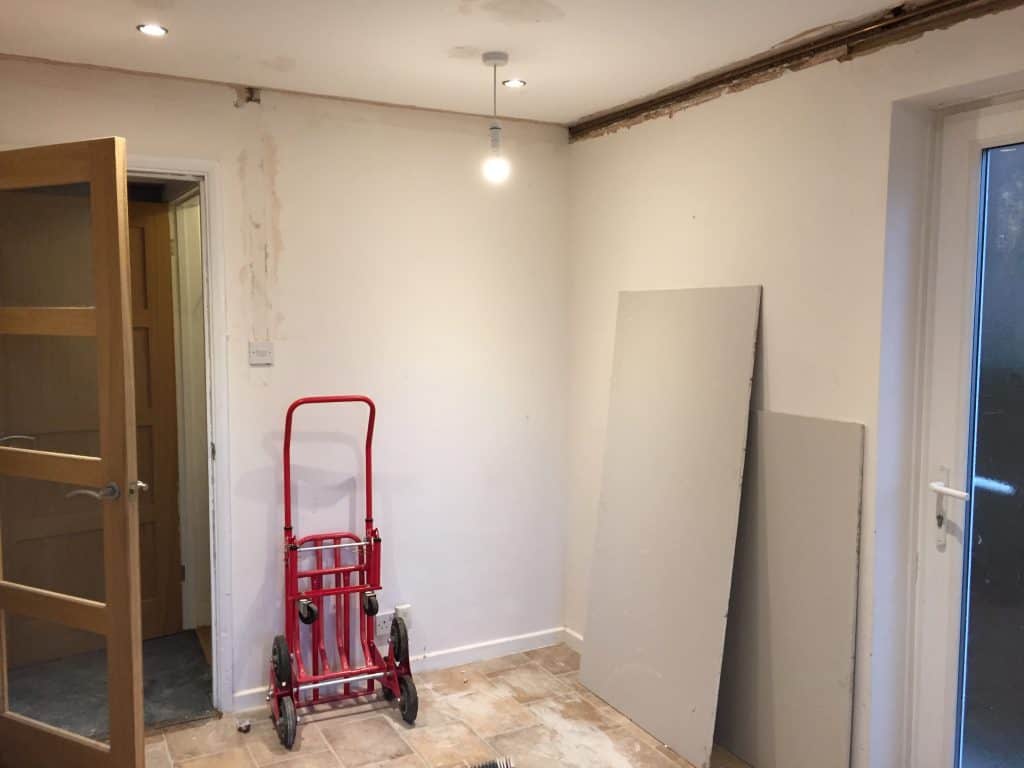 DAY SIX AND SEVEN OF OUR KITCHEN RENOVATION

Over the weekend we have been waiting for the plaster to dry, and Ryan managed to get one coat of white paint on the ceiling. We tried to stay out of the house as much as we could as it’s such a mess everywhere else in the house. It was Thea’s birthday so we went out for lunch, and her party was on Sunday. Ava is getting quite stressed out at the mess everywhere, saying she wants the old kitchen back.

DAY EIGHT OF OUR KITCHEN RENOVATION

Monday rolled round again and the radiators were replaced and the pipes in the dining area boxed in and plastered. I’m really pleased we decided to have the coving down. Even though it’s a little annoying to have the box there, it’s better than the coving!

We chose these Acova 2 Column radiators from B and Q to match the ones in the lounge. Even though they are kind of traditional in shape, I think they go well as they are white and simple. The guys also discovered that the kitchen part of the room is about an inch higher than the dining area. So they need to level the floor. We knew it would need some work as there is a lump along the floor where they must have knocked through years ago. But they will have to chisel it out and then pour over quite a lot of self-levelling flooring. They hope to have it finished by the time the kitchen is delivered! 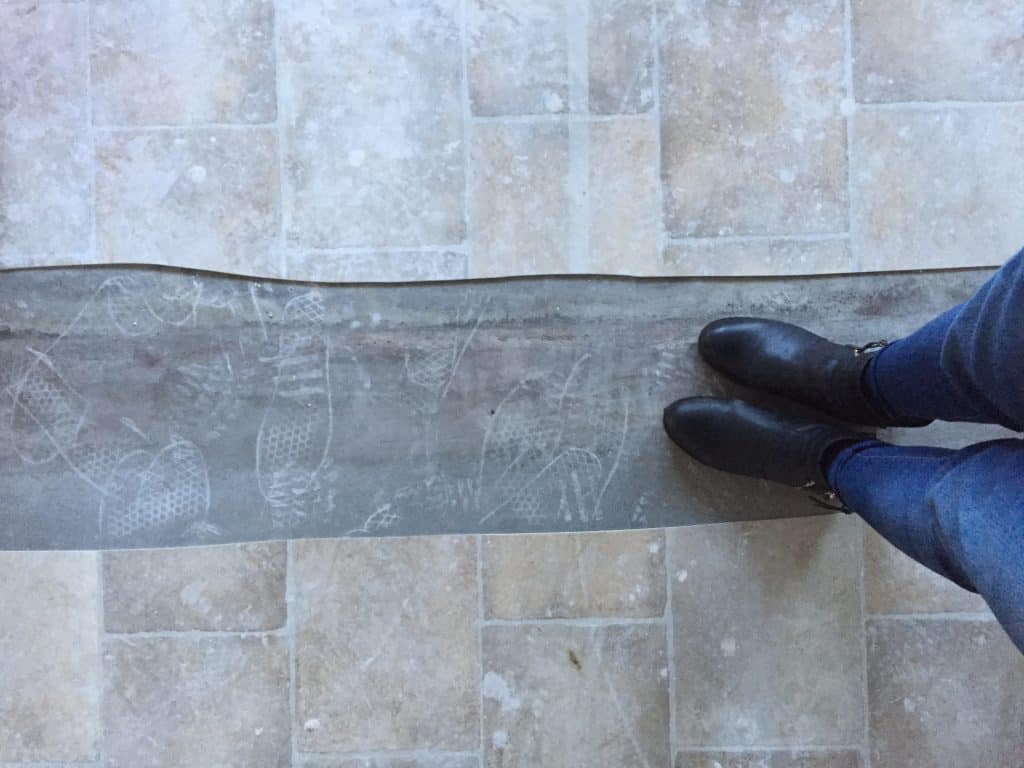 They cut a section of the lino out to see what was underneath. Look at all the dusty footprints. Our whole house kind of looks like that too.

Last night, Ryan painted the first coat on the walls and the second on the ceiling. We have decided on matte Brilliant White as until we get the cupboards and worktops in, it’s impossible to get the shade right. We’ve bought loads of testers but don’t like any of them. So white it is, for now at least… 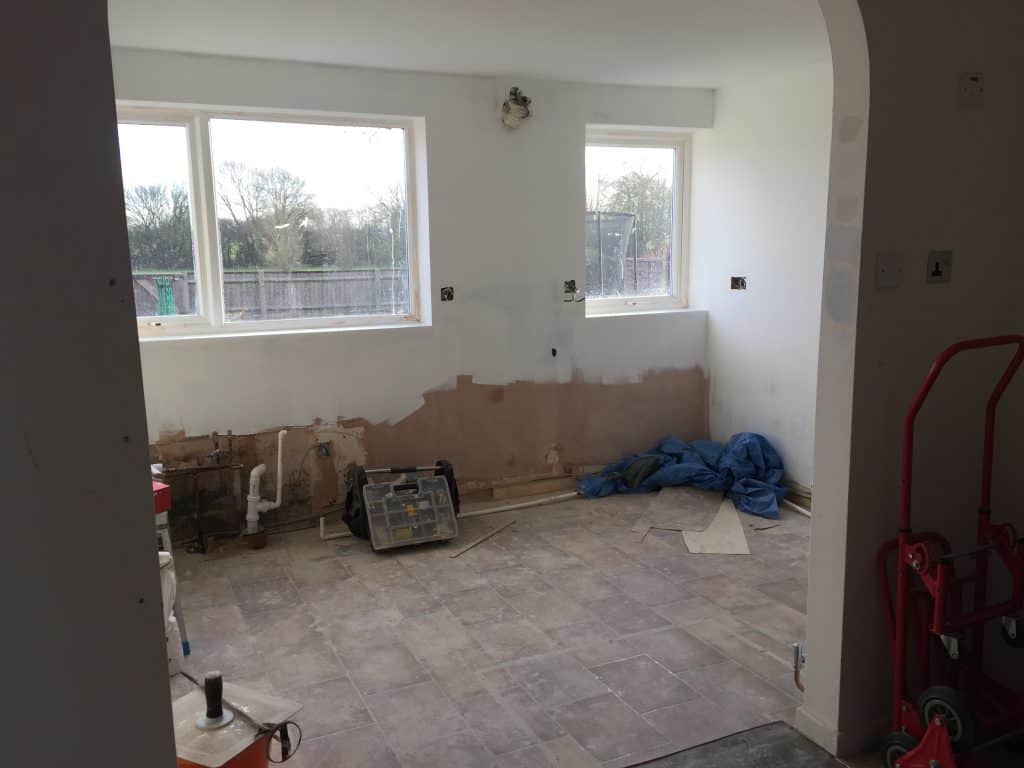 Check back in a week or so to (hopefully) see the finished kitchen!

Have you done a kitchen renovation? Did anything go wrong? I’d love to hear tales of woe to make me feel better! 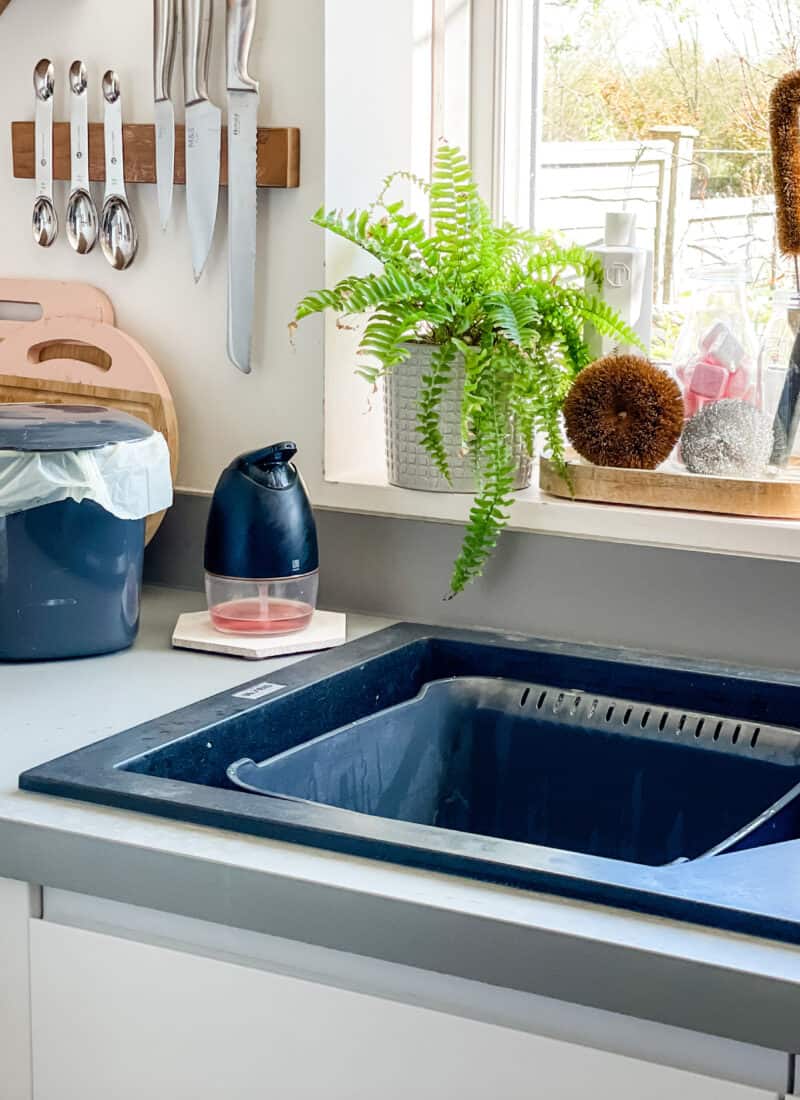 Easy Eco Swaps for a Plastic-Free Kitchen to Make Today 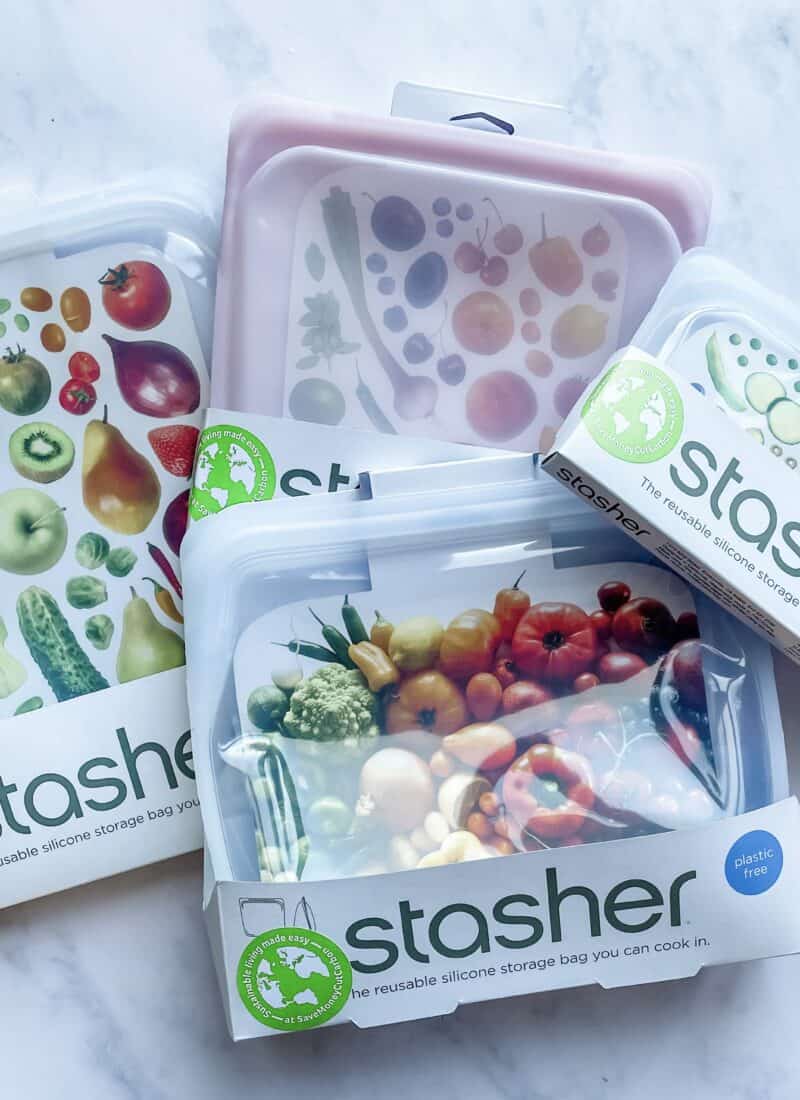 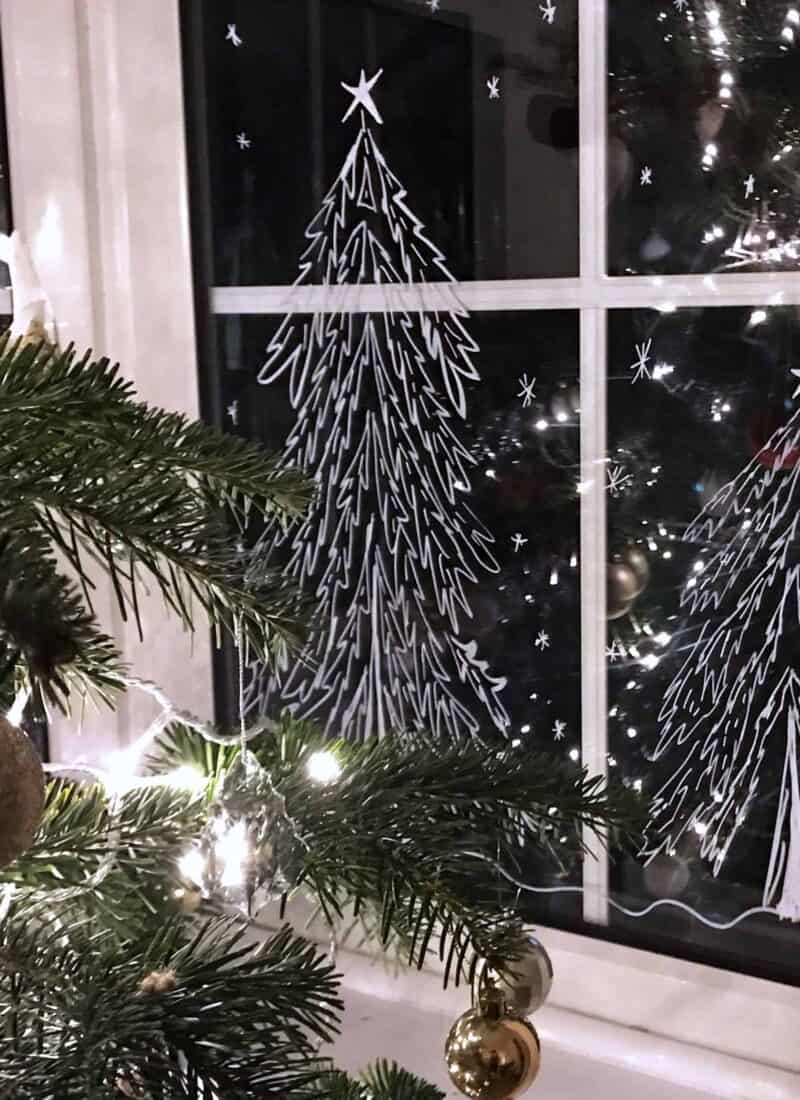 How to Decorate Your Windows for Christmas with Chalk Pens 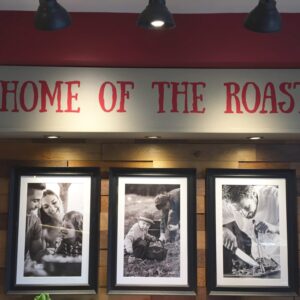 Enjoying a Roast at the Toby Carvery Northampton